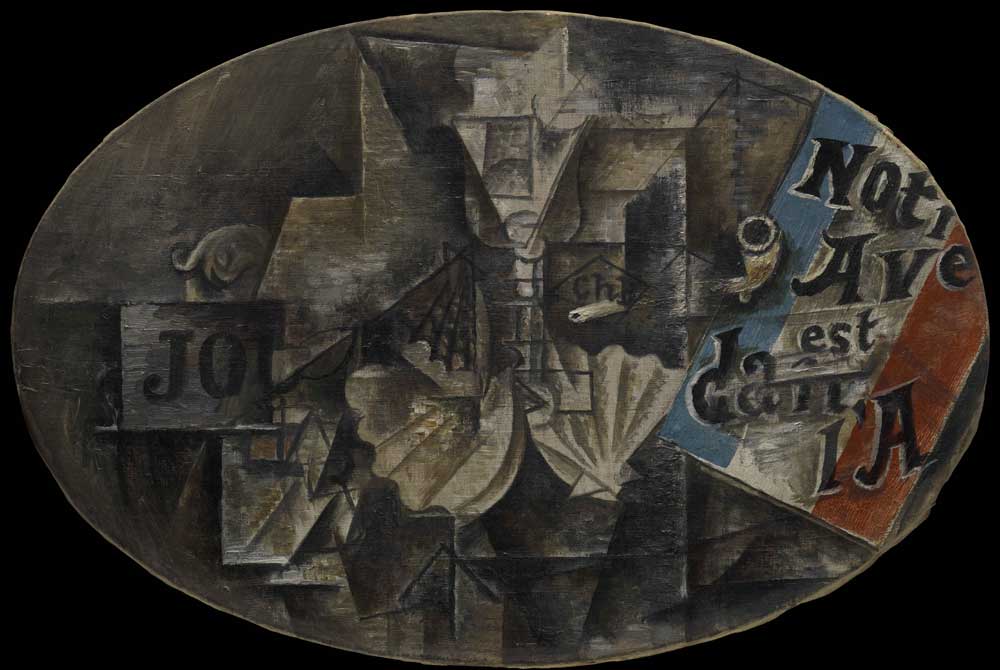 No other art movement has had the explosive and lasting impact on art, architecture, and fashion that Cubist art has had.

The connection between art and fashion has been a strong one for more than a hundred years. The great fashion emporiums, haute couture brands, cosmetics, perfumes, all have had, and still have, a strong connection with fine art, especially since the early 20th century, when artists such as Delaunay, Dufy and others collaborated with designers. And many of the founders of today’s luxury brands, with their huge fortunes and exquisite sense of style and good taste, have amassed great art collections.

Yves St-Laurent’s art collection, to give just one example, made the headlines in when it came under the hammer in February 2009, making €373.9 million, and amazing art connoisseurs with its collective quality and the importance of many of the individual lots.

Not under the hammer this time, but newly arrived at the Metropolitan Museum, New York, is one of the world’s great Cubist art collections, donated by the 80-year-old cosmetics heir Leonard A. Lauder. The extraordinary gift, valued conservatively at around $1 billion, consists of 33 works by Picasso, 17 by Braque, 14 by Gris and 14 by Léger. It was amassed over the relatively short period of 37 years (the first two acquisitions being made in 1976) and is considered one of the foremost collections of Cubist art in the world.

Lauder says he decided to give the collection to the Met because he felt it essential that Cubism, and the art movements that followed it, be seen and studied within one of the greatest museums in the world: ‘The Met’s collection of modernism, together with those of MoMA, the Guggenheim, and the Whitney, reinforce the city’s standing as the center for 20th century art and fuel New York’s ongoing role as the art capital of the world.’

While it’s always fun to see city supporters claiming their city as the capital of the art world, no one can argue that New York is hard to beat when it come to art of the 20th century. Also backing this up is the Met’s initiative to establish a new research centre for modern art which will be supported by a $22 million endowment funded by museum trustees and supporters, including Lauder.

It has been argued that this art movement, initiated in the key 1907-14 period, was the most radical and complete revolution in art since the Renaissance, because it radically changed and revolutionised (as Juan Gris said) ‘the way we look at the world’. This major step-change and time-lapse in visual art, introduced by Cubism, was revealingly clarified in 1959 by the artist and art historian John Golding (1930-2012), who wrote: ‘If social and historical factors can for a moment be forgotten, a portrait by Renoir will seem closer to a portrait by Raphael than it does to a Cubist portrait by Picasso.’

Cubism seems to arrive explosively almost overnight in 1907 when Apollinaire introduced the little-known Georges Braque to Pablo Picasso and thereby initiated what was to prove one of the most unusual and intensive collaborations in the history of art. Picasso, who was already seen by many as a leading avant-garde artist, had completed the first key Cubist work, Les Damoiselles d’Avignon (MoMA, New York)—the Avignon of the work’s title is a reference to a street in Barcelona famed for its brothel—just before his meeting with Braque, and the painting proved to be one of the corner stones of 20th century art.

According to a remark made later by Braque, he said at first he had been puzzled by Les Damoiselles although he realised it marked an important new departure. However, the friendship grew, with Picasso and Braque living near one another in Montmartre and by 1908 they were meeting daily to talk, visit galleries and to discuss one another’s work. Picasso had never exhibited at the large Salons or taken part in any group exhibitions and Braque soon opted for this similar isolation, as the two painters resolutely followed their new passion, which was Cubism. Although they chose to be isolated from the then fashionable art of the day, they remained self-sufficient by leading active social lives, mixing with a wide circle of artistic and literary figures.

This intense collaboration took place over seven years (1907-14), and by 1911 it was at its height, with paintings by the two artists looking almost indistinguishable.  They spent the summer months that year in Céret in the Pyrenees, returning there in 1912.

But later in that year, Picasso moved to Montparnasse, and the difference in their work became increasingly apparent in the years that followed. Together, they made a short trip to Le Havre, spent time in Sorgues in 1914, while Picasso also worked in Avignon in the company of André Derain. With the declaration of war that year, both Braque and Derain returned to Paris to join regiments. It marked the end of the important Picasso-Braque collaboration, a collaboration that had fired the Cubist movement, and one that went on to be adopted and further developed by many painters, as the Met’s exhibition shows, including Fernand Léger, Robert and Sonia Delaunay, Juan Gris, Roger de la Fresnaye, Marcel Duchamp, Albert Gleizes, Jean Metzinger, and Diego Rivera.

Although primarily associated with painting, Cubism also exerted a far-reaching and profound influence on 20th-century sculpture and architecture, even continuing into the current century, with fashion designers paying homage to Cubist ideas.