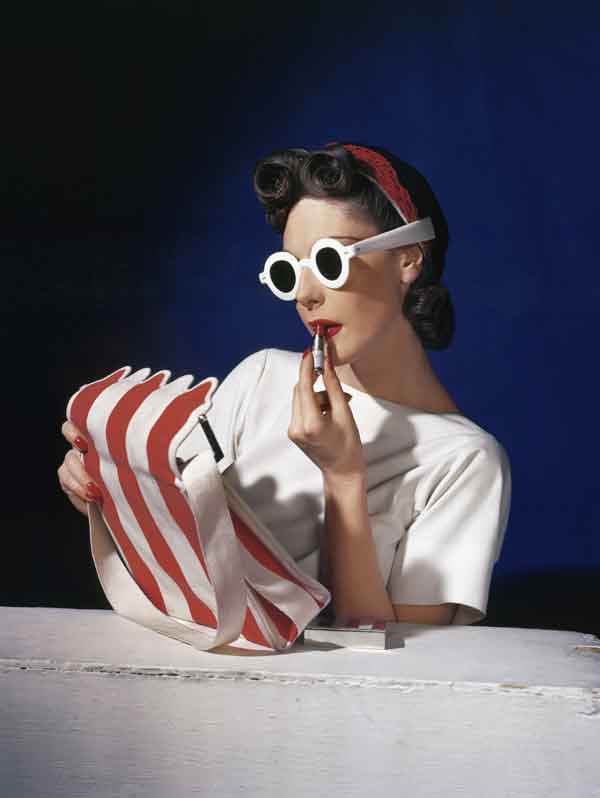 Creative use of light, dark and shade—this was the magic that made masterpieces when the camera was in the hands of Horst.

Horst’s career spanned 60 years, and long before the end of that career he was already considered one of the twentieth century’s greatest fashion photographers. But Horst’s interest went far beyond shooting fashion images—he was a master of light, composition and atmospheric illusion, who could conjure a world of sensuality and sophistication. Over the years, his photographs appeared in hundreds of magazines, but especially in Condé Nast’s Vogue and Home & Garden, under the one-word photographic byline ‘Horst’. It was, and still is, ‘style’ that Vogue sold, and Horst’s images could sell it.

The definitive retrospective exhibition (ends January 4, 2015) at London’s Victoria & Albert Museum brings together a brilliant display of Horst’s photographic genius, summed up simply as ‘photographer of style’. An international figure, Horst worked predominantly in Paris and New York. Born in Germany, he became an American citizen in 1943, changing his surname from Bohrmann to Horst.

His extraordinary range of work outside the photographic studio conveys a relentless visual curiosity and life-long desire for new challenges. The huge collection of prints, drawings, notebooks, scrapbooks and letters that Horst carefully preserved throughout his life, alongside thousands of prints in the archives of Condé Nast, bear witness to his virtuoso talent.

When Horst joined Vogue in 1931, Paris was still the world’s undisputed centre of high fashion. Photography had begun to eclipse graphic illustration in fashion magazines and the publisher Condé Montrose Nast devoted large sums to improving the quality of image reproduction. He insisted that Vogue photographers work with a large format camera, which produced richly detailed negatives measuring ten by eight inches.

The creation of a Horst photograph was a collaborative process, involving the talents of the photographer and model, the art director, fashion editor, studio assistants and set technicians. The modelling profession was still in its infancy in the 1930s and many of those who posed under the hot studio lights were stylish friends of the magazine’s staff, often actresses or aristocrats.

By the mid 1930s, Horst had superseded his mentor George Hoyningen-Huene as Paris Vogue’s primary photographer. His images frequently appeared in the French, British and American editions of the magazine. Many of the photographs on display in the exhibition are vintage prints from the company’s archive.

Over his 60-year career, Horst’s lens focused on a great diversity of subjects. He had travelled to the Middle East in 1949, he took black-and-white close-ups, of plants, shells and minerals in the Botanical Gardens, New York, he photographed many of the glamorous Hollywood stars of the day, there are many great nude portraits, and with the introduction of colour film in the 1930s, he had adapted quickly to a new visual vocabulary, creating some of Vogue’s most dazzling colour images.

This great range of subjects, all of superb visual quality, has continued to make Horst prints extremely sought after and collectable. By the 1980s, demand for his prints was increased by a flurry of new books, exhibitions and television documentaries, encouraging Horst to produce new prints for museums and the collector’s market, selecting emblematic works from every decade of his career to be reprinted in platinum-palladium, sometimes with new titles. This was a complex and expensive technique, employing metals more expensive than gold and these platinum-palladium prints are treasured for their nuanced tones, surface quality and permanence.

• Coming up at the Victoria & Albert Museum, London: What is luxury? April 25–September 27, 2015. How luxury is made and understood in a physical, conceptual and cultural capacity.

The Power of Change