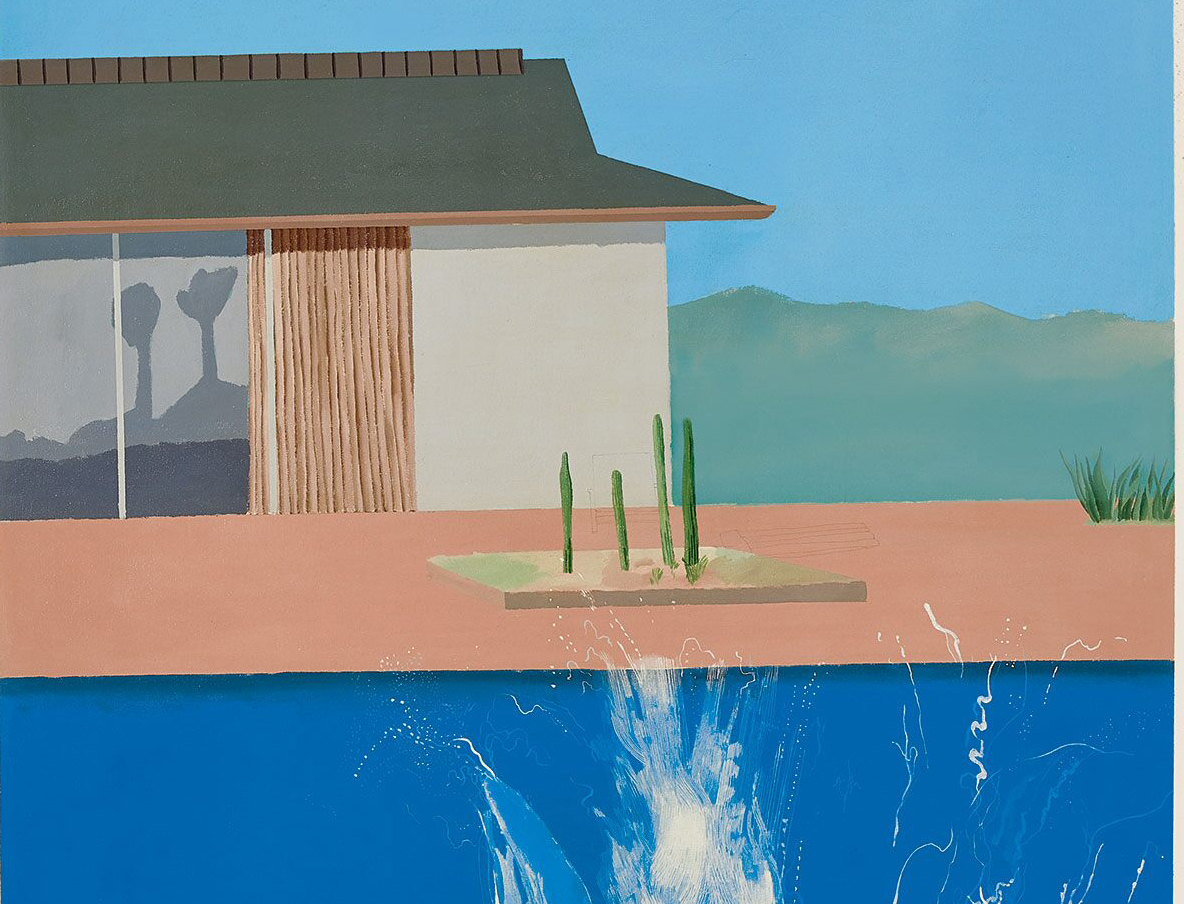 The Splash, one of the best-know paintings by British artist David Hockney, has sold at auction for £23.1m to an anonymous buyer.

Typical of David Hockney’s minimalist pop art style, The Splash is part of a series painted in Los Angeles and shows the moment after a diver enters a swimming pool.

The sale at Sotheby’s in London had an estimate of £20m-£30m, and the painting ended up going for £23,117,000. The painting is part of a trio including A Little Splash which is in private hands and A Bigger Splash which is at the Tate Britain.

Emma Baker, head of Sotheby’s contemporary art evening sale, said “Not only is this a landmark work within David Hockney’s oeuvre, it’s an icon of Pop that defined an era and also gave a visual identity to LA.” The last time The Splash was sold it went to a private owner in 2006 for £2.9m, then a then record price for a Hockney work. It’s rumoured that the present seller was Hong Kong property billionaire Joseph Lau.

Hockney, now 82, said of the works in 1976: “I love the idea, first of all, of painting like Leonardo, all his studies of water, swirling things. And I loved the idea of painting this thing that lasts for two seconds; it takes me two weeks to paint this event that lasts for two seconds. Everyone knows a splash can’t be frozen in time, so when you see it like that in a painting it’s even more striking than in a photograph.”

But The Splash is by no means the most valuable of David Hockney works. Portrait of an Artist (Pool with Two Figures) sold for just over $90m (£70m) – an auction record at the time for a work by a living artist, and in May 2018, Hockney’s Pacific Coast Highway and Santa Monica sold for $28.5m (£22m), more than double the previous auction record for the artist.

David Hockney first visited Los Angeles in 1964, and started work on  the first of his ‘pool paintings’ on his return to London. Picture of a Hollywood Swimming Pool fetched $7.2m (£5.6m) at auction at Sotheby’s New York in November 2019. Hockeny returned to LA in 1966, and created the remainder of the Splash paintings between 1966 and 1967.