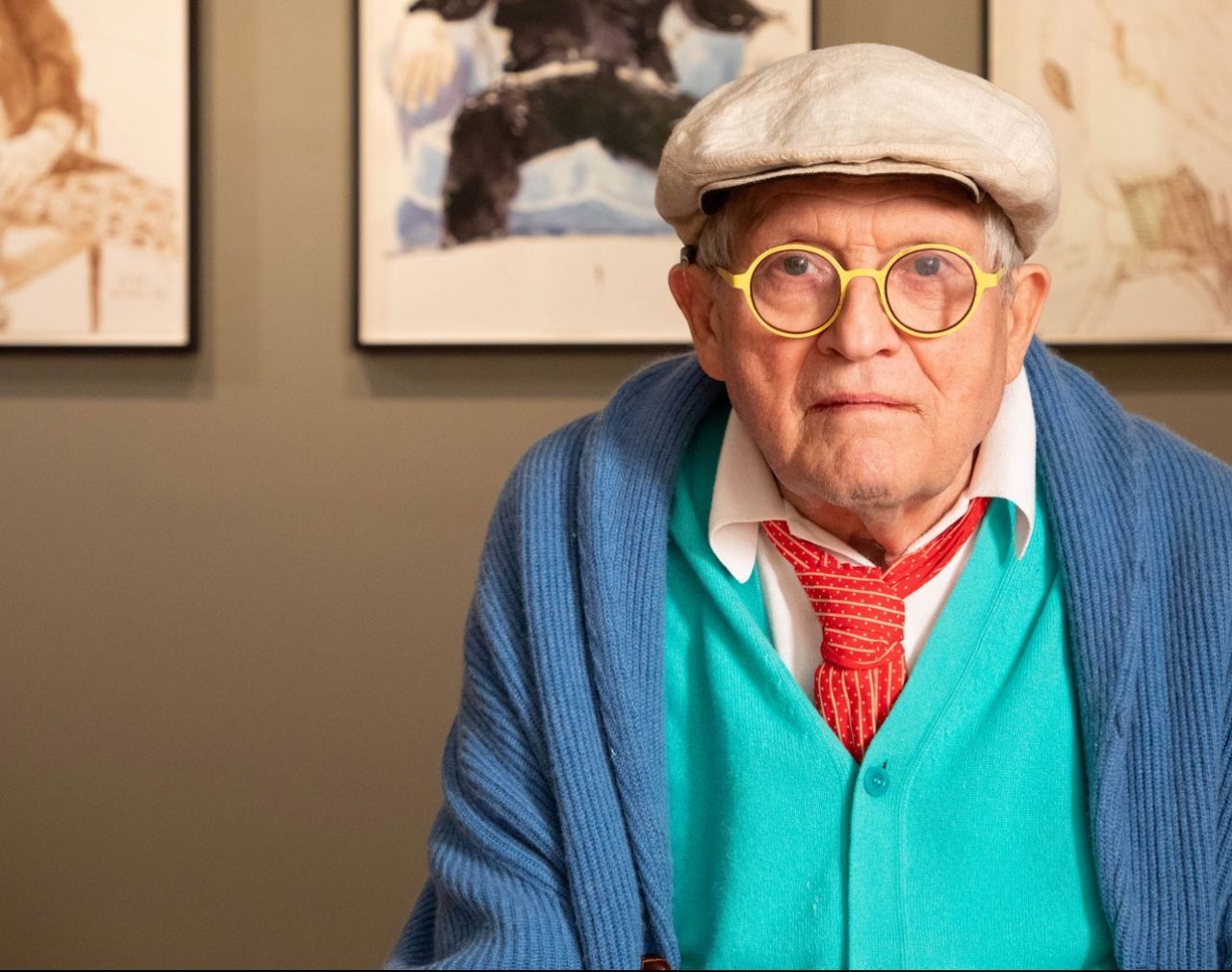 The work of artist David Hockney is celebrated in a new exhibition at the National Portrait Gallery in London. David Hockney: Drawing From Life interprets his work through the mirror of the friends and lovers has used as muses and artistic subjects through his near seven-decade career. Together with an emphasis on rarely-seen drawings from the early part of his career, this approach offers a unique insight into the working life of an artist often regarded as the greatest living English painter.

At the National Portrait Gallery until late June 2020, this display of over 150 works is the first major exhibition of David Hockney’s work for 20 years, and includes many new works including drawings of his friends and muses, as well as political images and self-portraits. Accompanying the exhibition is a book compiled by Sarah Howgate, the exhibition’s curator, featuring her in-depth essay, an exclusive interview with the artist, and a piece from British Museum curator Isabel Seligman exploring the relationship between Hockney, Jean-Auguste-Dominique Ingres and Pablo Picasso.

Of the exhibition, Dr Nicholas Cullinan, Director of the National Portrait Gallery said “We are delighted to display David Hockney’s new drawings of his close friends for the first time.” There are around 150 works on display, executed across six decades. Notably included are pieces from Hockney’s pivotal and political series, A Rake’s Progress (1961-63) inspired by William Hogarth’s series of the same name. A Rake’s Progress is endlessly fascinating, and the message resonates in our splintered times.

The exhibition also dedicates a room to Hockney’s digital art, complete with animated screens showing his work coming together. But the majority of the show—and arguably the magic of it—comes from Hockney’s many drawings, done over the years, of the people he loves most: his friend and muse, Celia Birtwell; his mother, Laura Hockney; his curator, business manager and former lover, Gregory Evans; and his master printer, Maurice Payne. “Drawing not only represents David Hockney’s distinctive way of observing the world but is a record of his encounters with those close to him,” said Sarah Howgate, Curator of the exhibition. “He has returned to this intimate circle over and over again and, because their faces are so familiar to him, achieving a likeness does not distract from the search for a more nuances and psychological portrait that also records the passage of time.”

Drawing from Life proves that Hockey’s best pieces are his most intimate, and this collection of work is as intimate as it gets.

Viewing Hockey’s depictions of his close friends and family feels almost like peeking into a personal diary, one kept dutifully over a lifetime. Drawing from Life reminds us that Hockney has rarely been an artist-for-hire, paid to churn out flashy likenesses. Instead, his strength is on display when his subject is someone held dear to him. This is seen in a series of drawings depicting Gregory Evans, a former lover. In one piece, he sits moodily in a belted raincoat on a crumbling column stump in Rome. In another, he is drawn sleeping peacefully. As the decades pass, we see Hockney’s perspective of Evans growing up, from a young lover depicted in the nude to an old man slumped in an armchair. And, as expected, there are plenty of pieces depicting Celia Birtwell, perhaps the most famous muse of the country’s most famous living artist. Birtwell and Hockney have been close friends now for over half a century. She spotted him in Portobello Market in 1969 wearing bright colours and thought to herself that he seemed interesting. The two struck up a friendship, their temperaments and artistic sensibilities melding well together. Birtwell, a textile and fashion designer, had an appreciation for colour that Hockney admired and captured in his numerous pieces of her over the years.

One drawing of Birtwell on display at the show exhibits the perfect complements these two are to each other: a young Birtwell is depicted sitting on a green chair, wearing a rich blue and pink patterned dressing gown and bright eyeshadow. Hockney is so good at quietly conveying the emotion he feels—here, with that care, he draws Birtwell’s lovely face and you can feel his fondness for her.

It is one thing to be an artist’s muse when you are young and in Paris, dressed in silk or nothing at all, but these days, it is harder to face her portraits, Birtwell said. “It’s horrible,” said Birtwell, looking at a drawing of her from 2019, on display for the first time in the exhibition. But then she concedes: “It’s life! One gets old. It is a reality of who you are and what you look like now. “We only ever see ourselves in the mirror, we never ever see how we really are. [Hockney] sees you as you really are.” David Hockney: Drawing from Life is about just that—drawing life.

The exhibition deliberately shows the passage of time, and no one in Hockney’s close circle is safe from it. And actually, it isn’t so horrible—it was wonderful to see all the portraits together, said Birtwell. “I am deeply honoured because there is nobody finer than David. He is an amazing artist and I’m very fond of him.”

A life of art

David Hockney, who will be 83 this summer, is widely considered to be one of the most influential British artists of the 20th century. After studying at the Royal College of Art, he visited the United States to teach for a brief period in the 1960s. That visit sparked an interest in America, prompting Hockney to split his time between Los Angeles, Paris and England. Today, he lives between Bridlington, London and California. Hockney has enjoyed resounding success during his artistic career. In 2018, his piece Portrait of an Artist (Pool with Two Figures) (1972) sold at Christie’s auction house in New York City for £70 million, becoming the most expensive work by a living artist sold at auction. Although the record was broken a year later, it’s a sign of the enduring popularity and influence of David Hockney.

David Hockney: Drawing from Life is open at the National Portrait Gallery until 28 June 2020. Tickets are £17-22.

UPDATE – AS OF MARCH 20th, THE NATIONAL PORTRAIT GALLERY IS CLOSED UNTIL FURTHER NOTICE DUE TO THE CORONAVIRUS CRISIS.

Every Friday, the National Portrait Gallery will make 500 £5 tickets available to anyone under 25.

A version of this feature appears in Arts & Collections magazine, Vol. 2 2020.

ICA, Phillips and Christie's Announce Temporary Closures Due to Coronavirus