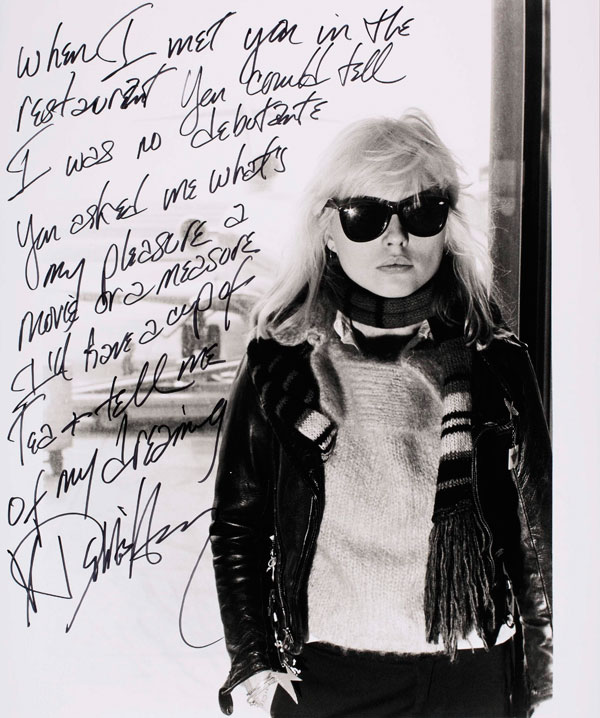 From John Lennon’s psychedelic Rolls-Royce to an acrylic fingernail worn by Lady Gaga, the world of entertainment memorabilia offers a dazzling feast for serious collectors and avid fans. Rebecca Foster discovers what it takes to make it into the memorabilia hall of fame.

It’s 1965. As Bob Dylan belts out a forceful performance of ‘Like a Rolling Stone’ at Newport Folk Festival, his transition from folk to electric is greeted by a chorus of boos. Skip forward to 2014 and the four sheets of hotel letterhead paper on which Dylan penned his original draft have just been sold for a record-breaking $2.045 million. Apparently the single, which originally appeared on Dylan’s Highway 61 Revisited album, was always destined to go down in rock and roll history.

Scrawled in pencil and complete with an array of Dylan’s own doodles, ‘Like a Rolling Stone’ beat John Lennon’s ‘A Day in the Life’ as the most expensive musical manuscript ever sold at auction. Lennon’s manuscript, which appears as the final track on the Fab Four’s Sergeant Pepper’s Lonely Hearts Club Band, sold in 2010 for $1.2 million.

‘Collectors always search for that special item, whether it be a song sheet, autographs or a doodle – they want something no one else has,’ says Alastair McCrea of Ewbank’s Auctions.

Dylan’s manuscript was one item in the kaleidoscope of memorabilia that comprised Sotheby’s ‘From Presley to Punk’ collection, which went on sale in June. Each item represented an integral brick in the wall of 20th century music history, from Elvis Presley’s iconic peacock jumpsuit to a self-portrait sketched by Joni Mitchell. The collection also included an Epiphone Sheraton guitar signed by Bob Dylan, Iggy Pop and Bonnie Raitt, among others, who played in a Roy Orbison tribute concert following the singer’s untimely death. A signed photograph of Blondie legend, Debbie Harry, is another another of the collection’s treasures.

The universe of entertainment memorabilia encompasses everything from the usual signed LP covers and photographs to a quirkier range of artifacts, including an acrylic fingernail that was once worn by Lady Gaga. Sold in 2013, the fingernail went for the tidy sum of $13,000. Earlier this year, Bonham’s biannual auction of music memorabilia saw a concert set list scrawled by Dave Grohl, the drummer from Nirvana, fetch almost double its £3,000 estimate. Scuffed by what is thought to be Kurt Cobain’s dusty footprints, the set list sold for £5,625 after a telephone battle between two bidders.

Items that are expensive in their own right usually tend to be popular with rock and roll collectors. George Michael paid £1.6 million for the piano featured in John Lennon’s Imagine video, and Lennon’s psychedelic Rolls-Royce Phantom V sold for £2.2 million in 1985, taking it to the top of the memorabilia price charts.

With Beatlemania alive and well in auction houses across the globe, it is evident that it takes more than critical and commercial success to transform a star of the stage into an auction house hit.

‘These are the guys that not only changed music, but pop culture, forever. They are icons. Their impact on the world was so huge that it can never be forgotten, and new collectors are constantly attracted to their music and memorabilia,’ says Joseph Taylor of Paul Fraser Collectibles.

Stars with international appeal also boost memorabilia prices considerably, due to the greater number of potential bidders competing for the stardust-sprinkled item.

From the stage to the silver screen, entertainment memorabilia has always represented a purchase of passion on the buyer’s part, and as long as there are music fans out there, there will always be a consistent market for such items. However, when it comes to determining the price of an item, rarity remains an important factor. Photos and recordings are likely to lose value as increasing numbers of fans snap photographs on their smart phones, while items that cling onto their rarity are only likely to increase in value.

‘If an icon signs thousands of autographs over their career the price drops as the market is flooded,’ says McCrae of Ewbank’s.

The short-lived careers of artists like Kurt Cobain and Jimi Hendrix means there is only a finite amount of memorabilia available, which is set to drive prices even higher in the future.

With the likes of Lady Gaga, Coldplay and Radiohead already attracting more than a flutter of attention from collectors, it is anyone’s guess as to what rock and roll treasures we will see pass through auction houses in the next 10 years…