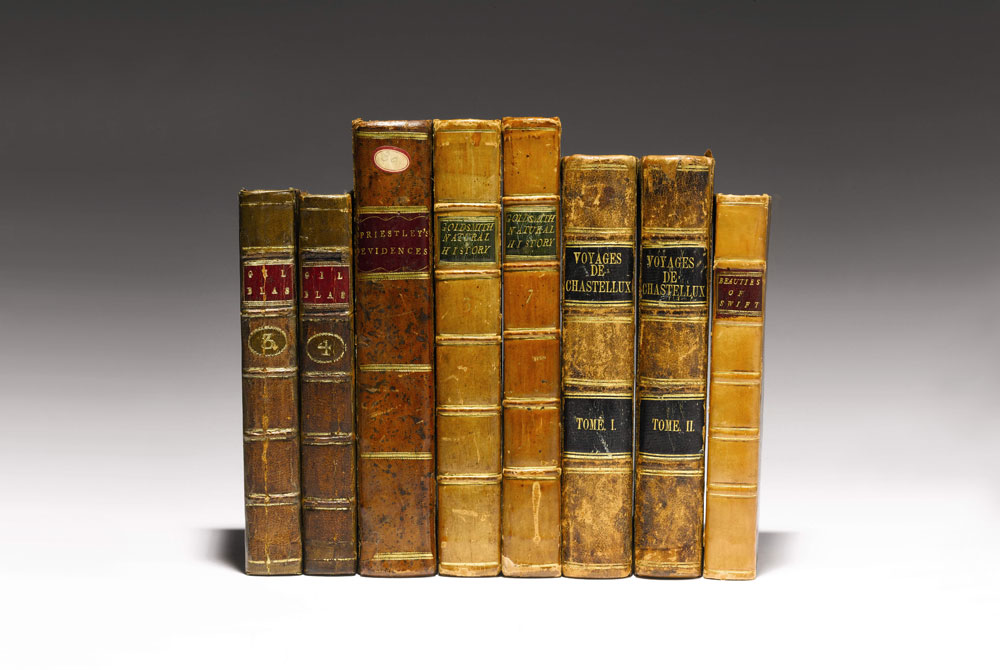 Auctioning the collection of George Washington at Sotheby’s New York, The Library of a Distinguished American Book Collector sold for $4,891,634 within pre-sale estimates. This was led by seven books from Washington’s Mount Vernon Library, all with his bold signature on their title pages and his bookplate which achieved $1,205,000.

This was the largest group of books from Washington’s library to appear in a single auction since the Bishop John Fletcher Hurst sale in 1904 and featured novels such as Jonathan Swift’s The Beauties of Swift, Alain Rene Le Sage’s The Adventures of Gil Blas of Santillane. Vol. 3. and Joseph Priestley’s Discourses Relating to the Evidences of Revealed Religion.

Shattering the previous auction record for Thomas Paine’s iconic 1776 pamphlet, Common Sense, an extraordinary association copy of the rare first edition brought $545,000, while a first edition of Charles Darwin’s On the Origin of Species by Means of Natural Selection, of the Preservation of Favoured Races in the Struggle for Life exceeded pre-sale estimates of $100,000 to $150,000, fetching $209,000.