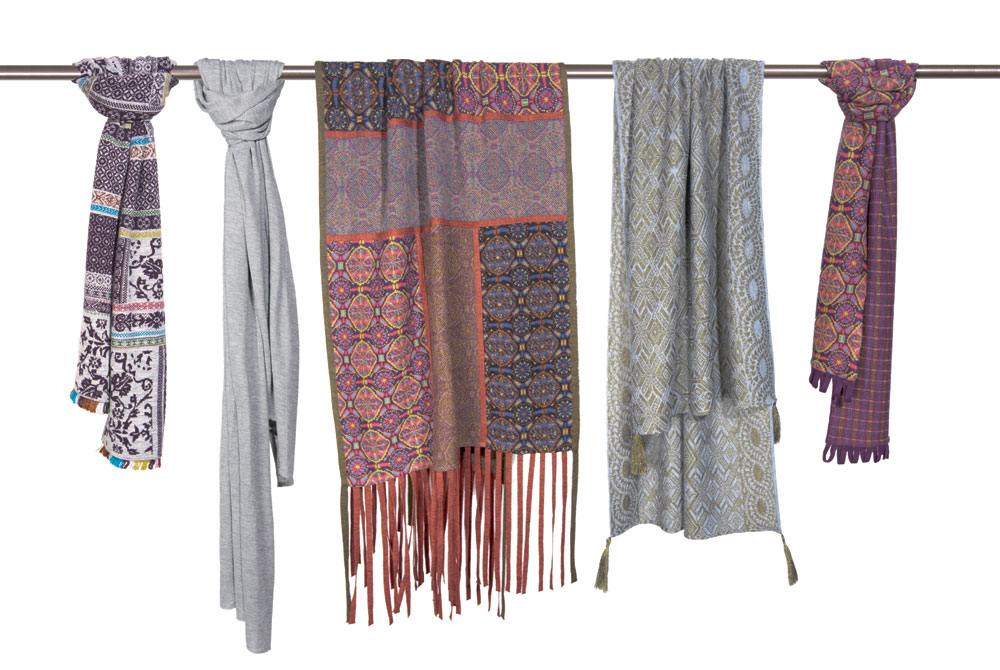 In just 15 years, Catherine André has placed her brand amongst the most elite, bearing her name amongst the upmarket French fashion designers whilst gaining recognition across four continents.

After setting up the business on her own in 1995, designer Catherine André now runs, together with her husband Jean-Luc Roualdes, a company that employs 27 people in Millau, Aveyron. Its organisational structure and reach are already in the same league as many of those renowned French Ready-to-wear names.

Thanks to the brand’s high-end positioning, and the expertise acquired in export markets over the years, the company has been able to structure itself and evolve in an economic climate that is competitive, demanding, and often challenging, whilst continuing to offer authentic products that are designed and made predominantly in France.

Catherine André envisions and designs her own exclusive creations in her studio in Millau. Ninety percent of production is completed in France, in small workshops that are carefully selected for their attention to detail and quality.

Catherine André owns three shops in Paris, one in Rue du Cherche-Midi, another in Galerie Vivienne and the last in Rue de la Pompe, in Belgium. As well as this she owns one small shop in Japan, as well as seven showrooms in some of the world’s major capitals. The brand has achieved significant international recognition, now with a notable presence in Japan.

Working wonders with knits, Catherine André adds between 100 and 150 models to her collection each year, keeping up with the fashion needs of women of all nationalities. A total of 50,000 pieces are sold annually through a network of more than 300 points of sale across the globe.

The business is growing steadily and accumulating admirers across the globe. The future is sure to see Catherine André acquiring more shops and sections in major department stores in Paris, Tokyo, London, Milan, New York and Hong-Kong.

The Library of a Distinguished American Book Collector