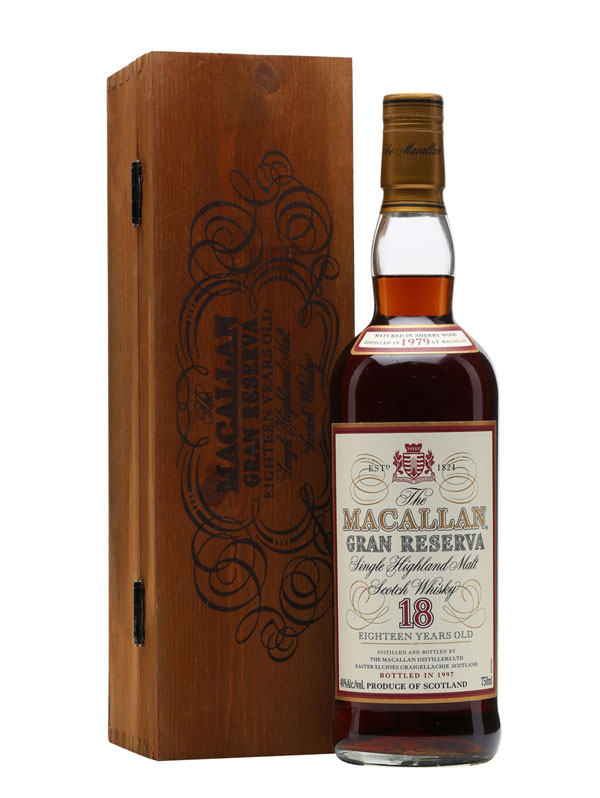 Rare whisky has become a lucrative option for the canny investor, but what makes this spirit such a good prospect, and how do we make the right whisky investment choices?

According to consultancy Rare Whisky 101, the rare whisky market is booming with the total value of collectable whiskies traded on the open market priced at £9.56 million in 2015, up from £7.64 million in 2014. The Rare Whisky Apex 1000, the main index for Scotch whisky, rose by 14 percent last year, significantly outperforming wine and gold.

‘Everything is underpinned by quality,’ explains Andy Simpson, co-founder of Rare Whisky 101. ‘Broadly speaking (there are exceptions) only the best quality whisky makes a good target for investment. Whisky is in such demand in the current market that one person’s investment today can be another’s drink tomorrow.

‘Rarity is another factor—frequently, the best quality whiskies get consumed (that’s what they were originally made for at the end of the day) so any remaining bottles become both scarce and sought after, he continues. ‘Couple these factors together with something like the Macallan 1979 18-year-old Gran Reserva and an original retail price of £50 in 1997 has become £1,200 at auction in 2016. And they’re still being drunk, so supply will decrease which, in turn, lends itself to sustained investment upside.’

According to Andy, you also need think carefully about which whiskies you invest in: ‘The market is exceptionally buoyant for the right bottles. Seriously punishing for the wrong bottles,’ he says. ‘We’ve written about polarisation for many years and we’re seeing the price divide accelerate with the best bottles increasing and less good bottles declining in value.

We’re almost in the perfect storm at the moment where demand is a never-ending, increasing force and supply is disappearing from the market. As many brands continue to remove age statements from the primary (retail) market the natural place to look for those older, rarer, more exciting bottles is at auction. This is applying serious upward momentum on prices.’

‘It really depends what’s driving your decision and what the end goal is,’ he tells us. ‘”Collectors” can be significantly different to “investors”. Collectors can be driven by a whole myriad of different criteria: one bottle from every distillery, every bottle from just one single distillery, birth year vintages, Islay distilleries, sherry cask matured whisky, the list is endless and increasing values are often merely a by product of a collection.

‘From an investment perspective, you’re looking for bottles which will experience the highest demand,’ he adds. ‘Whisky investing is an economically simple market, it’s supply versus demand. Entry and exit is all important. Whisky can’t pay a dividend like equities and it can’t give a rental yield like property, so capital appreciation is the aim. Broad rules of thumb are to stick to the “iconic” distilleries like Macallan, Ardbeg, Dalmore, Glenfiddich, Balvenie and Lagavulin, to name a few.

Pretty much anything from a silent (no longer producing) distillery is experiencing vast demand, some examples are Port Ellen, Brora, Rosebank, St. Magdalene, Glenugie, Dallas Dhu, Banff and Littlemill. Limited editions, commemorative bottles and single casks all do well—the smaller the release the better.

In 2010 Balvenie released 336 bottles of what’s called “Tun 1401 Batch 1”. It sold through the distillery for £150 per bottle. It now sells at auction in the UK for more than £3,000. Older age statements are valuable as are older vintages (year/date distilled) with 30 and 40-year-old Scotches being massively sought after and anything distilled in the seventies or earlier becoming very rare.

Wine Investment: A Guide for Novices