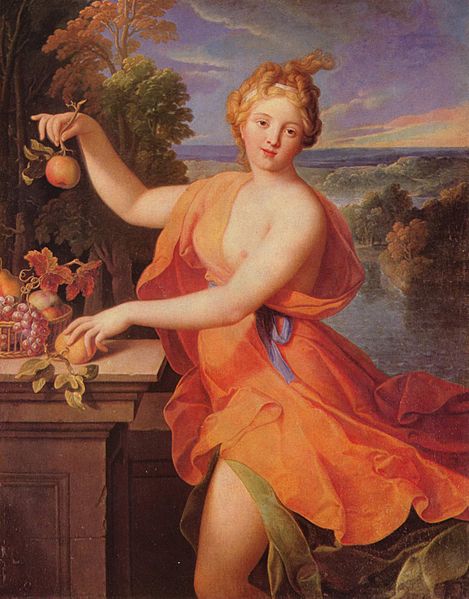 When you think of orange, what springs to mind? For many eastern cultures, it is perceived as a sacred hue. In the western world, it is a polarising colour—you either love it or you hate it.

Like red, orange is bold and striking. For some, it makes a statement; others think it garish. From ancient Egyptian art to 12th century icons, paintings with orange pigment have permeated world culture for hundreds of years.

Arts & Collections delves into the colour’s history to understand its evolution in artistic representation.

Before the 15th century, the colour orange did not have a name in Europe; it was simply called yellow-red. Portuguese merchants brought the first orange trees to Europe from Asia in the late 15th and early 16th century, along with the Sanskrit, naranga—which became ‘naranja’ in Spanish and ‘laranja’ in Portuguese.

In English, the word ‘orange’ stems from the Old French and Anglo-Saxon orenge. The earliest recorded use of the word in English is from the 13th century and alludes to the fruit. In reference to the colour, however, its earliest attested use is from the 16th century.

Orange and the ancient world

Orange pigments were also made in ancient times from a mineral known as orpiment, whose naturally golden-yellow hue made it of great interest to alchemists; they conjectured it held the secret to forming gold. Orpiment was traded in the Roman Empire and was used as medicine in China despite its high arsenic content.

For centuries, orpiment was ground down and used as pigment in painting and sealing wax. In fact, it was one of the few clear, bright pigments available to artists until the 19th century, whose dawn saw the introduction of cadmium yellows, chromium yellows and organic dye-based colours. After the 19th century, orpiment became redundant because of its extreme toxicity and incompatibility with other common pigments, such as verdigris and azurite.

In 1797, French scientist Louis Vauquelin discovered the mineral crocoite, which led in 1809 to the advent of the synthetic pigment chrome orange. Other synthetic pigments, cobalt red, cobalt yellow and cobalt orange, made from cadmium sulphide plus cadmium selenite, soon followed. These new pigments, plus the invention of the metal paint tube in 1841, meant artists could paint outdoors and capture the colours of natural light.

Pomona (pictured above in a painting by Nicolas Fouché c.1700), the goddess of fruitful abundance, was often depicted in orange; her name derived from the Latin word pomon, meaning fruit. Thanks to the 17th century invention of the heated greenhouse, oranges themselves became more common in northern Europe.

In England orange became very popular with the Pre-Raphaelites, a group of English painters, poets and critics, founded in 1848. The flowing red-orange hair of Elizabeth Siddal, the wife of painter Dante Gabriel Rossetti, became a symbol of the Pre-Raphaelite movement. Albert Joseph Moore painted festive scenes of Romans wearing bright orange cloaks brighter than any Roman would have worn.

French artists took orange in a different direction. In 1872, Claude Monet painted Impression Sunrise in which a tiny orange sun is the focal point of the image—its reflection illuminating the water’s surface. The painting gave its name to the impressionist movement.

Orange became an important colour for all the impressionist painters. Having studied recent books on colour theory, they knew orange placed next to azure blue made both colours appear much brighter. Auguste Renoir painted boats with stripes of chrome orange straight from the paint tube.

The post-impressionists went further with orange. Paul Gauguin used orange as backgrounds, for clothing and skin colour, to fill his paintings with light and exoticism.

But Vincent Van Gogh was perhaps the most prolific user of the colour. Orange and yellow represented for Van Gogh the pure sunlight of Provence. He created his own oranges with mixtures of yellow, ochre and red. He put an orange moon and stars in a cobalt sky.

Today, orange is used for a variety of different purposes. Its high visibility makes it a popular colour for lifeboats and safety equipment like lifejackets and floatation devices. It is also widely worn by cyclists and road workers to avoid being hit.

Crewmembers of the International Space Station wear orange, and the colour has a political dimension—it is the colour of Christian democratic political ideology. Orange is also associated with Protestantism; in Northern Ireland, for example, it is linked to the Orange Order, a Protestant fraternal organisation.

If you enjoyed reading about the colour orange, click here to find out more about the history of the colour blue.