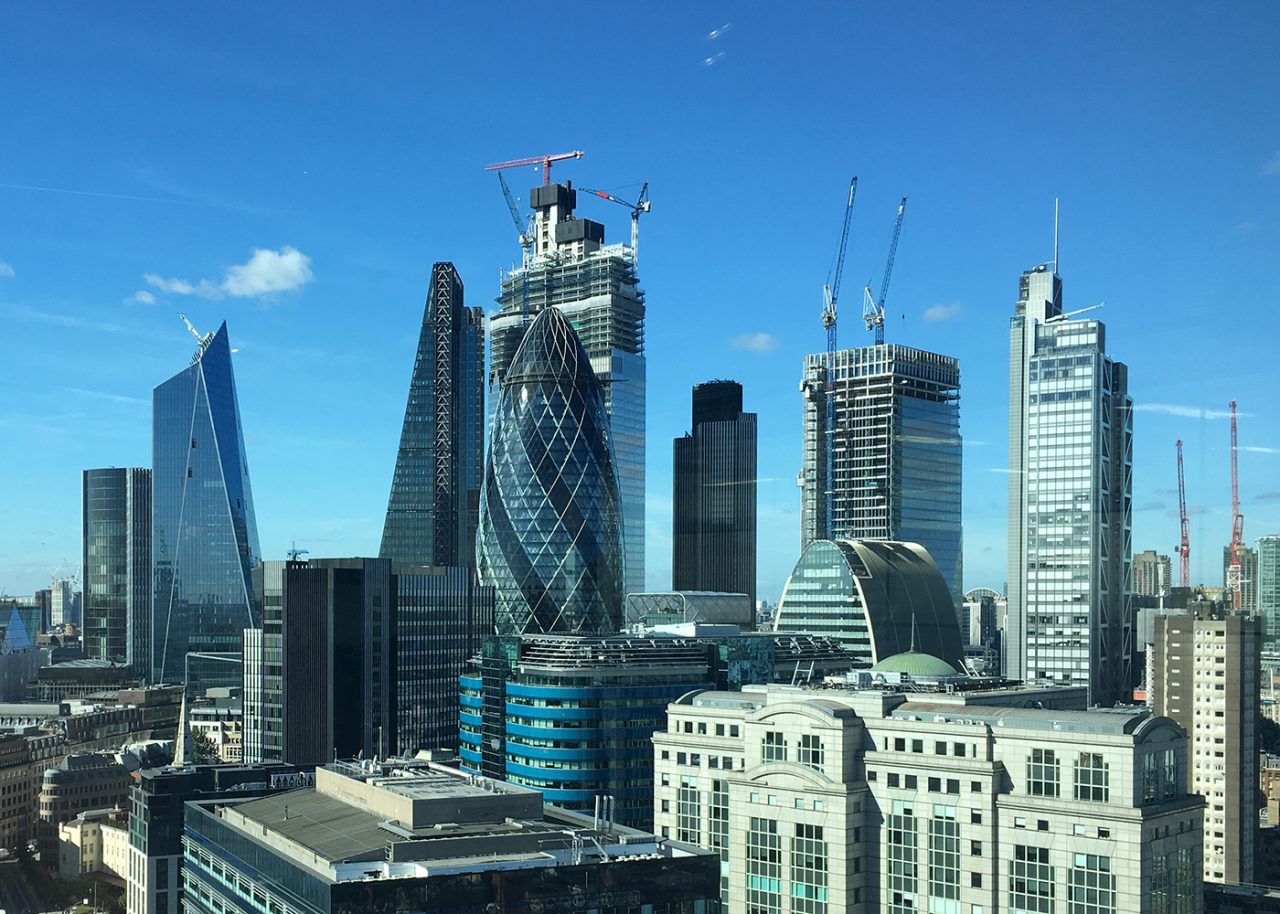 The London Festival of Architecture 2019 programme launched on June 1st with a diverse, challenging and engaging series of over 400 events exploring this year’s ‘boundaries’ theme across London through to June 30th. From street dance and a séance at John Soane’s country retreat to debates challenging architecture’s hidden boundaries of gender and privilege, the London Festival of Architecture’s 2019 programme is one of the richest ever.

The London Festival of Architecture (LFA) is the world’s largest annual architecture festival, with a mission to support London’s architectural and design talent, enthuse and engage with the public, and find new ways to look at familiar places. LFA2018 attracted over 600,000 visitors and a global audience of 122 million.

The 2019 programme is designed to offer events that can appeal to anyone, such as exhibitions and installations, talks and debates, walks and tours, family events and a wide range of special events. While LFA events take place in every corner of London, this year’s programme features many events focused in four specially-designated Festival Hubs: the City of London, London Bridge, the Royal Docks and the Heart of London district covering St James’s, Piccadilly Circus and Leicester Square.

Highlights of the London Festival of Architecture 2019 include:

• East London and the City migration walking tour
Postman’s Park, 2 June
The Migration Museum hosts a walking tour exploring the many migration stories embedded in this diverse area. From the Jamaica Winehouse to the Great Synagogue, many communities have passed through East London and the City, and all have left their mark. This tour showcases the ways that the livelihoods, cultures and practices of these diverse communities have interacted with one another over hundreds of years – leaving layer upon layer of intriguing histories.

• Breaking boundaries: architectures of inclusion
Royal Academy of Arts, 3 June
Architecture is often seen as something that generates boundaries, rather than breaking them down, while social, cultural and economic inequalities are literally built into our buildings and cities. This panel discussion explores the positive potential in architecture and takes a closer look at how it can overcome, rather than emphasise, boundaries of race, gender, or ability.

• Boundaries of diversity: migration, regeneration and community heritage in the Royal Docks
University of East London, 3-28 June
Boundaries of Diversity is a month long exhibition and series of events including workshops, talks and family events exploring issues of migration, regeneration and the community both within the Royal Docks and more broadly in East London. The UEL Archives service has worked with traditional archival and oral history sources to explore issues of boundaries and diversity within the local context, and notions of what is meant by “boundaries” within the built environment and personal contexts.

• Architecture for the dead: burial grounds and crypts in 18th-19th century London Bridge
The Old Operating Theatre Museum and Herb Garret, 6 June
No boundary is as definitive as the boundary that separates the living from the dead. Around the London Bridge area there were many burial grounds that now have disappeared. Kirsty Chilton narrates a tale of how these boundaries were defined and how they can still be felt around us after several centuries of re-development.

• Empathy tour/workshop
The Hive, 8 June
Powell Tuck Associates invites curious souls, architects, designers and urban planners, students and practitioners to experience the city, and understand its boundaries from other people’s point of view. Explore London wearing a specially designed suit to understand the challenges that may face older or pregnant people, those in a wheelchair or with a pushchair, and people with visual or hearing impairments.

• The quintessential English garden: what does it mean to be native?
Cabot Square, 10 June – 12 July
Lily Jencks Studio’s pop-up garden tests the long-standing question which drives identity politics around the globe. What does it mean to be local, rooted and originating in a place – like an indigenous plant that has always belonged – or global, transient and non-native? It challenges people to reassess the boundaries around the history and language of the terms native/exotic, natural/man-made, with a playful garden rich with reference and meaning.

• Fluid boundaries
Aldgate Square, 12 June and King’s College London 14 June
Conceived by Shobana Jeyasingh Dance and architecture practice ft’work, this community dance performance brings together professional dancers, architects, secondary school students and members of the local community in the City of London and London Bridge. Participants will investigate a location and work with an architect to devise choreography inspired by the space around them.

• Urban Jungle: Boundaries
Smeg Flagship Store, 20 June
Urban Jungle is a comedy safari, blending stand-up with short documentaries that showcase amazing design, uncover hidden beauty and spotlight the awkward encounters that are part of living, working and playing in London and cities around the world. Nic Monisse’s sharp, off-the-cuff wit will have you laughing as you explore how we’re shaped by architecture, landscape and urban design.

• Learning from Las Vegas in London
Hippodrome Casino, 24 June
Inspired by classic postmodern text by Robert Ventui, Denise Scott Brown and Steven Izenour, Learning from Las Vegas in London presents an evening of symbolism, ornament and excess. The event will unravel the boundaries of taste through talks, performances and films that will explore the book’s legacy and London’s aesthetics and architecture. Key curators, architects, designers and academics will examine our love affair with postmodernism and its origins in a city that has become an international symbol of extravagance.

• Negroni talks – Who’s your daddy?
Ombra, 24 June
Architecture has a difficult relationship with privilege. When education was free we saw the rise of the working class architect: Norman Foster describes his childhood on the wrong side of the tracks in Manchester. Could someone rise to prominence like this today or is the system rigged for Hooray Henrys and Sloane Rangers? Are the emerging practices which address the public good just another form of patronage to ease the guilt of a design-conscious elite? One of a series of lively and provocative debates hosted by Fourthspace.

• Expanding cultural boundaries
Peckham Levels, 26 June
Peckham is a creative hub, enriched by projects providing a diverse and inclusive range of spaces for cultural production, performance and participation. Architect Carl Turner hosts a ‘backstage’ tour of Peckham Levels and Mountview Academy Architects – two new projects that act as platforms for local people by creating opportunities for education, training and employment within the creative sector – as well as social and cultural infrastructure for the wider public.

• Late at Pitzhanger
Pitzhanger Manor and Gallery, 28 June
A restless architect, Sir John Soane produced hundreds of iterations of Pitzhanger Manor. Explore what is real and imagined in The Unbuilt Room: part séance, part game and part theatrical performance with artist Seth Kriebe. Visitors will also be able to traverse time, architecture and the body during taster life drawing sessions in the atmospheric Manor, and join spotlight tours of the exhibition Anish Kapoor at Pitzhanger.

• Musicity x Low Line
Various London Bridge and Southwark locations, throughout June
Musicity works with musicians and sound artists, each responding to locations along the Low Line, and focusing on the railway arches that have been part of London Bridge, Bankside and Bermondsey’s heritage for over 150 years. Each track will be geo-tagged to a different location, and accessible for streaming via the Musicity smartphone webapp.

• City parklets
Various City of London locations, throughout June
This year’s London Festival of Architecture sees a number of specially-commissioned installations across the city, including a series of ‘parklets’ or miniature landscaped spaces commissioned in partnership with the City of London Corporation. Three unique installations by Fatkin (Billieter Street), PARTI (West Smithfield) and Patrick McEvoy (St Martin’s Le Grand) transform a kerbside area into a place to rest, relax and admire the City. 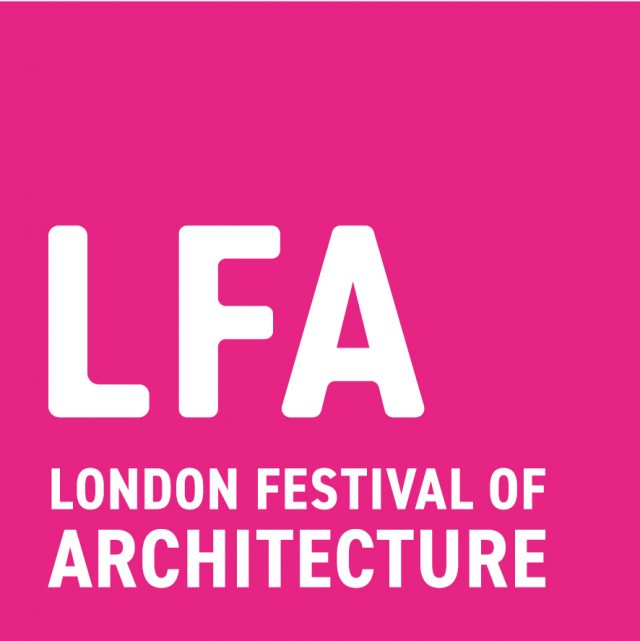 • Brutalism on a human scale
The Silver Building, throughout June
This exhibition in the Royal Docks focuses on the post-war architecture of Belgian architect Léon Stynen, whose work is characterised by brutalism with a sensitivity to the human scale. Large-scale photographs by Filip Dujardin show Stynen’s buildings in their current condition, alongside a selection of pieces from the Stynen archive.

• Studio Lates
Locations across London, Fridays throughout June
Architects throw open their studio doors to the public for a wide range of events from talks and exhibitions to practical workshops or activities for children. Open Studios takes place across London every Friday evening throughout the London Festival of Architecture, with four ‘hubs’: Clerkenwell (7 June), Fitzrovia (14 June), Shoreditch (21 June) and Southwark (28 June).

“The programme for the London Festival of Architecture 2019 is one of the best ever, and shows what an amazing response we have had to our ‘boundaries’ theme. While architecture is often defined by its boundaries, architects actually exist to challenge the boundaries they encounter, and it is this attitude which has made London the best city on the planet to enjoy, practice or study architecture. There’s something for everyone in this year’s programme, and we are looking forward to sharing such a great series of events across London in June.”

The full London Festival of Architecture 2019 programme is available at www.londonfestivalofarchitecture.org

Luxury Developments Around the World

Refurbishing an apartment in a Grade II listed building