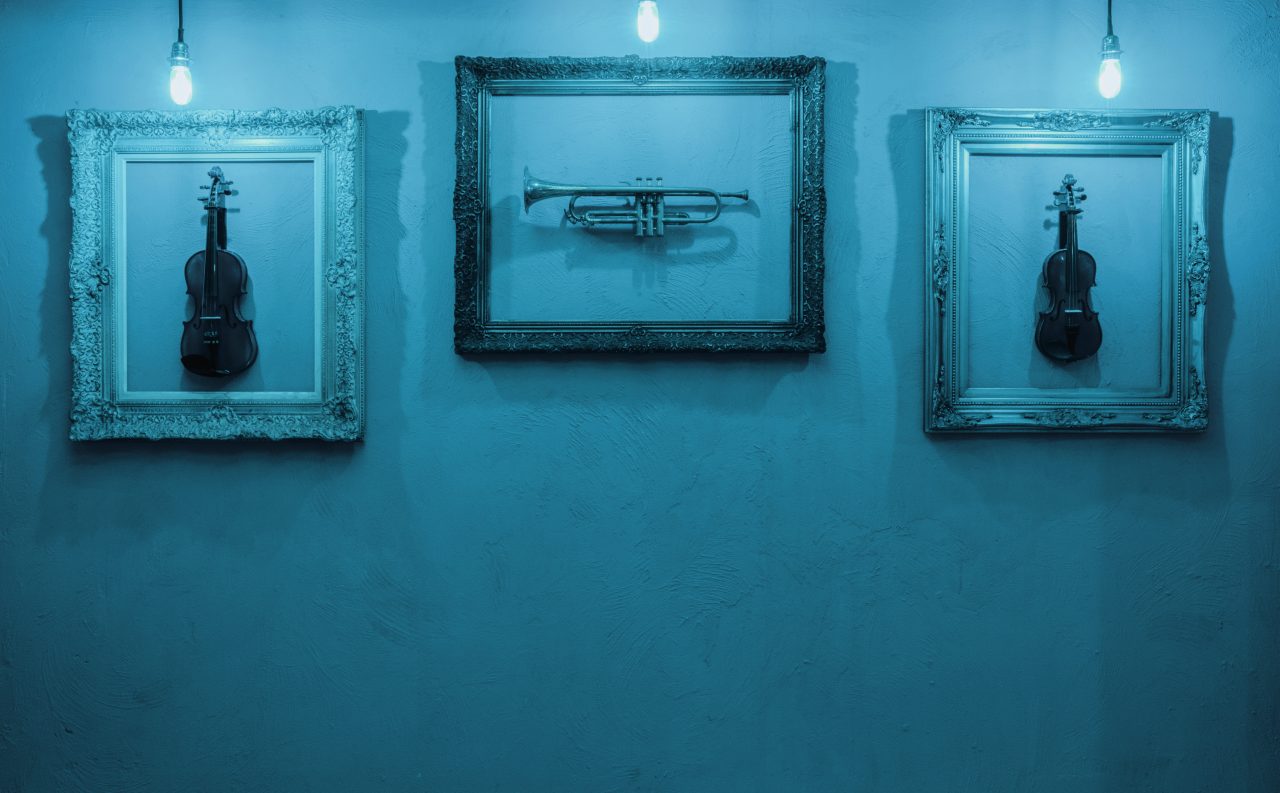 Arguably, the legal issue causing most concern in the art world at the moment is the introduction of the Fifth Anti-Money Laundering Directive (5 AMLD), which is expected to be implemented into UK law by the 10th January 2020, regardless of Brexit.

The art market is perceived as an easy target for criminals wishing to purchase art as a means of laundering the proceeds of crime. This directive applies to dealers, auction houses and other entities transacting in art and aims to tighten up the current requirements on money laundering and tackle the risks that are commonly associated with the trade. The directive will affect all non-EU buyers purchasing works of art at galleries, fairs and auction houses in the UK and thus requiring the seller to undertake the same level of risk-based due diligence enquiries on purchases, or a series of related purchases, amounting to €10,000 or more, that are currently undertaken by the legal and financial sectors.

Collectors should therefore expect to be asked for up to date photo ID, proof of current address and the source of funds being used for the new year’s transaction.

ID itself, however, is not enough. Sellers are additionally required to do a risk analysis for “high risk” transactions, which will include items of “archaeological, historical, cultural and religious importance”. This includes scrutinising linked transactions, irregularities and suspicious transactions and keeping records evidencing compliance with their money laundering obligations.

Any knowledge or suspicion of money laundering must be reported to the national crime agency (NCA) and sellers cannot “tip-off” their buyer that a report has been made. Sanctions for failure to comply with the regulations are similar to those, in relation to other service-based industries and will include a civil financial penalty or criminal prosecution, that would result in an unlimited fine and/or a prison term of up to two years.

This concept is wholly alien to many who operate in a world where deals can be conducted on the basis of reputation alone and where the trade is renowned for its secrecy, trust and relationship-based transactions.  What effect it has on the market remains to be seen.

Certainty in a Time of Brexit

We live in a time of immense political uncertainty. We have a new Prime Minister, no Withdrawal Agreement, and no assurance that we will leave the EU on 31st October, with or without a deal in place.

The impact in the art market of Brexit, or a no deal Brexit, remains to be seen, but what is clear is that a weak pound has already attracted more foreign collectors to the UK markets and auctions themselves have been strong over the last 12 months.

Regardless, concerns are raised in relation to the restriction of the free movement of people in a no deal scenario and how new bureaucratic requirements will affect artists and employees of art and cultural organisations, who regularly travel to the EU for work including travelling exhibitions and art loans. EU nationals currently residing (and working) in the UK will need to register under the EU Settlement Scheme, which should secure their status in UK law. Travelling to the UK post a no deal Brexit is likely to impose new Visa requirements, documentation at the borders and information on driving and use of mobile phones.

The UK current import tax is only 5%, which is one of the lowest in the EU.  If the UK leaves the EU Customs Union, then imports from the EU will be treated in the same way as from outside the EU. The UK government could, in theory, lower the input tax below 5% as there will be nothing to then limit it, which would again attract more collectors to the UK art market.

Collectors would be well advised to allow more time for exporting and importing consignments in the event of a no-deal Brexit and should use experienced carriers and professional agents to deal with the formalities. Export licences are not likely to be affected by a no-deal Brexit,  but collectors will be more reliant on shippers to ensure the correct documentation is in place before exporting, as customs clearances or transit documents will be required to take stock into the EU post-Brexit.

All art related businesses or organisations must ensure that they are compliant with the relevant data protection laws, if they send personal data outside the UK or receive date from the EEA. Cross border copyright is also likely to be affected in the event of the UK leaving the EU without a deal. Correspondingly, organisations may need the copyright holder’s consent to export intellectual property-protected goods, that have been legitimately put on the market in the UK to the EU.

In the event of a no deal Brexit, the government have warned that CITES-related animal or plant species (and their parts) will no longer pass through Dover or the Euro tunnel. If Britain leaves the EU without a deal, then new specimens will need a permit to be transported between the UK and the EU and will only be able to travel through designated ports.

The art market has generally reacted with dismay to the Ivory Act 2018, which was expected to come into force later this year. It will introduce a ban on “dealing” in elephant ivory, which includes buying, selling and hiring ivory, offering to arrange or buy, sell or keep it for sale or hire. This extends to exporting it from or importing into the UK for sale or hire.

The prohibition applies to buying, selling or hiring elephant ivory and will not affect private collectors to the extent that they already own, inherit, gift, donate or bequeath items made of or containing ivory. Nonetheless, it will affect collectors wishing to sell ivory items and their collection, which means they will be restricted to selling to a qualifying museum.

Dealers will be most affected by the Act and whilst many agree that the poaching of elephant ivory must be stopped, a blanket restriction on the sale of antique ivory works is not seen a solution.  Activists also argue that a ban on elephant ivory only creates demand for other forms of ivory and are campaigning for an extension of the Bill to cover hippos, warthogs and narwhals.

Recently a small group of dealers and collectors have mounted a challenge in the High Court claiming that the Ivory Act should not focus on antiquities, but instead ensure that ivory objects that are traded are in fact antiques rather than modern fakes. The argument that trade in pre-1947 worked ivory is already covered in EU legislation has resonated with the court, and an application for a Judicial Review of the Act has been granted will take place later this year while the UK is still part of the EU. Watch this space.

The issue of repatriation/restitution of art and cultural property is one that has attracted much recent press attention. Historical plunder and request for its return has always been a contentious and emotional subject and one, which has been addressed by the UK government in relation to Nazi-looted art and the issue of holding human remains in publicly funded museums and collections.

Recently there have been calls for return of artefacts of African cultural heritage both in France and the UK, and German museums are also analysing their collections with a view to returning artefacts acquired in the colonial era.  The issue of consent to the removal of the artefacts is a key theme. The Declaration of Rights of Indigenous People in 2007 legislates to restore “cultural intellectual religious and spiritual property taken from indigenous people without their free, prior and informed consent and in violation of their laws, traditions and customs”. In short, if items are removed in circumstances of oppression, often following violent conquest, then their refusal to return these items following peaceful request can often be seen as a perpetuation of the relationship of control.  Literally adding insult to injury.

Museums in response argue that by acceding to one request for the return of cultural property, they would open the floodgates to others and result in the emptying of museums, which should be a world resource rather than having a nationalistic focus. The uncomfortable truth about the acquisition of these items is a story that should be told by setting out the full provenance and the historical context, so there is a better understanding of the circumstances in which they came to be where they now are. There is no easy answer, but the debate evokes emotional arguments on both sides.

In the meantime, on 12th March 2019 the European Parliament adopted the Regulation on the import of cultural goods which is designed to control the import into the EU member states of certain items of cultural property. The object of this legislation is to protect against illicit trading of cultural goods and the “preservation of humanities cultural heritage”.  This supports other measures in place that have been intended to restrict the illicit trade in cultural goods, particularly from the Middle East, and fill in any gaps across the EU.  As a regulation, it is already directly applicable in the UK and if the UK leave the EU on the terms of the Withdrawal Agreement, as currently proposed, it will form part of UK law on the date of exit.

It remains to be seen whether the combination of restriction on import of cultural goods, and request for return of cultural goods that have been illicitly or illegally obtained will result in a change in requests for return of items.  Museum directors can still rely on statutory restrictions that prohibit the return of items and, until they are allowed to do so, perhaps cultural collaboration between the museum community and the claimants will at least enable the full story to be told and the claimant’s voice heard.

This feature is brought to you by Hetty Gleave, a Partner at Hunters Law LLP.

What Are the Rules to Wealth Management?