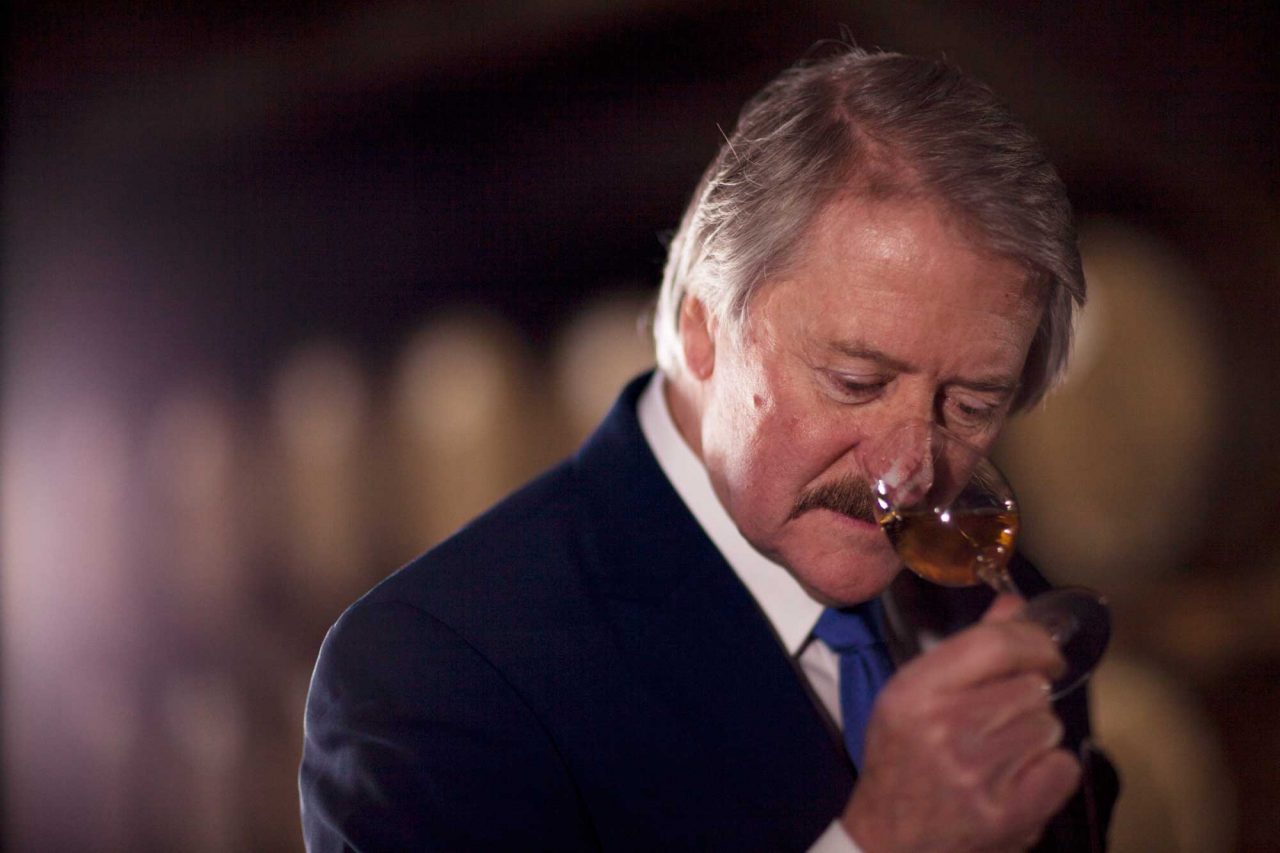 A once-in-a-lifetime selection of six exceptional single malt whiskies is celebrated through the release of three unique collections that tell the story of The Dalmore’s relentless pursuit of excellence through six decades.

A donation from the global auction at Sotheby’s of a unique one-of-a-kind collection of six rare Single Malts in October will be made to V&A Dundee as part of a four-year partnership with the arts powerhouse celebrating design, creativity, and vision.

The Dalmore Highland Single Malt is presenting The Dalmore Decades, a one-of-a-kind selection of exceptional whiskies, spanning six decades. From one of the oldest liquids released by The Dalmore to the first Scotch created in the new Millennium, the collection celebrates the creators and stories behind each bottle and a once-in-a-lifetime chance to own these iconic pieces of whisky history.

See also: How Whisky Could Pay For Your Future

Demonstrating the craftsmanship of The Dalmore’s whisky, each decanter tells a story of the Highland Single Malt maker’s relentless pursuit of excellence. Celebrated in the release of three extraordinary Collections, the first truly unique set of six whiskies, the No.6 Collection, will be offered at auction by Sotheby’s in Hong Kong in October 2021, as part of the company’s autumn sales series. A significant percentage of the sale will be donated to Scotland’s design museum and the first V&A Museum outside of London, V&A Dundee.

The Dalmore recently unveiled its long-term commitment to the design and creative sectors via its four-year partnership with V&A Dundee. In a world-first collaboration, the fastest growing luxury single malt whisky (IWSR 2014-2019, Cohort: 20 single malts CAGR 14-19 30% or % change 14-19 371% by value) is working with Scotland’s design museum to champion and nurture creative talent. The relationship is anchored in a relentless pursuit of excellence as champions of Scottish culture, and in exporting shared purpose, talent, and stories. The four-year collaboration allows V&A Dundee and The Dalmore to curate and advocate for exceptional design on a global scale.

A pioneer in the art of cask curation, over the last 50 years Master Distiller Richard Paterson has been on a mission to push the boundaries in whisky production and seeking to optimize potential over time. The Dalmore Decades is Paterson’s personal selection and a culmination of his custody of the exceptionally rare casks the distillery enjoys.

Paterson commented: “Over the past 50 years, I have kept a watchful eye over our superlative inventory of rare whiskies, giving them the guidance to mature and reach their full potential in the finest casks sourced from around the world. Each bottle marks a very special milestone in the brands history and has a unique story to tell, which I hope the lucky collector will enjoy with those closest to them – if the last year has taught us anything, it is that life is to be enjoyed now. This collection is a memento of our 180-year history in the making. We are proud to share the pinnacle of six decades of whisky making, the result of potential earned and honed over time.”

The one-of-one, six-bottle Collection to be auctioned via Sotheby’s is comprised of:

The Dalmore Decades 1951 – ‘Royal Heritage’
A 60-year-old single malt, matured in twin sherry casks, one can expect to find whispers of black treacle, ginger spice, and cocoa powder. The astonishing 1951 is one of the oldest whiskies ever released by The Dalmore, and the last of the whisky distilled during the Mackenzie era. Founders of the Distillery, it is the Mackenzie family heritage that allows The Dalmore to proudly display the 12-point royal stag on each and every bottle.

The Dalmore Decades 1967 – ‘Expertly Composed Spirit’
An impeccably elegant 53-year-old single malt, laid down in 1967, a landmark year in which the stillhouse as it stands today was created. This single malt provides complex but wonderfully intriguing layers of clementine, tangy ground coffee and muscovado, thanks to its final maturation in a Mont-Redon Châteauneuf-du-Pape wine barrique.

The Dalmore Decades 1979 – ‘Curating Exquisite Casks’
This 40-year-old single malt is a tribute to the longstanding relationship between González Byass and The Dalmore. The 1979 has enjoyed maturation in a particularly fine Matusalem Oloroso sherry butt before a final maturation in a Graham’s Port Vintage 1952 – one of Port’s rarest vintages. The resulting whisky is exuberant sultanas and toasted pistachios, finishing in pleasant notes of maple syrup, pineapple, and succulent dates.

The Dalmore Decades 1980 – ‘Unbroken Chain of Visionaries’
The 1980s marked Richard Paterson’s arrival at The Dalmore and his tutelage by the last Mackenzie. Like his predecessor, Richard’s long-standing tenure personifies a commitment to the vision of the distillery established 180 years ago. This 40-year-old single malt takes the traditional maturation of The Dalmore and reverses it: the whisky moves from Bourbon casks into Matusalem sherry butts, then spends more than five years back in first-fill ex-Bourbon casks before bottling – a bold move which brings renewed life and vivacity to the spirit. The 1980 promises beautifully orchestrated single malt layers, which include a gentle whisper of bitter chocolate, marzipan, and cocoa powder.

The Dalmore Decades 1995 – ‘The Creation of an Icon’
The 90s welcomed the creation of an icon The Dalmore’s minimalist bell-shaped bottle, its sinuous curves echoing the voluptuous shape of the stills through which the distillery’s matchless spirit runs. The 1995 is matured in ex-Bourbon casks and finished in spectacular Tintilla de Rota port pipes. It offers a burst of red berries, glazed nectarines, frangipane, and moist pecan pie on the palate, building to a triumphal finish.

The Dalmore Decades 2000 – ‘Into the New Millennium’
At 12:02am on Saturday, 1 January 2000, as the world celebrated the dawn of a new age, workers at The Dalmore were at their posts securing a notable achievement for the Highland distillery: the first in Scotland to run new spirit off the stills in the third millennium, officially witnessed three minutes after midnight.

See also: Why Cask Whisky is the Investment of Choice

The final whisky of The Dalmore Decades is also perhaps the most distinctive: it has spent all 20 years of its life in a Matusalem Oloroso sherry butt in a radical departure from the distillery’s practice. Rare and intriguing, black maraschino cherry and bitter chocolate drench the palate, and a final kiss of liquorice and tarte Tatin ebbs slowly in the background. While it took 20 long years to craft this unique spirit, its exceptional quality can be recognised in a matter of seconds.

Alongside the truly unique No. 6 Collection, The Dalmore will extend the opportunity for collectors to acquire a remarkable piece of history, releasing 15 one-of-a-kind, collectible Decades sets – the No.5 Collection, containing five masterpiece Decades whiskies through the years (1967, 1979, 1980, 1995, 2000). Each of the 15 sets is truly unique: mirroring the colours of the brands Principal Collection, each decanter will feature a different and distinctive coloured stopper. Bottles will be engraved with an exclusive set number, presenting a compelling opportunity for established and new collectors alike. Every set is presented on a stunning pedestal that owners will take home to display as their own masterpiece. Each No.5 Collection set will be sold exclusively through the finest retailers in the world including Harrods (UK), Wally’s (US), Le Bon Marché (FR), and CDFG Hainan with an RSP of £200,000.

Alongside the No.5 Collection, the No.4 Collection of 25 covetable sets, each containing four Decades whiskies (1979, 1980, 1995, 2000), will be made available to purchase. Mirroring the No.5 Collection, each unique decanter will be engraved with an exclusive set number and striking black collar and stopper, presenting a once in a lifetime chance to capture four remarkable moments in Scotch history. Each set will be displayed within one bespoke display pedestal, with individual compartments to house each decanter, and with each whisky’s unique story engraved upon the door. Each No.4 Collection set will be sold exclusively through retailers including Selfridges (UK), Annabel’s (UK), Harrods Shanghai, Galleries Lafayette (FR) and Waldorf Astoria (NL) with an RSP of £100,000.

The Dalmore Decades No.6 Collection will be auctioned by Sotheby’s in Hong Kong in early October. For more information, please visit www.thedalmore.com or www.sothebys.com/wine.

The Art of Protest at Bournemouth's Giant