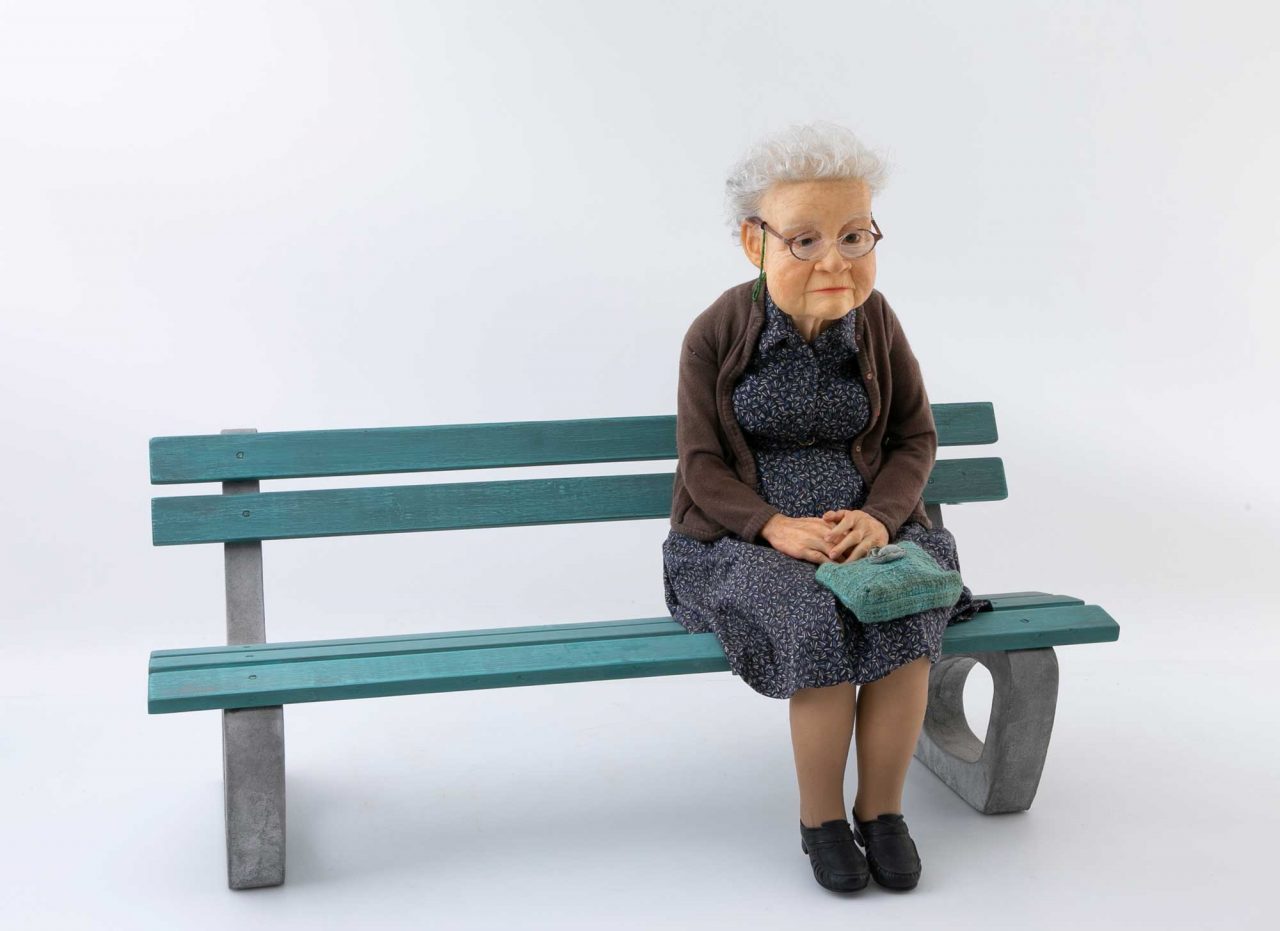 GIANT, a new 15,000 square foot gallery in Bournemouth, will open on August 7th. Claiming to be the largest artist-led space in the UK, GIANT is situated within a historic building in the heart of the town centre.

‘Big Medicine’ sets the agenda for the gallery in future years. Taking its position in a small and largely culturally underserved seaside town of Bournemouth, here GIANT knowingly pokes fun at its High Street location, issuing a rally cry for the importance of the arts to heal cultural wounds through shared experience. It has a subtle yet potent backdrop of counter cultural moments of connection – times in which the arts have moved us forward societally, from the 1967 summer of love, through to the 90s illegal rave scene, overlaid with the trials and tribulations of technology and science.

‘Big Medicine’ is an exhibition on both a grand and microscopic scale. From giant inflatables and immersive rooms to miniature paintings, by both internationally renowned artists and new emerging voices, this vast exhibition serves to celebrate and re-ignite our connection with one another in public space. With our lives increasingly dominated by the digital, the show is an invitation to get physical, to play and to interact, allowing art and the space it inhabits to act as a mediator in us reuniting and seeing one another again in a new light.

Technology and the pandemic have created the perfect storm for fear and atomization, and the exhibition is a timely and poignant reminder that the world we have returned to has changed drastically from the one we left behind pre-pandemic. In ‘Big Medicine’, curator Stuart Semple attempts to test the radical assumption that the experience of art could have a positive sociological effect on cultural wounding. Art itself could be the biggest cultural medicine we have.

Visitors are greeted by Chad Person’s gigantic inflatable sculpture Underdog, a cartoon canine in a superhero costume, staring down at his mobile phone, and Jake and Dinos Chapman present a series of bronze-cast suicide vests, the form of which is inspired by youtube clips of suicide bombers. The works, whilst reminiscent of Jeff Koons Aqualung (1985), are hand painted in bright colours, featuring art materials where one would expect explosives. As one would expect from the brothers, a dialogue with death ensues, in which the risk and danger of being an artist is pitched against the power of the artist’s conviction to fight for belief.

Bournemouth-born Gary Card returns to his hometown to create a fully immersive installation based on the ‘Hysterical’ world he built at Phillips auction house in London in 2019. Paul Trefry, well-known for photo realistic sculptures that question societal issues such as loneliness or homelessness, exhibits two works previously unseen in the UK – one a double life-sized sculpture of homeless man, the other a tiny old lady, waiting indefinitely on a park bench for a husband who never arrives (top of page – Gladys Always Knew Charlie Was Late, 2010, mixed media, 65x50x40cm).

The perfectionist pop aesthetic of Damien Hirst’s medicine cabinets is challenged by Gavin Turk in his own cabinet, in which he replaces Hirst’s meticulous pills with the detritus of pharmaceutical packaging, making us redress utopian images of the perfect society and challenging notions of birth, death and decay.

The back of the gallery houses a site-specific piece by Jim Lambie. This intervention recreates his iconic ZoBop vinyl floor, originally installed in the Scottish National Gallery. The work defines the space as a site of art and co-opts the architecture, once made for the pure aesthetic experience of shopping. It stands as a strong testament to purpose and reclamation of the high street as a site of artistic endeavour, a theme that continues in the work of Nicky Carvell, who presents the decay of the traditional town centre in a new stained-glass window installation created specifically for the show.

In GIANT’s dedicated Project Space, ‘Why We Shout – the Art of Protest’ has been curated by Lee Cavaliere, Director of VOMA, the world’s first virtual museum created entirely for digital.

In association with Greenpeace, ‘Why We Shout: The Art of Protest’ is a group show looking at the ways in which contemporary artists respond and contribute to protest and activism. With the right to protest being curtailed in many countries round the world, including the UK, it is important to look at its origins, outlets and impact on wider culture.

Artists have often been at the forefront of protest movements, using their work as a way to broadcast, challenge and invite debate. This exhibition brings together renowned artists working in this field and asks us to look at the relevance of protest in contemporary society. The exhibition brings together points of view from across the globe, from US artist Martha Rosler’s feminist video, to Turner-Prize winner Jeremy Deller and Hong Kong activist-artist Kacey Wong. We see the protest community spill from Dancefloors to Demos in the photography of Bex Wade and see the ways in which Greenpeace have used art to highlight important environmental issues, alongside additional works by Banksy, Jeremy Deller, Ed Hall, Jacob Love and Liberate Tate.

The show will run concurrently with an exhibition at VOMA, featuring some of the same artists and taking a more historical view of protest; this exhibition features the work of Francisco Goya, Dread Scott, Barbara Kruger, Pieter Bruegel and Diego Rivera.

Directed by British contemporary artist Stuart Semple, GIANT is programmed to feature works by some of the best-known international artists and new pieces by inspiring yet largely unknown creators from around the globe, aiming to start dialogues across hierarchies, histories and cultures. It is hoped that a conversation around the opportunity to integrate art into life in new ways might emerge. Or, at the very least, a recognition of art’s vital role in our connection with one another, our communities and our future. As the inaugural exhibitions at GIANT, therefore, ‘Big Medicine’ and ‘Why We Shout: The Art of Protest’ set out to define a culture within the gallery itself of being accessible, entertaining, exciting, challenging and open.