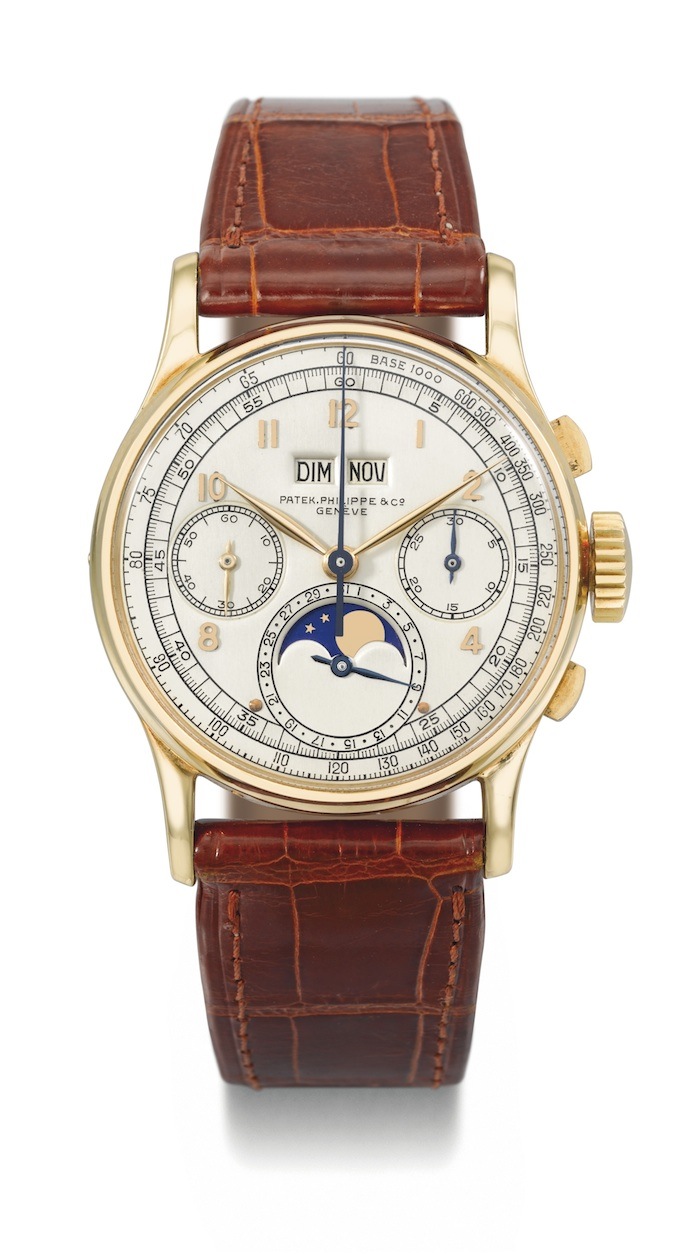 The watch, made for the king in 1944 when he was just 25 years old, sold after nearly five minutes of intense bidding. It fetched a record sum for a timepiece auctioned in the Middle East.

The 18-carat gold timepiece was estimated to be worth as much as $800,000 by the auction house, which concluded its 23rd season in the region.

‘It’s very clear there’s an appetite for watches across the region,’ Michael Jeha, managing director of Christie’s Middle East, said in an interview.

Indeed, watch collecting has become very popular in the Gulf, where young collectors wear watches as elegant accessories with the abaya and kandora.

In the Emirates, vintage watches have replaced diamond-studded timepieces—coveted for their rarity.

Revenue from Dubai’s vintage watch auction has doubled every year.

King Farouk was just 16 years old when he was crowned king of Egypt and Sudan in 1936.

Known for his lavish lifestyle, he was deposed in a military coup in 1952 at age 32 and forced into exile.

His son, King Fuad II, was the last king of Egypt.

He had commissioned many of the greatest watchmakers at the time to create for him a one-of-a-kind timepiece such as the Patek Philippe, Reference 1518, which was launched in 1941.

The Patek Philippe, Reference 1518 is a timepiece that is celebrated as the first perpetual calendar chronograph wristwatch to be produced in a series by any watch company.

It is said that only 281 pieces were created.

The auction sales totalled $7.1 million, exceeding the original estimate of $5 million to $8 million.

Five artists from Lebanon, Iraq, Iran and Egypt set world auction records at Christie’s post-war and contemporary art sale on Thursday, even though the sales total of $2.97 million fell short of the low estimate of $3.1 million.

The most expensive work offered, Une vie singuliere (1969) by the late Shafic Abboud of Lebanon, failed to sell after bids came in below the low pre-sale estimate of $220,000.