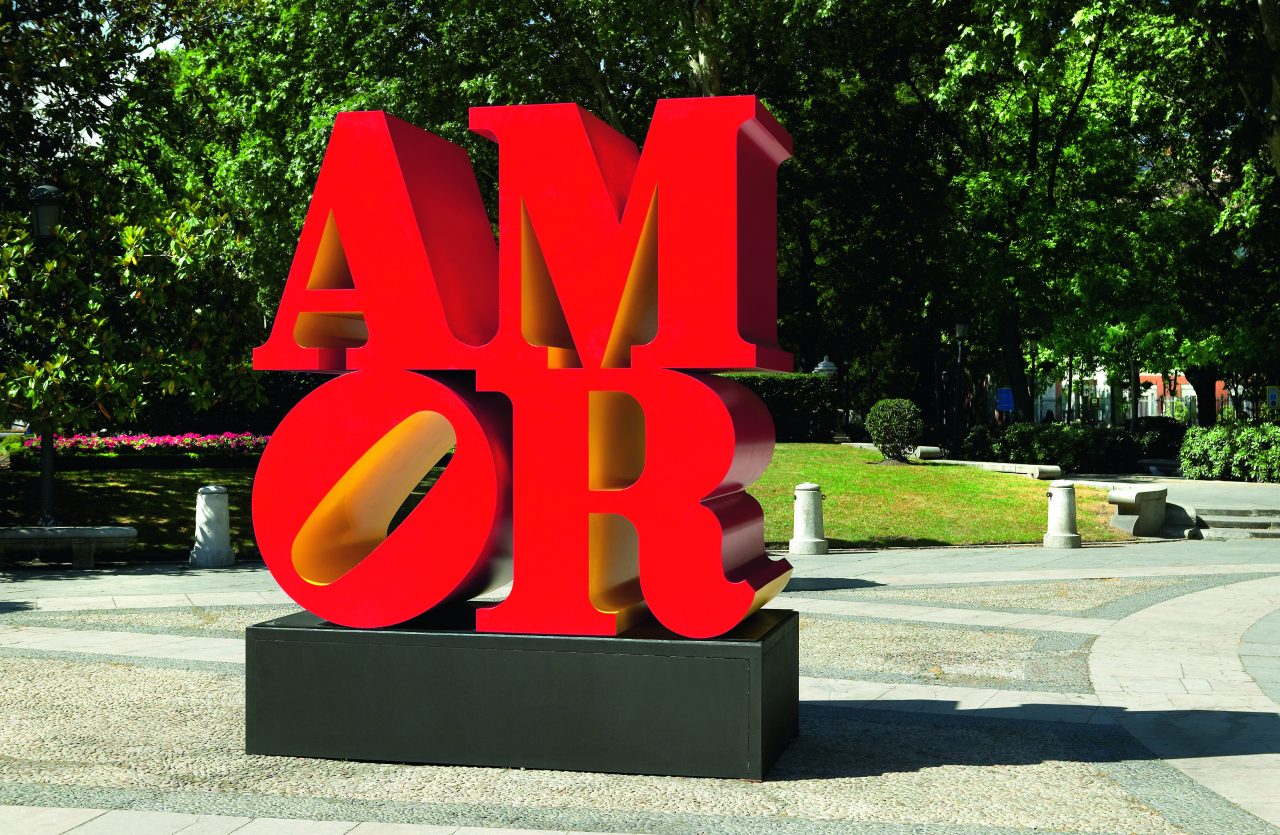 David Nash: Full Circle is an exhibition of drawings, film, archival photos and works on paper by sculptor and land artist David Nash RA, running from 19th February – 5th June 2022 in the Park’s Weston and Bothy Galleries. The exhibition will be dedicated to the artist’s drawings inspired by trees, from the observational and documentary, through to intensely coloured, abstract works that capture the essence of their life force.

Nash’s long association with Yorkshire Sculpture Park (YSP) began over forty years ago and Full Circle marks an affinity between artist and organisation. In the early 1980s, he wrote in a letter regarding his forthcoming YSP residency: “environment and ecology are a first consideration for me as an artist”. This prescient and enduring occupation not only with the intersection of nature and art, but our direct human relationship with the natural environment, makes Nash’s body of work ever more pertinent as we address the climate crisis. A critical aspect of his admiration for trees, and one we might learn much from, is that “trees take just enough and give back more”.

Drawing is as central and constant in Nash’s practice as the trees it grows from. It is a way of learning about and understanding his subject, of finding form for ideas, recording and responding to forms from life. Works in The Weston Gallery, a significant number of which have never been exhibited before, will be enlivened by the natural light that floods the space and will resonate with the far-reaching landscape views.

Spanning four decades, a broad range of drawings reflects different processes and types of mark making, from fine graphite to thick, smoky charcoal, and bold swathes of colour achieved by applying pure pigment with cloth. The dynamic Big Beech Going at Space (1978) conveys the pure energy of growth through minimal yet highly expressive lines. This directness, seen across the exhibition, is a result of the fact that the artist draws immediately and rapidly from life in the landscape, driven by the particular qualities of trees and their environments. Other works reflect at greater distance, made in the studio and concentrating on embodying the sensation of a principal characteristic such as colour, as so vibrantly demonstrated in Red Tree (2021).

Place is also reflected directly in the process of drawing: Ash Dome (2007) was created using earth taken from the surrounding ground, and Autumn Leaves in a River, November, Llan Ffestiniog (1983), made by drawing single leaves with ink and then repeatedly dipping the paper in river water to build up layers of different densities and reflect the durational nature of making.

In the Bothy Gallery a complementary display of films, archival photographs and works on paper will chart Nash’s remarkable relationship with YSP through his residencies and evolving works made for the landscape. In customary style, the artist will use diagrammatic drawing to demonstrate visually the aesthetic associations and familial links between pieces as well as the wider context of how his time at YSP fed into his wider career.

Full Circle also offers an opportunity to reconsider Nash’s site-specific works at YSP through a circular walk that links The Weston Gallery and Bothy Gallery, taking in sweeping views across the Park and lakes. Barnsley Lump and Three Stones for Three Trees were made during the artist’s first residency in 1981-82 and reflect the passing of four decades in their respective erosion and growth. Seventy-One Steps (2010), created for his major retrospective, has also been newly restored, re-charred and oiled to reanimate the black surface of the oak sleepers that snake up the valley side. Rarely have institution and artist held a creative partnership over such an extended period of time.

Spanning 60 years of the artist’s career, the exhibition will include a dynamic display of outdoor and indoor sculpture, along with significant paintings and prints, many of which have not been previously shown in the UK. Exhibited in the Underground Gallery and open air, Robert Indiana: Sculpture 1958-2018 will further the contextual understanding and public appreciation of this exceptional American artist.

Robert Indiana: Sculpture 1958-2018 traces the development of the artist’s sculpture across six decades of significant social and political change. Through the selection of fifty-six works, six of which will be shown in the landscape, the exhibition explores the nuanced character of Indiana’s practice and his perception of the darker side of the American dream. Unity, acceptance, and love are themes that run throughout Indiana’s work and that remain relevant today, such as movements against racism and discrimination towards the LGBTQIA+ communities.

Indiana was an advocate for many human rights issues, and central to the exhibition are his important social justice works. Mississippi (1965), from the artist’s Confederacy series, was a controversial response to racist atrocities committed against the United States Civil Rights movement of the 1950s and ‘60s, harking back to the 1861-65 American Civil War, with its formation of the pro-slavery and white supremacist Confederate States. Love Rising (The Black and White Love) (1968) was made in the aftermath of the assassination of Dr. Martin Luther King Jr., and Ash (1985), from Indiana’s Vinalhaven Construction series, references the gay community’s response to the AIDS crisis of the 1980s.

Beginning with Indiana’s earliest relief and collage forms, which incorporate found objects and remnants of industry taken from derelict warehouses near to his studio, the exhibition unfolds across Indiana’s series of sculptures made for both indoors and outdoors. One of the earliest works in the exhibition, The Melville Triptych references Coenties Slip, the street in Manhattan where Indiana lived from 1956 amid a community of notable artists, including Ellsworth Kelly, Agnes Martin and Cy Twombly, before he moved in 1978 to Vinalhaven, an island off the coast of Maine. Although away from the New York art scene, Indiana continued to create works in his home and studio, Star of Hope, which is now under the supervision of a foundation he created to preserve his legacy and promote visual arts education.

Striking groups of Columns and Herms will be displayed across three gallery spaces, including early wooden constructions as well as later bronze casts. Varying in size from just over 1 metre to 3.5 metres tall, these sculptures were created using salvaged materials from the demolished industrial buildings surrounding the artist’s studio. Indiana studied typography whilst he was a student at the University of Edinburgh and the use of words and numbers became central to his artistic practice, particularly the exploration of their physical form. He first used words on his early wooden Herms, with the choice of word being dictated in part by the space in which the artist intended it to fit. He sought to use words that summarised a theme or feeling in the most direct way, for example, ‘eat’ to represent ‘life’ and ‘die’ to represent ‘death’.

Announcing the exhibition at the entrance to YSP will be Indiana’s iconic LOVE (Red Blue Green) (1966–1998). The artist first used the word in a painting in 1961. Beginning in 1964 he began a series of LOVE paintings using the unmistakable slanted ‘O’ within a square format that Indiana said was “the most dynamic way to use four letters”. The sculptural iterations of LOVE, the first of which was created in 1966 in aluminium, retain a sense of being extruded forms of the two-dimensional letters. At YSP, this work will be seen against the background of parkland, lakes and woodland valley.

Indiana’s brilliantly coloured, 6-foot-high aluminium sculptures ONE Through ZERO (The Ten Numbers) (1980–2001) will be placed on the lawn outside the Underground Gallery. Blending painting and sculpture, the Numbers represent the stages of human life, from birth to death. Indiana’s fascination with numbers stemmed from an acute awareness of how they are connected to everything we do and how they are understood across many languages. “Numbers fill my life,” he stated. “They fill, my life even more than love. We are immersed in numbers from the moment we’re born.”

Running from the summer solstice to the autumn equinox 2022, and taking inspiration from Indiana’s exhibition, YSP’s Summer of Love will be a series of events and projects celebrating human relationships, understanding and love between people. As well as sparking moments of pure, joyful connection, the programme will investigate the complexities of love and community: how we relate to one another and ourselves, and how we can represent love in a way that is inclusive of and compassionate to everyone.

For more information on both exhibitions, visit: www.ysp.org.uk

Exploring Glass in Contemporary Sculpture at the Henry Moore Institute