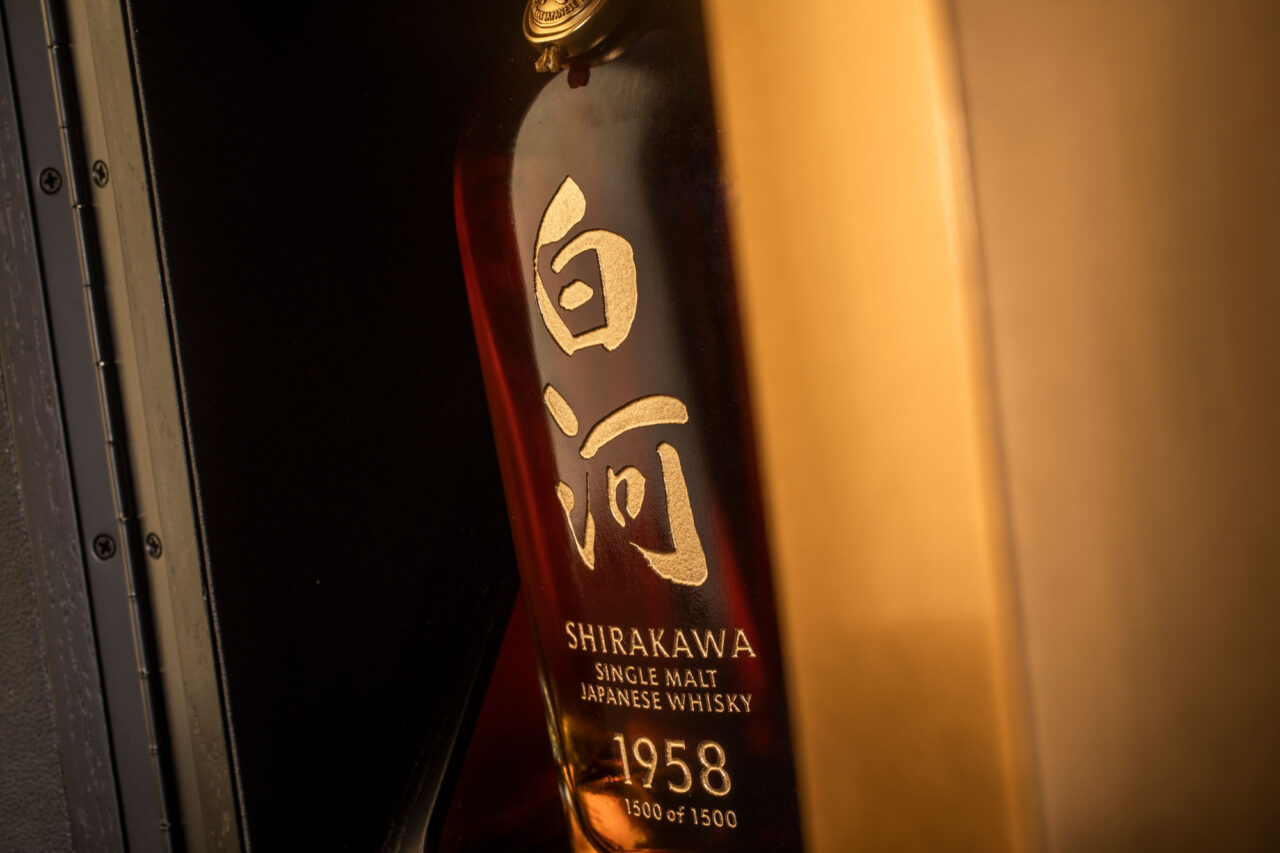 Shirakawa 1958 is a single malt whisky from the lost Japanese distillery, Shirakawa, which was located 200km North of Tokyo, Japan. The whisky produced was rumoured to be exquisite, but destined only for blending and never to be captured as a single malt until now, with a collaboration between Tomatin Distillery and Takara Shuzo. This remarkable and incredibly rare expression will be the only official single malt bottling from Shirakawa Distillery; limited to 1,500 bottles globally and is the earliest single vintage Japanese whisky ever bottled.

“There are no known examples of Japanese Whisky claiming to be from a Single Vintage that predate Shirakawa 1958,” confirms Stefan van Eycken, the pre-eminent authority on the world of Japanese whisky and distilling. “Even though Shirakawa Distillery was one of the pioneers of malt whisky making in Japan, the liquid was never officially available as a single malt. This limited 1,500 bottle release will see the Japanese Whisky category, one of the most sought-after categories of spirit in the world, continue to grow from strength to strength”

The Shirakawa Distillery was built in the Fukushima Prefecture, in 1939 by Daikoku Budoshu and purchased by Takara Shuzo in 1947. Operating for nearly six and a half decades, it produced malt whisky between 1951 – 1969, one of the first distilleries in Japan to do so. The vast majority of the whisky produced was used in Takara Shuzo’s flagship ‘King’ blended whisky brand. The Shirakawa Distillery then was demolished in 2003.

Stephen Bremner, Managing Director of Tomatin Distillery Co. Ltd. had become intrigued by parent company Takara Shuzo’s history of malt whisky production in Japan and why so little was known about this aspect of the company’s history. Determined to uncover more, he pieced together anecdotal information from previous employees about whisky production and searched for long lost documents that might shed some light on Shirakawa’s single malt Japanese whisky making past.

The final remaining parcel/remnant was identified in Takara Shuzo’s Kurokabegura in 2019. The liquid had been distilled in 1958, aged in cask, then transferred to ceramic jars at the distillery. When Shirakawa closed, it was put into stainless steel tanks at Takara Shuzo’s factory in Kyushu where it lay untouched until now.

“Tomatin Distillery Co. Ltd had been bought by Takara Shuzo in 1986 and I became fascinated by the story of Shirakawa and its history of whisky production. There had never been an official single malt bottling, and the distillery had long gone, but I couldn’t help wondering what if a part of liquid history lay unearthed. After several in-depth discussions with colleagues at Takara Shuzo the last remaining parcel of Shirakawa was identified in 2019. When I discovered that the last remaining stock was distilled in 1958, I was astounded! It was a genuine WOW moment as I realised very quickly that what we were dealing with was extremely rare.” Explains Stephen Bremner, Managing Director of Tomatin Distillery Co. Ltd.

This rare discovery brought further mystery both for the liquid unearthed, as with the history of the distillery itself. The precise age of the whisky cannot be specified; although it is clear the liquid was matured in oak casks, the type of cask and length of maturation remains unknown to this day. Though production details are unclear, it is from a time when the distillery used predominantly Japanese malted barley and Mizunara oak casks.

The 1958 vintage – 49% ABV – bottled by Takara Shuzo Co.,Ltd in Japan, will exist as the only official single malt ever to be released from Shirakawa Distillery and the earliest known single vintage Japanese whisky ever bottled.

Artworks on Tour - An Expert View