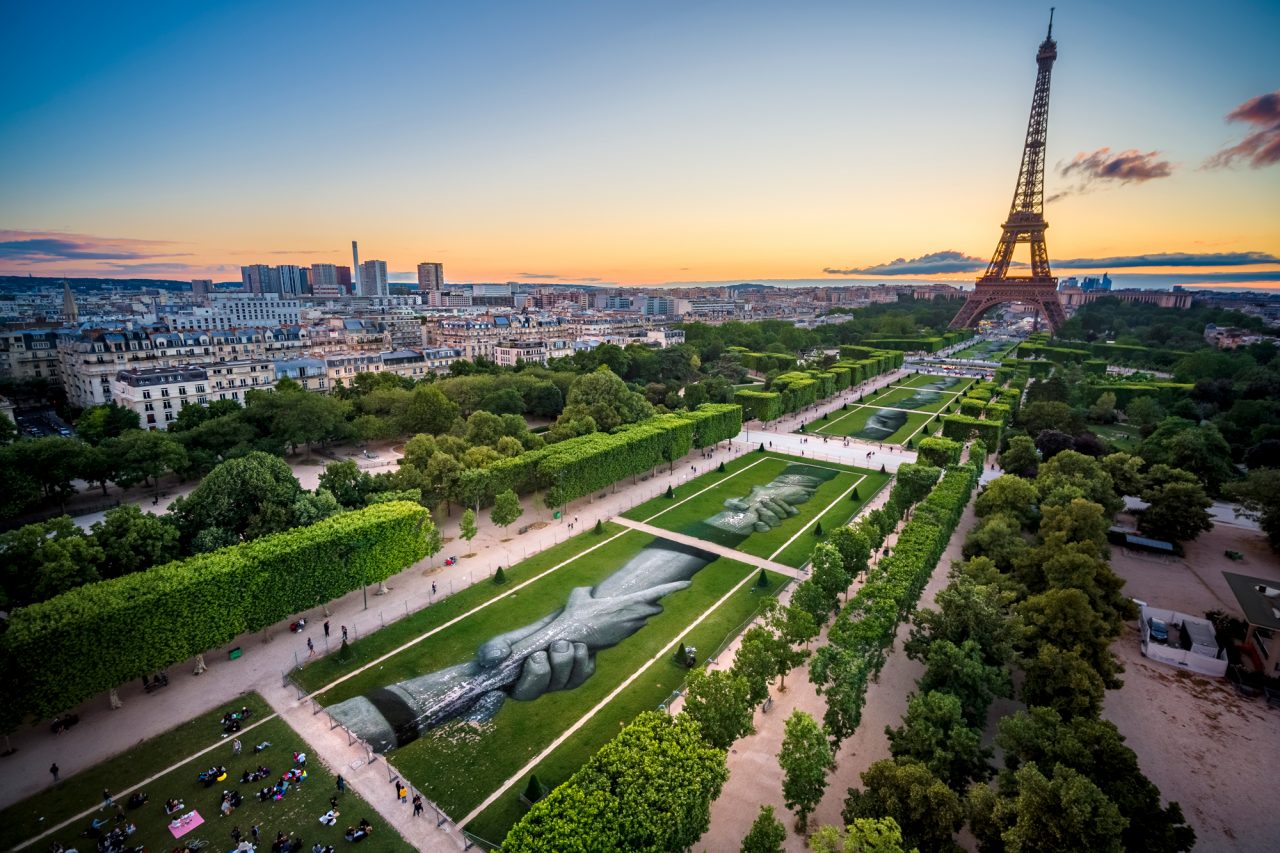 A monumental fresco on the Champ de Mars in Paris was inaugurated on Saturday, June 15th to mark World Refugee Day. The work of ‘land-artist’ Saype, a native of Franche-Comté in Eastern France, the work, Derrière les Murs (Beyond Walls) is 600 metres long and 25 metres wide, and its full scale can be appreciated only from the top of the Eiffel Tower.

Inaugurated by the Mayor of Paris Anne Hidalgo, the fresco, spray-painted with biodegradable and sustainable paint is described as ‘ephemeral’ – it will last only a few days before fading into the soil.

But Saype (real name Guillame Legros) plans to reproduce it in 20 other world capitals throughout the next three years, including London, Berlin, Nairobi and Buenos Aires.

Creation of the fresco required the Champ de Mars by the Eiffel Tower to be blocked for two weeks (a historical first). It was made for the benefit of the NGO SOS Méditerranée, which rescued around 30,000 people in the Mediterranean Sea between 2016 and the end of 2018. Inspired by photos taken of SOS Méditerranée volunteers rescuing migrants, it is designed to convey a message of human togetherness at a time of increasing political, cultural and societal fraction. Saype himself is a trained medic and a former nurse. The artist says he wants to change public opinion with his works: “We’ve been ruined by visual pollution; I feel that people don’t look around any more – I needed something that brought their attention back to what matters,” he said.

Saype has been able to produce the work thanks to the backing and support of MTArt Agency, the world’s first agency for visual artists. He is part of a new generation of artists who are moving away from the traditional gallery model, and MTArt Agency are working to accommodate this new breed of artist through projects such as this.

Sotheby's sold for $3.7b in Deal With Media Entrepreneur