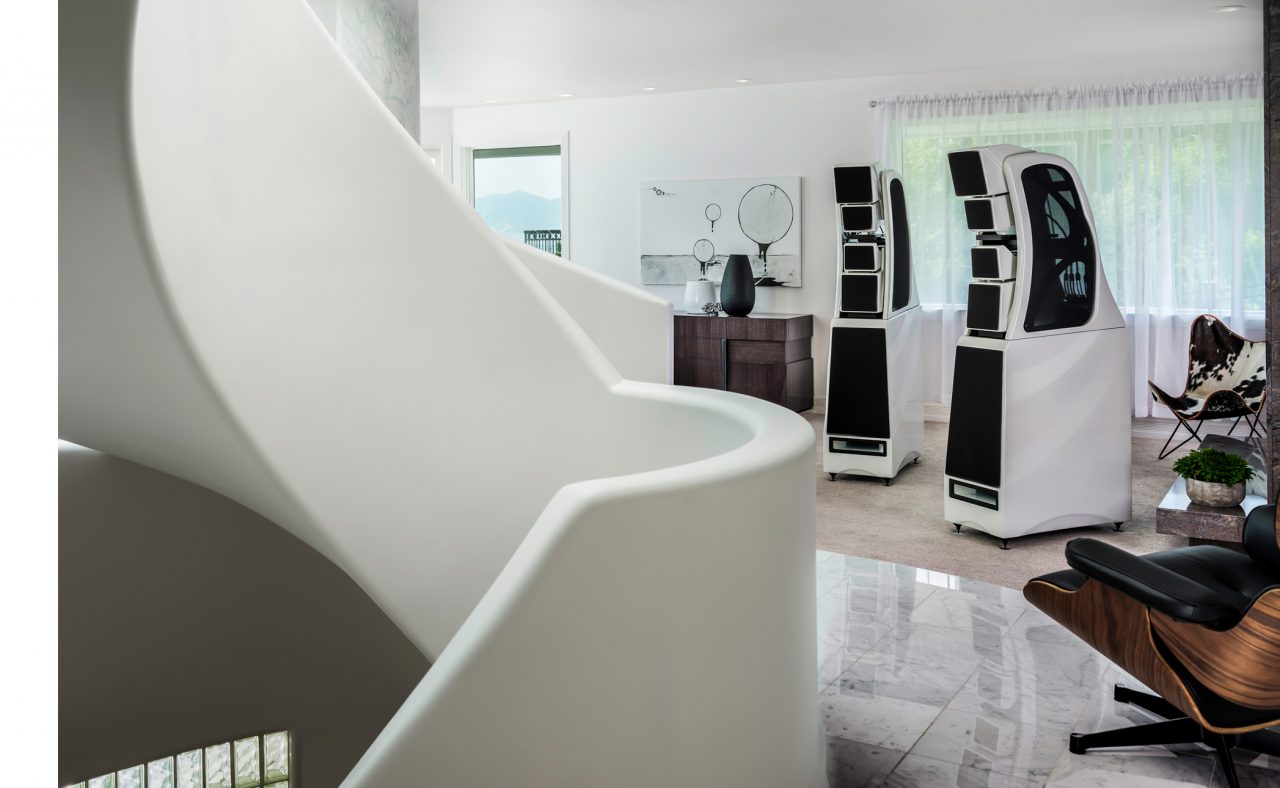 Drawing on key elements of its WAMM Master Chronosonic, Wilson Audio’s new Chronosonic XVX, retailing at £330,000 per pair, represents “a new paradigm at the apex of loudspeaker design”.

In comparison, the Chronosonic XVX retails for a ‘mere’ £330,000 per pair. Designed by Dave’s son Daryl, it draws on key elements of the WAMM Master Chronosonic – claimed to be the most time-domain-accurate speaker ever made – to create a new paradigm at the top of the high-end loudspeaker world.

The net result is an astonishingly crisp, clear and dynamic sounding loudspeaker, capable of immense sonic scale and consummate verisimilitude. Best of all, they’re available in a wide range of gorgeous colours, impeccably applied and finished in the automotive-class paint facility at Wilson Audio’s factory in Utah, USA. The Chronosonic XVX may also be custom-finished in any colour the customer cares to specify.

Features include an all-new Alnico (ALuminum, NIckel, CObalt) QuadraMag™ midrange driver, in an unusual MTMM (midrange, tweeter, midrange) arrangement, an open-architecture Gantry system constructed from X-Material reinforced, ultra-high-grade aluminium, Wilson designed and manufactured crossover capacitors, and a new, fully integrated lighting system which “aids critical setup of the Chronosonic XVX’s time-domain array” using two micrometer units within the XVX upper array—one for the upper QuadraMag driver and the Convergent Synergy tweeter, the other for the second QuadraMag and the 4″ midrange.

The ten- and twelve-inch woofers appearing in Chronosonic XVX’s were developed in conjunction with the WAMM Master Chronosonic project, and feature a front or rear-firing port configuration to solve problems with room acoustics.

Measuring  73 5/8 inches (187 cm) high (without floor spikes), 16 1/2 inches (42 cm) in width and 33 inches (84 cm) in depth, the XVX’s cabinets and modules are constructed using a combination of the company’s proprietary X- and S-Material composites, and aerospace aluminium, while the crossover housing is constructed from carbon fibre.

The Chronosonic XVX is brought to the UK by Absolute Sounds, Wilson Audio’s sole UK distributor.