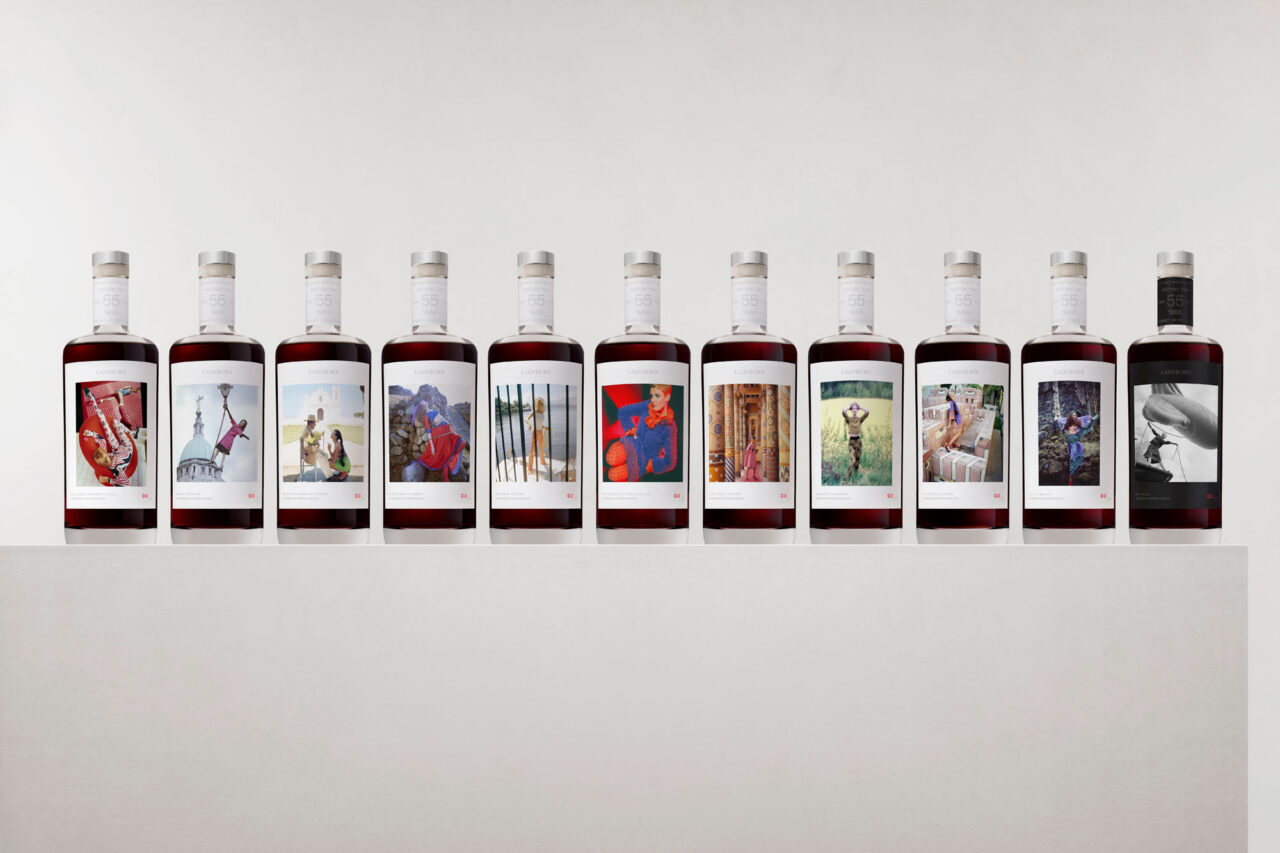 William Grant & Sons, the world-leading Rare Whisky House, today (June 6th 2022) launches Ladyburn Edition Two, an ultra rare 55-year-old whisky from a transformative age, paired with rarely seen images from the archive of British fashion photographer, Norman Parkinson, regarded as the father of fashion photography. Capturing the mood of the ‘Swinging Sixties’, this second edition in the Ladyburn 1966 triptych, brings to life a ‘lost-gem’ distillery through the work of an era-defining creative icon, whilst celebrating Ladyburn’s revolutionary role in Single Malt Whisky during this decade of cultural, social and technological change.

Ladyburn 1966 Edition Two is available by appointment only from June following a private launch event in London, and from William Grant & Sons’ The Distillers Library in Singapore, China, Bangkok and Ho Chi Minh City as well as The Warehouse in Taipei, Taichung and Kaohsiung.

The Ladyburn Edition Two / Norman Parkinson collection is strictly limited to 210 hand numbered bottles. Each bottle carries one of ten individual Norman Parkinson photographic works in colour, unseen for decades and the first time in print since first publication. The first ten collections are accompanied by an 11th ‘black swan’ bottle, featuring a monochrome image, which is not available singularly.

These complete sets comprise of 11 decanters and come accompanied by a specially commissioned display case. Each photograph within the collection was taken between 1960 to 1969, and nods to Parkinson’s groundbreaking approach, pioneering the practice of taking his shoots beyond the studio, on location, showcasing the personality and verve of his subjects. The Norman Parkinson Archive is managed by Iconic Images, Ltd. A number of the images selected for the Ladyburn Edition Two were recently re-discovered by renowned photo historian and consultant to Iconic Images, Terence Pepper, OBE.

Ladyburn is a ‘lost gem’ of the whisky world. A marvel of industrial design when it opened in 1966, the Girvan-located Ladyburn Distillery was only in operation for nine years before closing in 1975. The distillery spanned two decades that changed the future of Scotch Whisky with developments in production and maturation methods. The oldest Lowland whisky available on the market, Ladyburn has unique, finite and rare parcels of whiskies marking an extraordinary moment in the history of Scotch. Of its 9 years of production, less than 200 casks remain. Ladyburn Edition One, a collaboration with David Bailey, was launched in 2021 to huge popularity. Following this, the Ladyburn David Bailey’s John Lennon single-bottling was created especially for The Distillers One of One auction in December 2021, ultimately selling for over £80,000 and breaking the record for a single bottle of Ladyburn sold at auction or in a private sale.

Suzy Menkes, the global fashion authority, critic, and a former editor at Vogue and the International Herald Tribune, curated this highly evocative collection of Parkinson images from the Archive. In her direction, the imagery marks the influence fashion held in the 1960s in driving the sentiment of the period -a hyper-creative mood of individuality, exploration, and empowerment. Inevitably, the series captures the vibrant femininity that sets a template for our modern age.

Jonathan Driver, Managing Director of William Grant & Sons’ Private Clients division comments: “Curating the Ladyburn Limited Edition series has been a fascinating journey. It is indicative of the mood of the sixties and the spirit of our own family founders, that what was a conceptual, exploration project holds such tremendous legacy today. Less than two hundred Ladyburn casks remain in our care, so when we release one it is special. Norman Parkinson’s work is the most fitting partner. We have combined the rarest liquid with the mood of the time – until now this had not been done.”

Suzy Menkes believes that fashion was emblematic of the spirit of the age and a strong driver of change. Its spirit of creativity, freedom and new possibilities aligns to the approach in this decade of the Grant family, which constructed its new Ladyburn distillery at this time. When the distillery closed after just nine years, the Grant family held onto both the pioneering techniques developed at Ladyburn as well as its maturing stocks. The resulting 1966 liquid is a unique and unusual spirit character that can never be reproduced. The selected cask was distilled on 12 May 1966, bottled in 2021, and the liquid’s five decades in a Sherry butt have given it rich layers of velvety toffee intertwined with fruity accents that beautifully balance with intense oak notes.

Brian Kinsman, Malt Master at William Grant & Sons, hand selected this cask for its depth of character and flavour profile, making it the ideal choice for bottling Ladyburn Edition Two. He says: “Cask 102089 selected for Ladyburn Edition Two was one of only a handful of Ladyburn 1966 Sherry Butts that stood out and exemplified the character of the ‘lost gem’ distillery, as well as having some of the typical profile of a single malt aged over 50 years in Sherry Butts. Its contents are a match to Norman Parkinson’s enduring images that tell such a compelling story of the 1960s. They come together to create an unseen wonder.”

As one of the oldest independent family-owned whisky distilleries in the world, William Grant & Sons’ Private Clients provides collectors with access to the finest and rarest whisky expressions. It curates unique items that celebrate heritage and can create a legacy. Ladyburn Edition Two presents an opportunity to acquire a cultural artefact that is imbued with the expertise of generations of whisky makers. Over five decades in a sherry butt has created a remarkably deep and complex single malt. Its rich layers of velvety toffee are intertwined with fruity accents that beautifully balance with intense oak notes.

The 'da Vinci of Violins' Sells for $3.5million at Auction