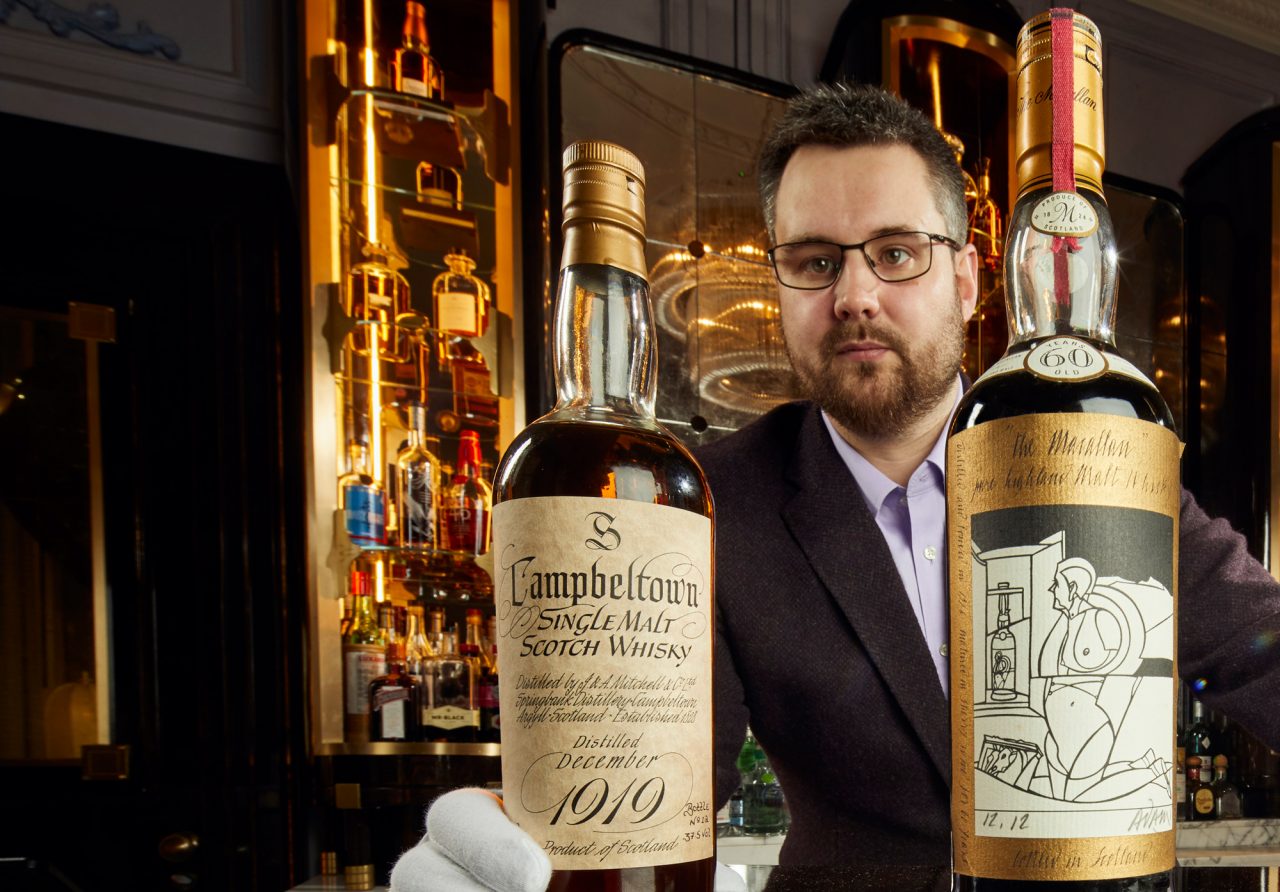 Perth-based Whisky Auctioneer has announced a sale of almost 4,000 bottles of mainly single malt Scotch whiskies, valued at around £8m. The ‘perfect collection’ belonged to late bottling tycoon Richard Gooding, who died in 2014.

The collection includes some individual whiskies valued at over £1m, including a bottle of the 1926 Fine and Rare Macallan which sold in October 2019 for £1.5m, making it the world’s most expensive whisky.

Until recently, the collection was kept at Richard Gooding’s ‘pub’, a dedicated room in his Colorado family home. His widow said “Collecting Scotch was one of Richard’s greatest passions – an endeavour that spanned over two decades. He loved every aspect of it, from researching the many single malt distilleries to visiting them and tasting their whiskies. His mission was to collect a bottle that represented every distillery, but his favourite was always Bowmore.”

Iain McClune, founder of Whisky Auctioneer (seen at top of page at The Gleneagles Hotel American Bar) said: “The Perfect Collection by Mr Gooding is truly one of a kind and a testament to his dedication to collecting Scotch whisky. Its sheer scale and rarity makes it one of the most exciting discoveries in the whisky world, and we’re thrilled to unveil it to the public ahead of it going live on our online auction next year. The library of whiskies is filled with very special bottles, each of which has been researched and meticulously examined for condition and authenticity.”

The Macallan 1926 Fine & Rare 60 Year Old – Currently holds the world-record for the most expensive bottle of whisky sold.
The Macallan Valerio Adami 1926 60 Year Old – Last appeared for sale in 2018, where it achieved the world-record (at the time) for the most expensive bottle of whisky sold.
The Macallan 50 Year Old Lalique Six Pillars Collection – A full collection of The Macallan and Lalique’s collaboration series.
Springbank 1919 50 Year Old – One of only 24 bottles produced.
Glenfiddich 1937 Rare Collection 64 Year Old – The oldest and rarest expression of The Glenfiddich. One of only 61 bottles produced.
Bowmore 1964 Black Bowmore 29 Year Old 1st Edition – Mr Gooding’s favourite dram. The auction will also feature The 1964 Trilogy – Black, White and Gold and The Cask Trilogy – Oloroso, Bourbon and Fino Casks, as well as the incredibly rare Bowmore 1967 Lairgiemeanoch 12 Year Old.
O.O. Old Orkney Real Liqueur Whisky circa 1940s – A window into an altogether different era of whisky production ​​​​​​from the long closed Stromness Distillery.
Dallas Dhu 1921 Single Cask 64 Year Old – A historic rarity never before seen on the secondary market, or in fact by a number of whisky experts/connoisseurs. 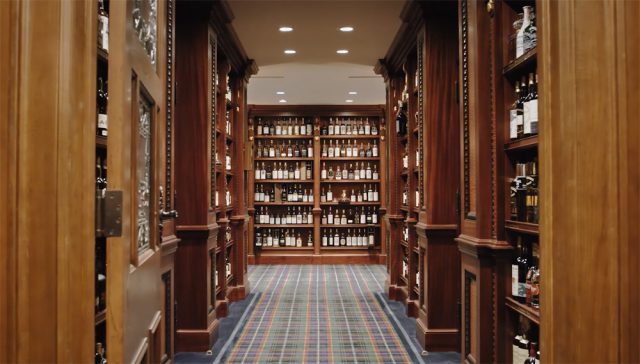 See also: The Tradition and Reinvention of Japanese Whisky