TOTEM, which refers to an esteemed ancestral spirit, interconnects the philosophical aspects of Wallace Chan’s Buddhist faith, including his reverence for the natural world and the innate qualities of the materials he uses in his sculptural work. The exhibition features an installation
work composed of multiple unassembled parts of Chan’s 10 metre titanium sculpture (A Dialogue Between Materials and Time, Titans XIV) positioned across the floorspace of Fondaco Marcello.

Wallace Chan (b. 1956) is a Hong-Kong based, self-trained artist whose material-focused practice encompasses jewellery, sculpture and carving. He began as a gemstone carver in 1973 and gained worldwide recognition for pioneering titanium’s unprecedented use in art. He was the first Chinese jewellery artist to exhibit at TEFAF Maastricht and Biennale des Antiquaires. His works are in the permanent collections of the British Museum (2019), the Beijing Capital Museum (2010), and the Ningbo Museum (2010).

The spectacle of Chan’s installation TOTEM does not belong to a singular form but rather is produced by the relationship between its multiple parts. Once unassembled, the integrity of the sculpture as a unified form is removed, suggesting the fragility and imminent collapse of a previous order. It symbolises the social fragmentation and uncertainty experienced around the world today in global issues such as polarised politics and climate change.

By displacing the sculpture’s fragmented pieces of iron beam and carefully-modelled titanium heads across the floor, viewers are invited to approach the sculptural elements up close and from differing viewpoints, encouraging new perspectives. The experience of walking amongst
the deconstructed sculpture heightens awareness of the work’s relationship to the space around it. A diagram instructing how to install the sculpture as a whole is displayed within the exhibition, intimating a hope for reassembly, union and rebalance.

Wallace Chan says: “This exhibition is influenced by my personal journey of contemplation and curiosity about life, nature and the mysteries of the universe. I am interested in exploring the mystery of matter and form and understanding the distinctions between the imagined illusory
space and real physical matter.”

Curator James Putnam says: “As its title suggests, this exhibition relates to the fundamental principle of the totemism that there’s a shared spiritual relationship between humans and mother nature who must work together in order to sustain life. The calm, enigmatic face depicted in Chan’s sculpture is a mystical spirit, a form of totem that expresses the transcendental state of absolute oneness.” 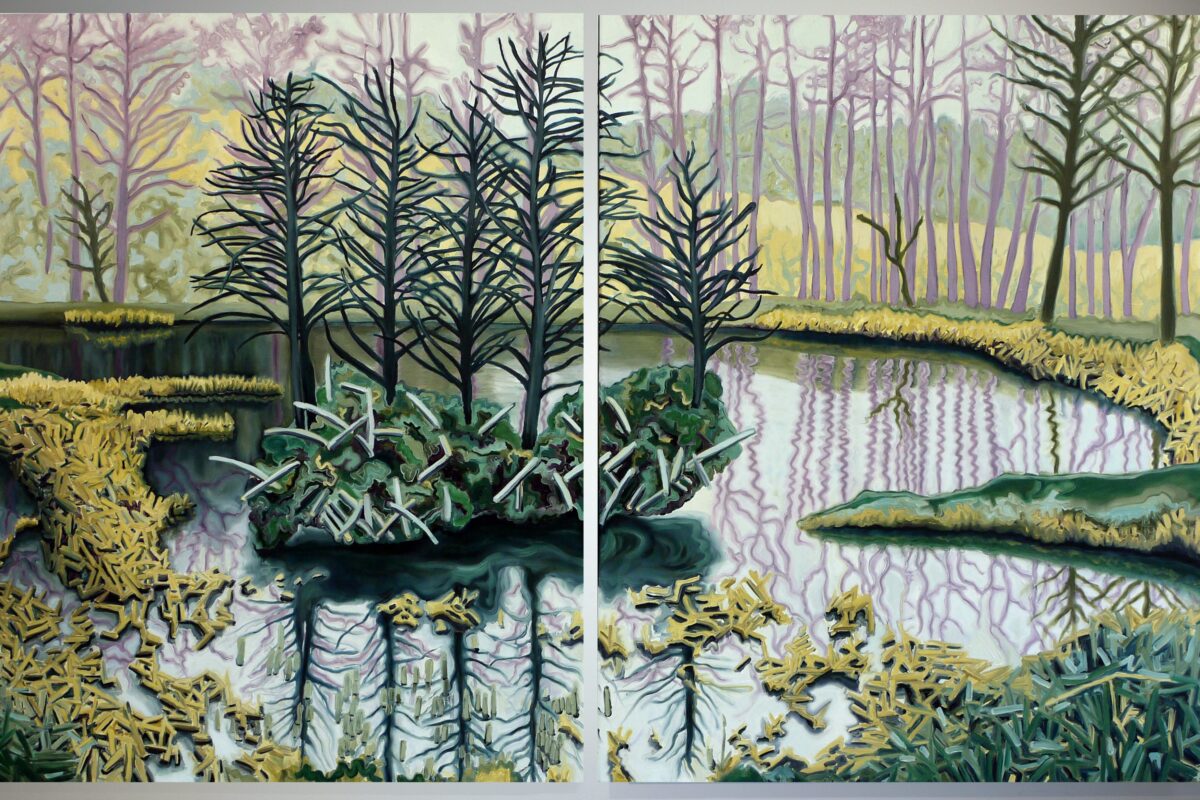