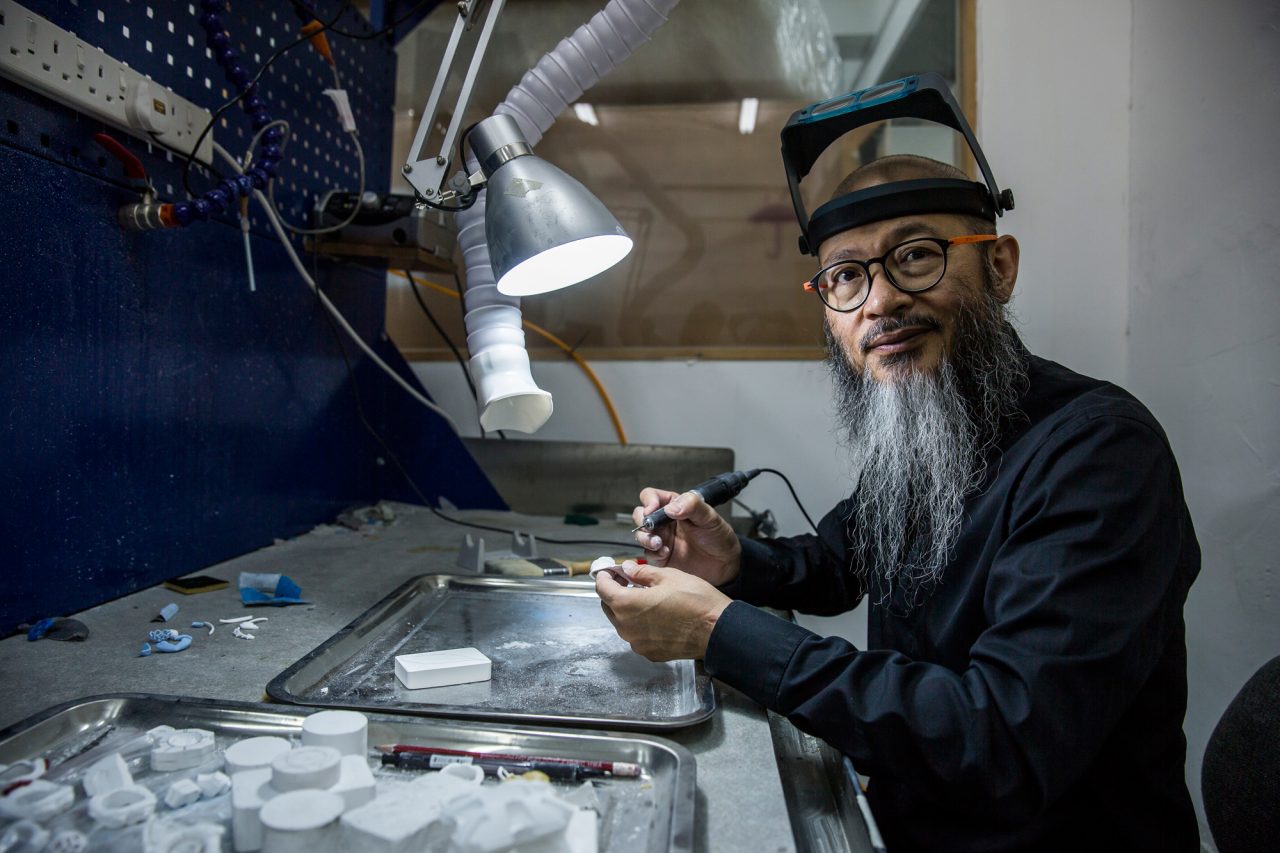 Tracing the development of his practice over the past 45 years, the exhibition featured never-before-seen works and demonstrated the jewellery artist and innovator’s ceaseless ambition to push boundaries through creative innovations. The exhibition also offered an unprecedented insight into Wallace Chan’s work as a sculptor, a medium in which he has been working since 1973.

Chan was born in Fuzhou in 1956, and moved to Hong Kong at the age of five. He left school when he was 13 to support his family, and became an apprentice sculptor three years later. By 1974 he had set up his own sculpting workshop, and moved on from working on Buddhist sculptures to creating jewellery pieces. In 1987 he devised a method of carving designs within a gemstone using cameos and intaglios to create a lifelike image reflected within the gem to create a three-dimensional effect.