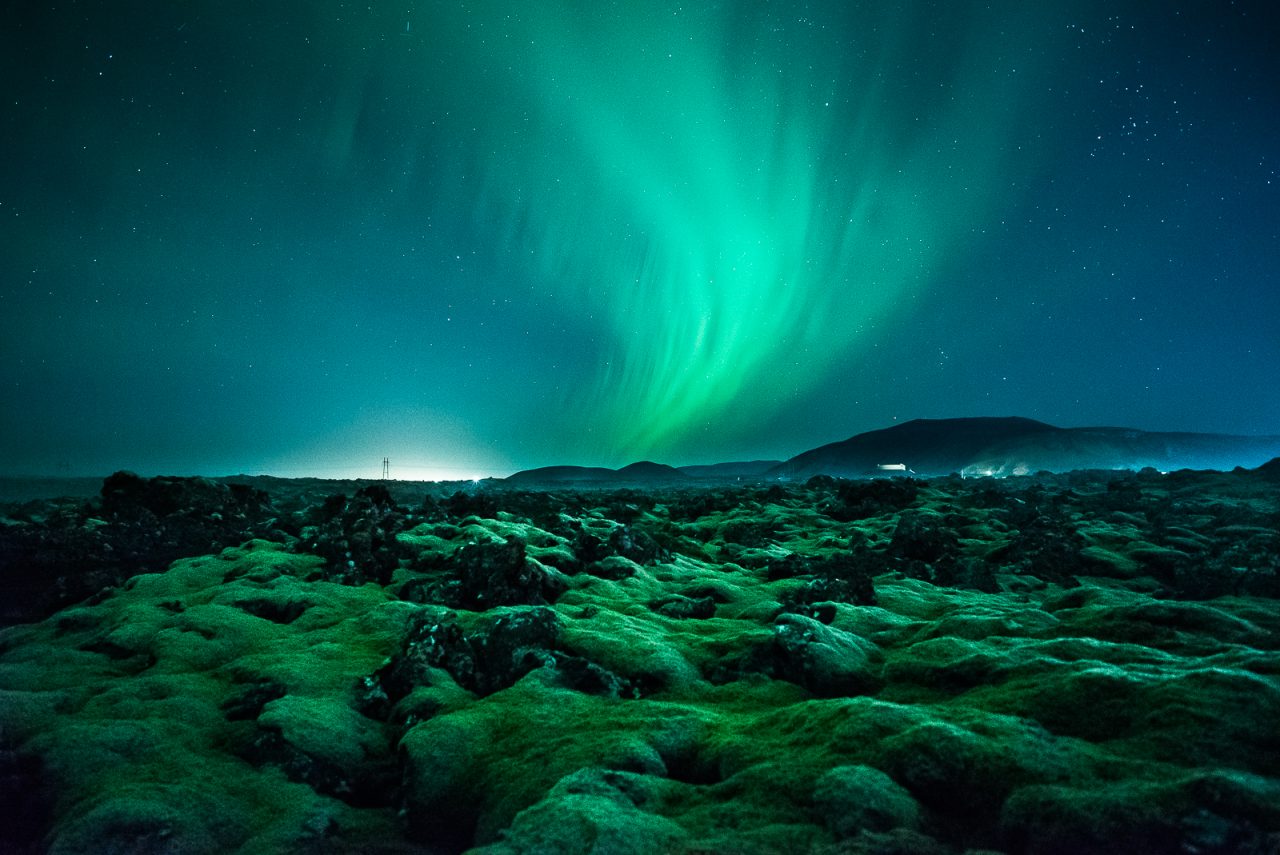 A rugged and green country filled with spectacular glaciers, waterfalls and volcanoes, Iceland consistently tops lists of the ‘World’s Happiest Countries’—in fact it’s exactly the sort of place you might choose to visit to seek refuge from the endless news cycle which is currently stressing us all out.

And Iceland will welcome you at any time—while the tourist season peaks in the summer, it still holds open an invitation in the winter months, attracting visitors eager to see the Aurora Borealis or experience maximum hygge, the trendy Scandinavian concept of the sort of cosy contentment one finds from being under a blanket inside when it’s cold outside.

Whenever you plan to visit, we’ve compiled all our top travel tips for this magical land of waterfalls, volcanoes and thermal pools. 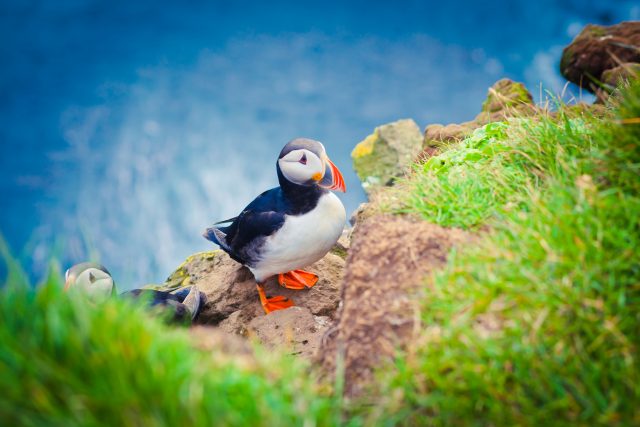 For a short break, Reykjavík, the colourful capital city with a distinct small-town feel is ideal. You can enjoy the striking architecture of the geometric Harpa concert hall and the dramatic and austere Hallgrimskirkja church. For a bite to eat, drop by Forrettabarrin, where you can dine of parade of creative small plates featuring dishes like locally sourced hot smoked salmon and plump blue mussels.

For such a small city, Reykjavík has a surprisingly rich art scene. Head to the i8 gallery, which regularly hosts exhibitions of major international and Icelandic artists. It’s also worth checking out Hafnarhus, the home of the Reykjavík Art Museum’s contemporary collections.

If you’re still around in the morning, have breakfast at Mokka-Kaffi, a quiet coffee shop famous for its homemade waffles. The space doubles as an art gallery with exhibitions rotating every few weeks, if you’re looking to enjoy more Icelandic art.

After a day taking in Reykjavík, it’s time to hit the road—or even the sky. 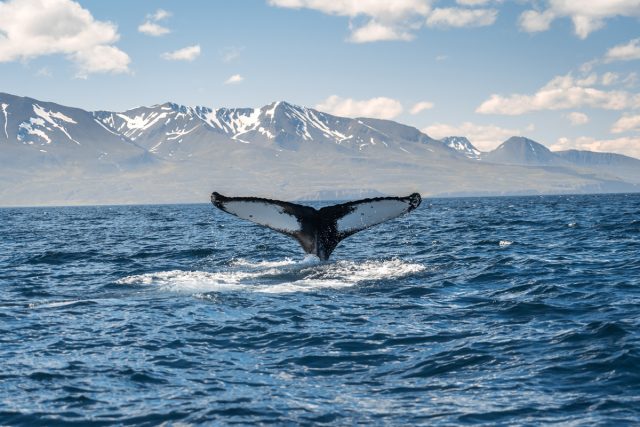 By air, land or sea

On a longer break we recommend getting into a single-engine plane to take in as much of the Icelandic landscape as possible. Leaving from Reykjavík Domestic Airport, you can see volcanic mountaintops, coastline, geysers and cyan thermal pools all within an hour.

If you venture by car, take a 4X4 on the famous Ring Road around the island and see almost all of Iceland’s top landmarks including Seljalandsfoss Waterfall, Skógafoss (another famous and spectacular waterfall) and Þingvellir National Park, which lies on the geographic divide between the North American and European plates.

For a different experience entirely, sign up for a Northern Lights tour by boat. Available from September through April, this leaves from Reykjavík’s Old Harbour and takes you through the open waters of Faxaflói Bay, where you quickly escape the lights of the city and can experience the dancing display of the Aurora Borealis in all its splendour. In the summer months, when darkness is harder to come by, sign up for a whale-watching tour instead.

For bird-watchers, ‘Puffin Central’ is the Látrabjarg cliffs, the most westerly point of Iceland; 14k long and over 400m high, they are home to colonies of puffins, guillemots, Northern gannets, auks and razorbills, best seen in summer—but be careful not to disturb the legendary local cliff troll. 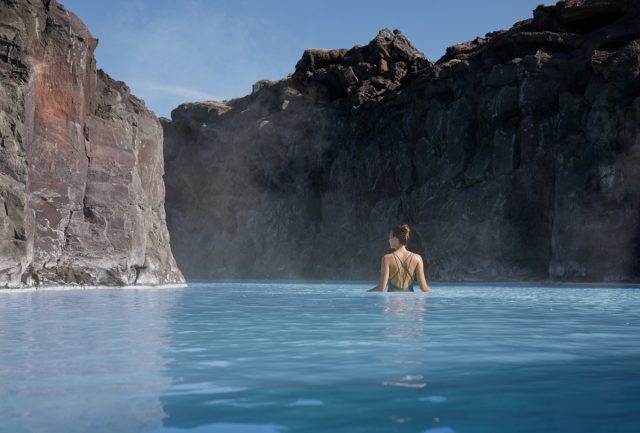 A trip to Iceland wouldn’t be complete without a visit to the hot springs and pools. Iceland sits on a geothermal hotspot, which means warm water bubbles up out of the ground everywhere. This has instilled a deep love of swimming and bathing in the culture—for centuries, Icelanders have enjoyed the warm mineral water in public baths, pools and springs. In fact, swimming pools are considered one of the main spaces to socialise in Icelandic society, something further compounded by the nationwide alcohol prohibition that lasted until 1989.

The Blue Lagoon, the most famous pool in Iceland, was named as one of the 25 wonders of the world by National Geographic and attracts an astonishing 700,000 people a year—twice the population of Iceland. Other hot spots include Mývatn Nature Baths, a stunning hot spring in the north of Iceland, and the Seljavallalaug Swimming Pool, one of the oldest swimming pools in the country that lies in a valley beneath the Eyjafjallajökull Glacier.

Icelanders themselves also enjoy more contemporary pools, so for a more local scene it’s worth checking out the Laugardalur Swimming Pool in Reykjavík, which attracts families and tourists alike to its large water-park-esque amenities. And of course, the beauty of all the geothermal energy heating Iceland’s many hot springs means that it’s enjoyable to visit them in the summer or winter.

At the moment, if you book a flight from Europe to North America with Icelandair, you have the option to add a stopover in Iceland at no extra airfare – find out more here. Just another incentive to visit one of the world’s coldest countries with the warmest welcome. 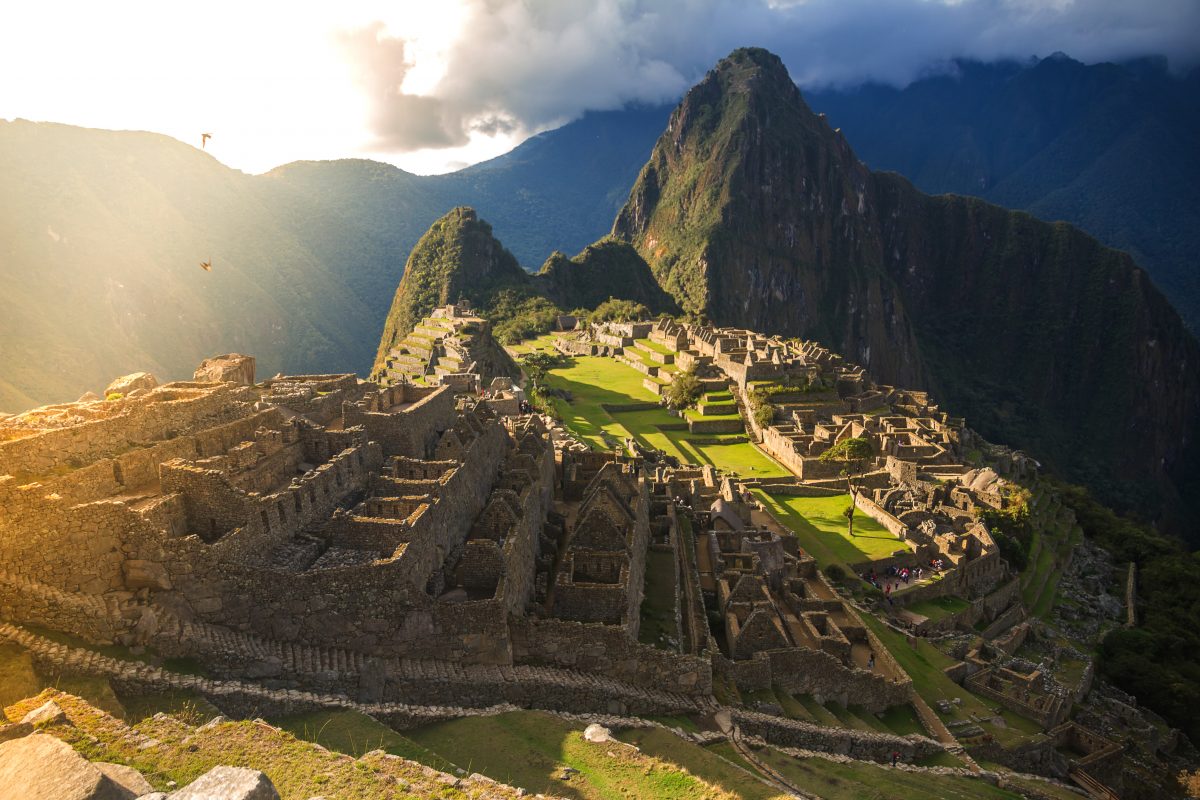