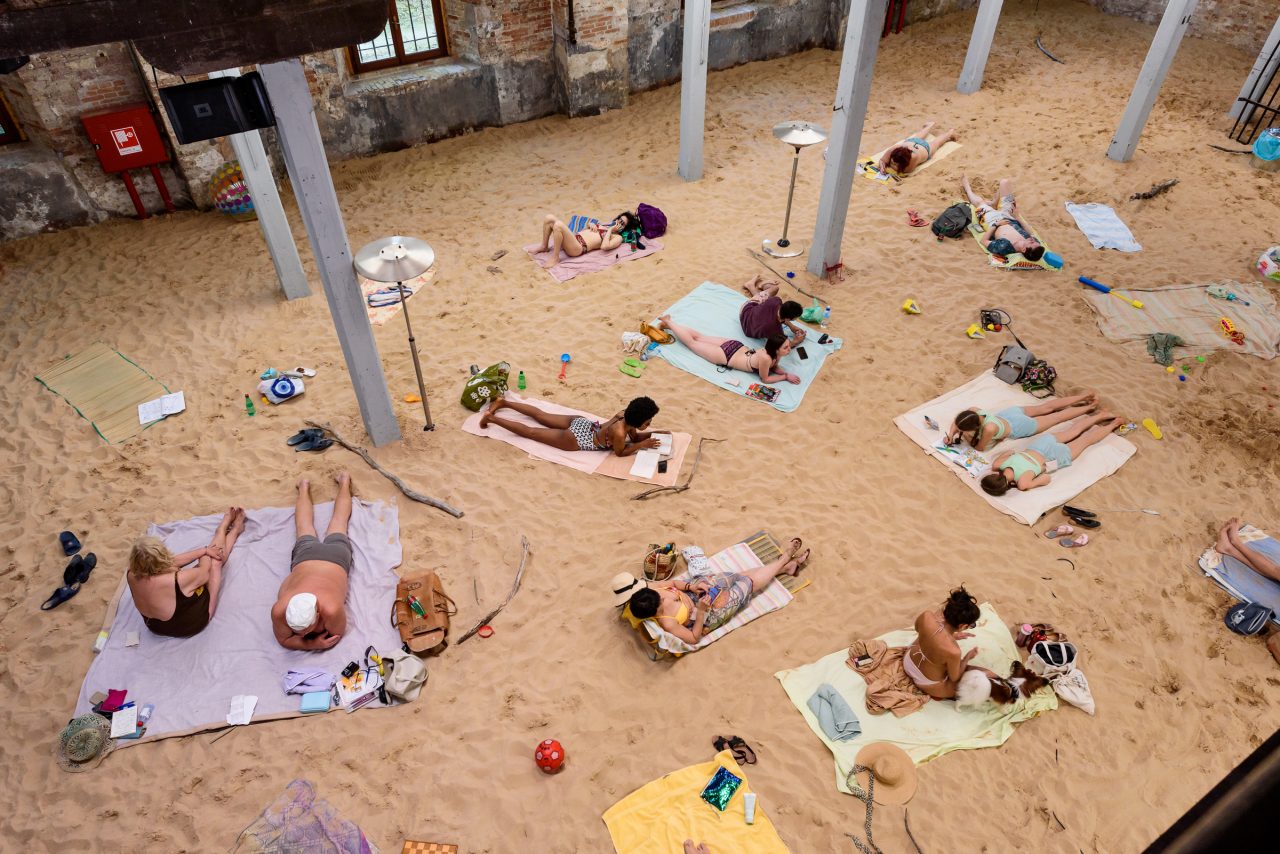 The Jury of the 58th International Art Exhibition of La Biennale di Venezia has announced that the Golden Lion Award has gone to Lithuania for Sun & Sea (Marina), a performance piece about global warming in which operatic singers lie on an artificial beach.

Lina Lapelyte, Vaiva Grainyte and Rugile Barzdziukaite created the piece, which debuted at Vilnius’s National Gallery of Arts in 2017 in Lithuanian and was adapted into English for the Biennale.

Other award winners include American artist Arthur Jafa as participant in the central international exhibition, May You Live in Interesting Times; Silver Lion for a promising young participant in the central show to 39-year-old Cyprus-born, Berlin-based artist Haris Epaminonda for her 30-minute video Chimera; Teresa Margolles for her affecting installations about the plight of women who experience violence in her native Mexico; and Nigerian artist Otobong Nkanga for, as the jury stated, her “exploration across media into the politics of land, body, and time.”

Belgium received a mention for its pavilion, which featured a surreal installation of motorized puppets cast as characters of patriarchal Europe by Jos de Gruyter and Harald Thys.

The jury said it awarded the Golden Lion for Best National Participation to Lithuania for “the experimental spirit of the Pavilion and its unexpected treatment of national representation. The jury was impressed with the inventive use of the venue to present a Brechtian opera as well as the Pavilion’s engagement with the city of Venice and its inhabitants. Sun & Sea (Marina) is a critique of leisure and of our times as sung by a cast of performers and volunteers portraying everyday people.”

Arthur Jafa’s film The White Album uses appropriated and original footage to reflect upon the issue of race, while Haris Epaminonda’s “carefully constructed constellations of images, objects, text, forms, and colours” show us that “the personal and the historical can be compressed into a powerful yet loose web of multiple meanings”.

Previously announced was the award of the Golden Lion for Lifetime Achievement to American-born, Berlin-based artist Jimmie Durham. Controversially, though Durham is not recognised as a member of the Cherokee tribe, he self-identifies as a Cherokee, and much of his artistic practice deals with issues of colonialism and Native American identity.