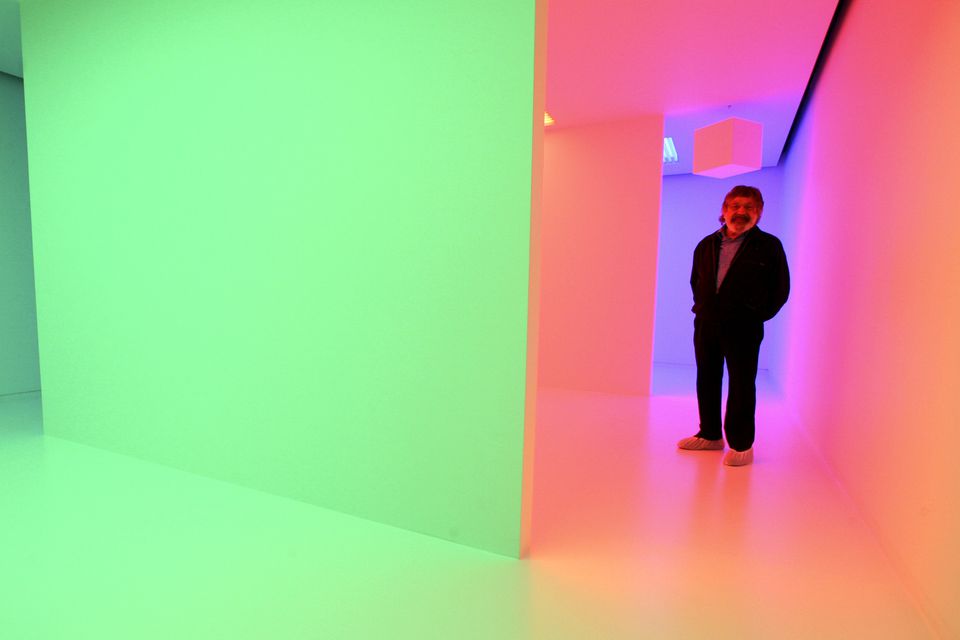 Venezuelan artist Carlos Cruz-Diez, one of the pioneers of kinetic and optical art, has died in Paris aged 95.

His abstract, often geometric works are on display in many of the world’s leading museums. He used colour and lines to create dizzying displays which would change depending on the visitor’s viewpoint, and said his art “constantly changes because light constantly changes”.

Carlos Cruz-Diez was born and studied in Caracas, but spent much of his career in Paris. His works can be seen in the Tate Modern in London and the Museum of Modern Art in New York, but he also created murals in public spaces including the Simón Bolívar airport in Caracas, the Broad Museum in Los Angeles and in Liverpool, where he repainted a former pilot ship in a colourful variation of the “dazzle” camouflage used in WWI.

His work varied in scale from the small 1967 painting Physichromie Nº 321-A measuring 95in by 24in (2.4m by 0.6m) to Chromosaturation, a work exhibited in the Hayward Gallery in London in 2013, which was spread over several rooms. In 1997, the Carlos Cruz-Diez Print and Design Museum in Caracas, Venezuela, opened to the public.

Because of his attention to light and colour aesthetics he is regarded as having belonged to the lineage of colourists including Seurat, Cézanne, Albers, and Frank Stella.

Image shows Carlos Cruz-Diez posed inside his Chromosaturation environment at a press preview in New York in 2008. (MARY ALTAFFER/ASSOCIATED PRESS)