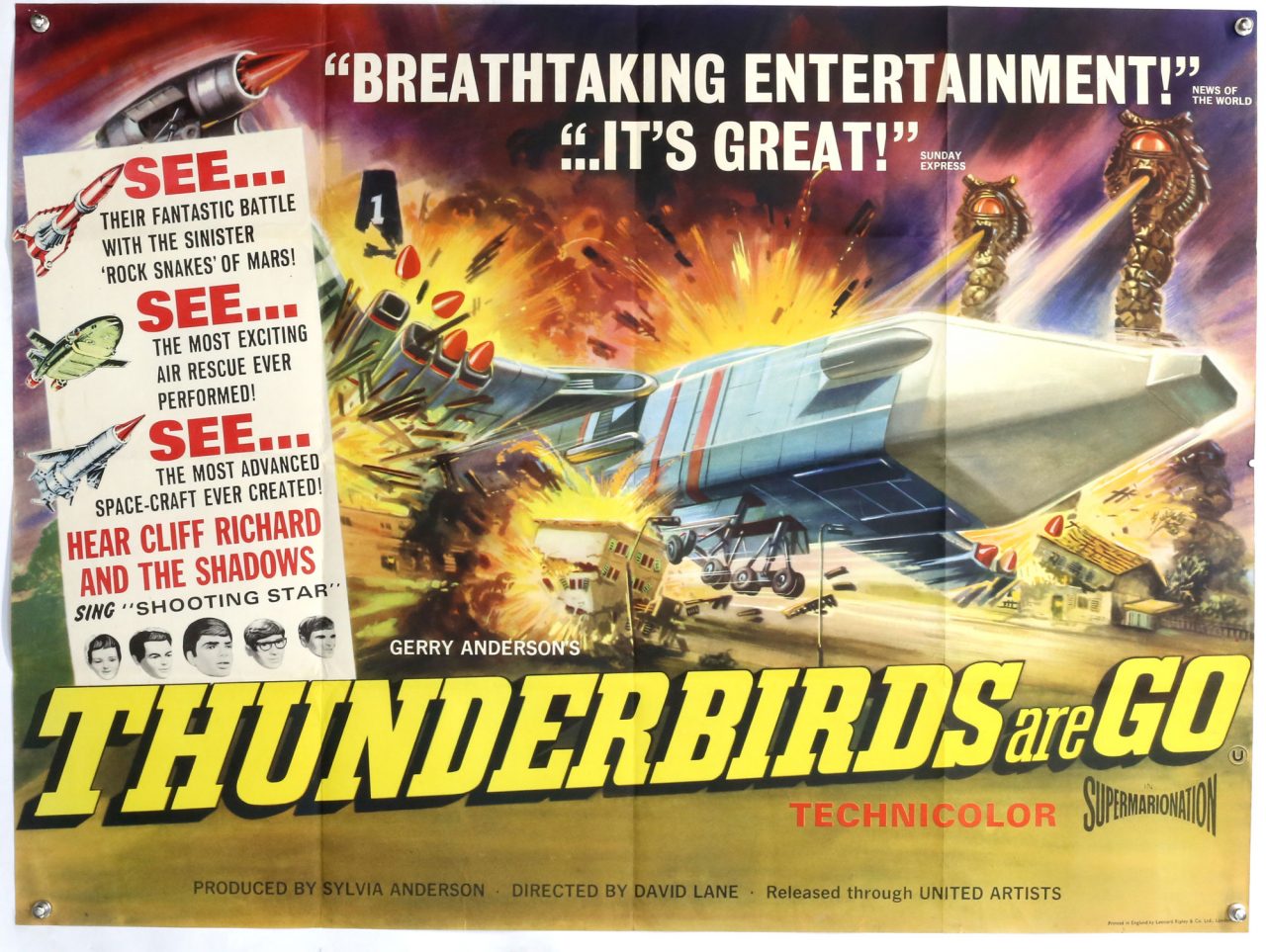 A huge hidden archive of models, props, scenery and scripts linked to Thunderbirds creator Gerry Anderson has come to light after more than 30 years, and will be auctioned by Ewbank’s in November.

Cleared from Bray Studios after Anderson’s production company wrapped up its final series of Terrahawks in the mid 1980s, the archive became the property of Julian Bell, a driver and handyman at the studios who was gifted it by one of the senior directors acting under Anderson’s authority because they had no storage facilities for it and wanted it cleared out.

Production puppets, models of aircraft and other machinery, sets, Gerry Anderson’s personally annotated scripts and even storyboards for a series of Thunderbirds that was never filmed are included in the consignment, which will go under the hammer in a dedicated auction expected to raise hundreds of thousands of pounds this November 30th at Ewbank’s Auctions in Surrey.

Much of the consignment is linked to the 1980s Terrahawks series, but Captain Scarlet, Thunderbirds and other hit programmes from the Anderson stable are represented in the auction, which will present one of the greatest collections of material from the master of Supermarionation ever put up for sale at one time.

David Sisson has spent the last 35 years building replica models and restoring original studio props from the shows, as well as writing books and articles on the Anderson phenomenon and appearing on TV as an expert fan. He speaks for the huge fanbase, saying: “It’s unique. There’ll be a lot of interest. Terrahawks has a growing appreciation from the younger generation of Anderson fans. When I do my public displays, a lot of these people recognise Terrahawks even when they don’t recognise Thunderbirds.”

There have been rumours among the fanbase for years that the Terrahawks production pieces survived, but no one really knew what had happened to them. Bell, who died in 2019, had attended a recent convention and hinted that he had a lot of it, but the trail went cold.

Setting the discovery in context is important to understanding its impact.

The way that Gerry Anderson and his teams made the programmes means that a great deal of the props, models and sets from series like Thunderbirds, Stingray and Fireball XL5 never survived.

“For fans it’s always been the saddest aspect of the Anderson programmes that Gerry never kept anything,” explains David. “As an independent film maker, Anderson would spend money on renting space for productions, so every day he rented it cost him money. Because he worked with puppets and did the voices later, he didn’t need a sound stage, so he rented warehouses, but the ceaseless weekly production of new puppets, models, and sets meant that this available space filled up rapidly and disposing of items that could not be reused, or repurposed, became a constant problem.

“Gerry was always ready to move on to the next project and so needed the sets cleared, so he used to give everything away or have it thrown out.”

As a result, special effects people and others who worked on the programmes got to take items home, some of which have been sold over the years, which is how Julian Bell came to acquire the Terrahawks and other material.

Stay On This Channel

It is an irony that despite the huge demand for puppets, models and other memorabilia from the Anderson programmes today, the man himself never seemed to care about them.

“The one thing he did keep for many years was a Parker puppet from the original Thunderbirds series,” says David.

The fact that Julian Bell preserved so much of the original production material for so long without trying to sell it means that there has been little chance so far to test the market for Terrahawks, he adds. Appropriately, Terrahawks is set in the year 2020.

“It’s like travelling back in time. I expect the hero craft to be the big sellers. The Battlehawk is the prize piece, along with Hawkwing and Treehawk, but this is really completely untested ground. What makes this auction so special is that there will never be another chance to see everything together in one place. Once it’s sold it will be spread around the world and never be together again. You really can’t overstate how special this is going to be.”

Ewbank’s expect to attract bidders from all over the world.

“The fan clubs have been running for 40 years or more in places like Britain and Japan,” says Ewbank’s specialist Alastair McCrea. “This is the biggest news to break for some time and the buzz around the auction is already growing.”

Initial highlights announced from the consignment include:

“This is just the start,” says Alastair McCrea. “Having cleared the studios on the instructions of Gerry Anderson and the Supervising Art Director Bob Bell (no relation), Julian Bell carefully stored this huge cache of material for more than 30 years.

“Bearing in mind that much of the Anderson production material was destroyed or ended up in skips to make way for the next project, this is close to being a miraculous survival. It’s been the talk of legend among fans across the decades, but no one really knew what happened and whether anything was rescued. This auction finally solves the mystery.”

Live online bidding is available via the Ewbank’s website.
All images courtesy of Ewbank’s Auctions.
www.ewbankauctions.co.uk