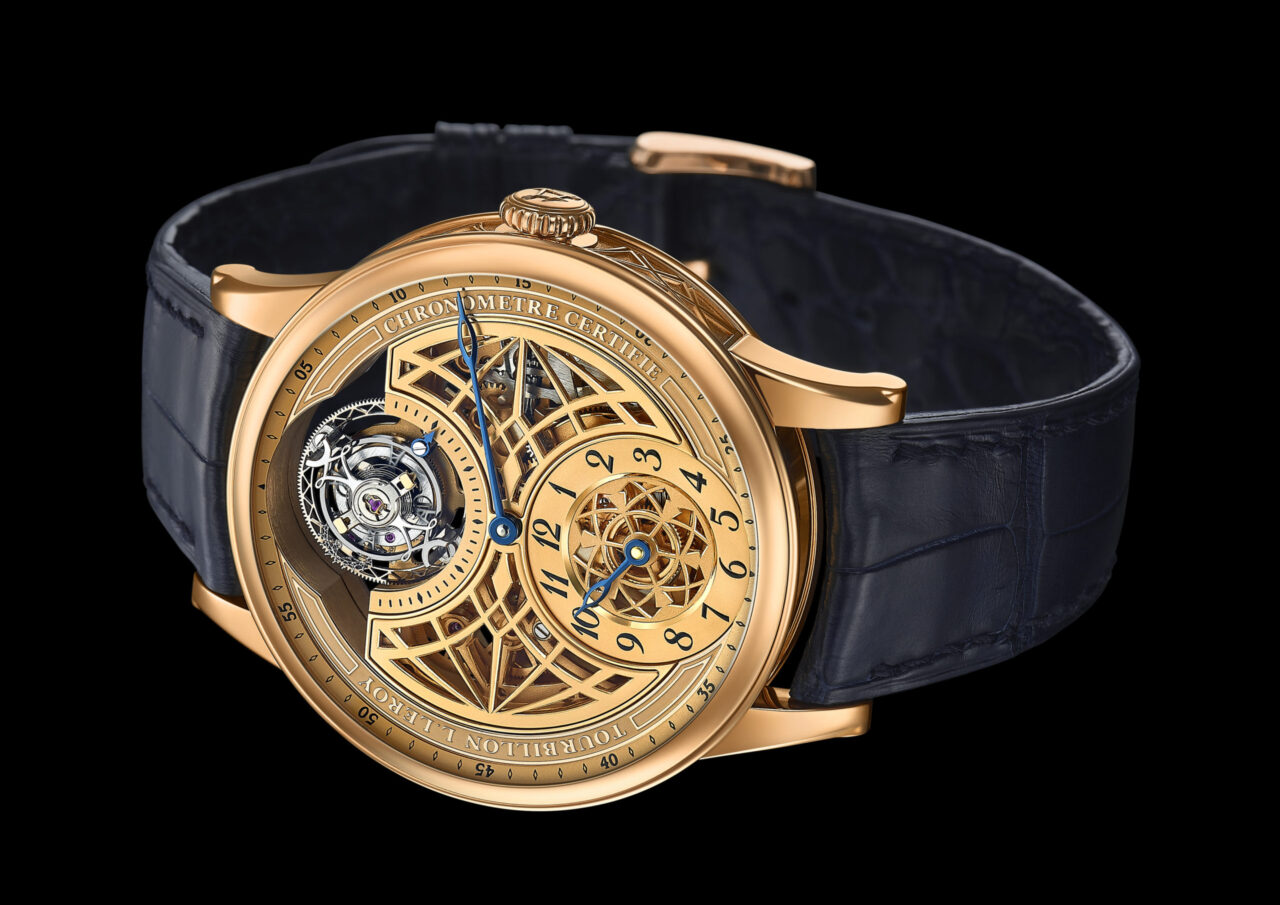 L.Leroy, founded in Paris in 1785 under Charles Leroy, is one of the most illustrious names that have written some of the finest chapters in the history of French watchmaking and chronometry, developing a wealth of technical and inventive treasures for over two centuries.

This human, artistic and industrial adventure is marked by illustrious names including Marie Antoinette, Proust, Matisse, Napoleon, Queen Victoria, Roosevelt, Chopin, Nobel, Bugatti, the aviation pioneers Charles Lindbergh and Santos-Dumont, to mention but a few owners of a watch signed by L.Leroy.

As Official Watchmaker to the French Navy, L.Leroy left an indelible imprint on the history of precision and the excellence of its production is confirmed by the 384 gold medals won in chronometry competitions, a total that remains an absolute record to date.

In 1900, L.Leroy won the first prize at the “Exposition Universelle” in Paris with the ‘Leroy 01’, a true horological masterpiece with no fewer than 25 complications, that retained the title of the world’s most complicated watch until 1989.

And the story goes on into the 21st century with many other extraordinary timepieces. Today the Company is based in Switzerland, in Les Reussilles in the Jura Valley, and continues to produce exceptional works of art that maintain a close link with its prestigious French heritage, both in terms of innovative technique and refined style.

The unique piece “Tourbillon Régulateur Squelette Art Déco”, is a clear example of a time instrument that embodies the brand’s DNA. For this creation L.Leroy combines the cutting-edge technology of its fascinating tourbillon complication with the traditional art of the “squelettage” (skeletonization), two savoir-faire in which it excels.

The “Tourbillon Régulateur Squelette Art Déco” boasts a skilfully handmade open-worked decoration, which recalls the original Art Deco style whose graphic lines refer to the artistic movement of the beginning of the last century. Once again, L.Leroy demonstrates his great mastery in fine watchmaking, the result of over 230 years of history. The 41mm case, crafted in 18K rose gold, is embellished on the case middle by a superposition of engraved triangles. Accuracy rhythms the dial with a series of symmetrical, repetitive, finely executed openings that invade the space creating a mirror effect between the tourbillon cage at 12 o’clock and the main time display positioned at 6 o’clock while the minutes are indicated by a long blued central hand.  This way of arranging the main time reading is known as a “regulator” watch.

The term “regulator” comes from the master clock used by watchmaking workshops to perform the final adjustments of the watches before delivering them to clients. To simplify the comparison of the indications between the watch and the parent clock, this latter generally displayed hours, minutes and seconds separately. Historical supplier for most national observatories worldwide from the end of the 19th century, L.Leroy produced a large number of these time-measuring machines intended for various scientific and industrial uses. Recognized as the pioneer of modern chronometry, the regulator combined with the tourbillon complication, couldn’t miss in the contemporary L.Leroy collection.

The skeleton pattern gives enthusiasts and collectors alike the chance to dive into the very heart of the watch and appreciate this complicated, finely polished, bevelled and decorated movement. The same level of finishing is visible also on the case back which displays a precious open-worked oscillating weight bearing the interlaced initials of the logo (LL).

Such a beautiful work of art is powered by a self-winding flying tourbillon regulator movement which is highlighted by its entirely hand-cut pattern.  Each component of the calibre is patiently hand carved with a small hand saw, filed and chamfered. Very few artists still hold the secret of this art and they can be counted on the fingers of one hand. Just for manual cutting of the parts, without assembly and adjustments, each movement requires almost two months of work. Together with the manufacture of the movement and the “habillage”, this timepiece took about six months of work.

This unique piece is part of the Osmior collection (this name derives from an ancient metal alloy composed mainly of gold with a colour similar to platinum, used by the Maison for the cases of its Grand Complications pieces) and is completed by a hand-stitched genuine alligator strap with a 4n rose gold buckle, customised with the L.Leroy logo.