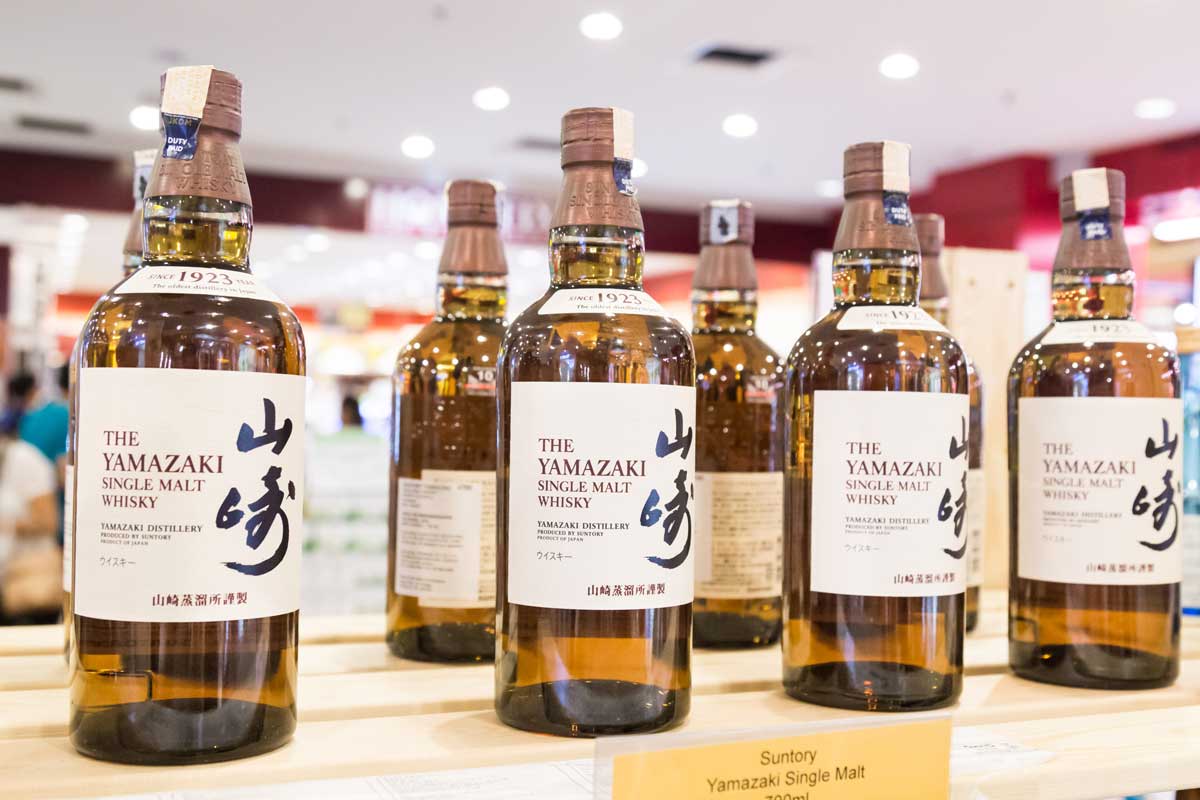 The Tradition and Reinvention of Japanese Whisky. Image courtesy Shutterstock.

Spirit connoisseurs have become enamoured with Japanese whisky in recent years. Merging traditional methodologies with native flavours, these varieties have taken on a personality of their own.

It was once widely accepted that no whisky could measure up to the Scotch variety—after all, Scotland was the birthplace of the amber spirit. Nowadays, however, skilled Japanese producers are quashing such notions. Traditionally, Japan was known for its sublime sake and shōchū. Now, it is being heralded by spirit connoisseurs as one of the leading whisky manufacturers in the world. But how did the country attain such standing and how will it cope with the ever-increasing demand for its renowned products?

Back to the beginning

Enjoyment of whisky has become a solid fixture in Japan. The history behind the spirit’s success stretches back a whole century—its two pioneers were Shinjiro Torii and Masataka Taketsuru. Torii was the founder of renowned distillery Kotobukiya—later to become Suntory—the first company to sell Japanese whisky on a mass scale. Taketsuru was hired as Torii’s distillery executive; he journeyed to Scotland in 1918 to learn how to make authentic Scotch whisky, bringing his newfound knowledge back to Japan. In 1934, Taketsuru left to form his own company, which would later be known as Nikka. Today, Suntory and Nikka control the lion’s share of the Japanese whisky market.

Decades elapsed before Japanese whisky began to gain worldwide popularity. Before 2000, the market was almost purely domestic. This all changed in 2001 when Nikka’s 10-year Yoichi single malt won ‘Best of the Best’ at Whisky Magazine’s awards. Just a few years later, Bill Murray starred in the blockbuster Lost in Translation (2003). The film involved a scene in which Murray’s character (Bob Harris) filmed a Suntory whisky commercial. This catapulted the relatively obscure spirit into popular culture, sparking demand for it in the U.S. and elsewhere.

A taste of Japan

Japanese whisky producers are revered for their dedication to craftsmanship, where close precision is applied to every single step in the production process. Distilleries go to great lengths to facilitate the perfect environment for crafting their products. River water, which is used for whisky-making, is kept crystal-clear for this specific purpose. Meanwhile, local distilleries harness moist Japanese climates to extend the age of their whiskies. Producers also opt for native woods like mizunara (Japanese oak) to form their ageing barrels. This imparts a delightfully mellow flavour and a distinctly aromatic bouquet into the spirit.

Japanese whisky puts a huge emphasis on blending and combining spirits between barrels to make complex hybrids that are full of character and body. Generally, Japanese whisky covers a wide range of notes. Different yeasts and stills help to shape the flavour of the specific variety, as does the choice of cask: from bourbon and sherry casks to re-charred casks.

Highballs have been all the rage in Japan ever since Suntory aired a campaign some years ago promoting their consumption. The drink simply consists of whisky with sparkling water and ice. But don’t let this seemingly pedestrian concoction fool you—the highball is considered an art form in Japan. Japanese bar culture encapsulates a distinctive sense of rigour; in the case of the highball, each element is considered carefully. The artful garnish, the sourcing of the water, the presentation of the glass; even the shape and clarity of the ice is taken into account—in upmarket establishments, the ice may even be hand-carved.

The relentless demand for Japanese whisky has  led to  a drought—much to the dismay of whisky lovers. Distilleries like Suntory have had to halt production on some of their most luxurious lines; the Hibiki 17 and the Hakushu 12 were discontinued earlier this year. ‘Seventeen years ago, people weren’t drinking that much Japanese whisky, so Suntory and (rival distillery) Nikka weren’t making much,’ said Brian Ashcraft, co-author of Japanese Whisky: the Ultimate Guide to the World’s Most Desirable Spirit (2018). ‘Unfortunately, increased demand with a scant supply will result in shortages,’ he added.

There is a silver lining to this seemingly stark situation, though. Japanese manufacturers have reacted to the shortage by creating younger, more experimental whisky blends. Individuals in possession of Japanese whisky with age statements can also rejoice in the knowledge that they are likely to increase in value in the coming years. Bottles from discontinued lines are now especially desirable to prospective investors and collectors.