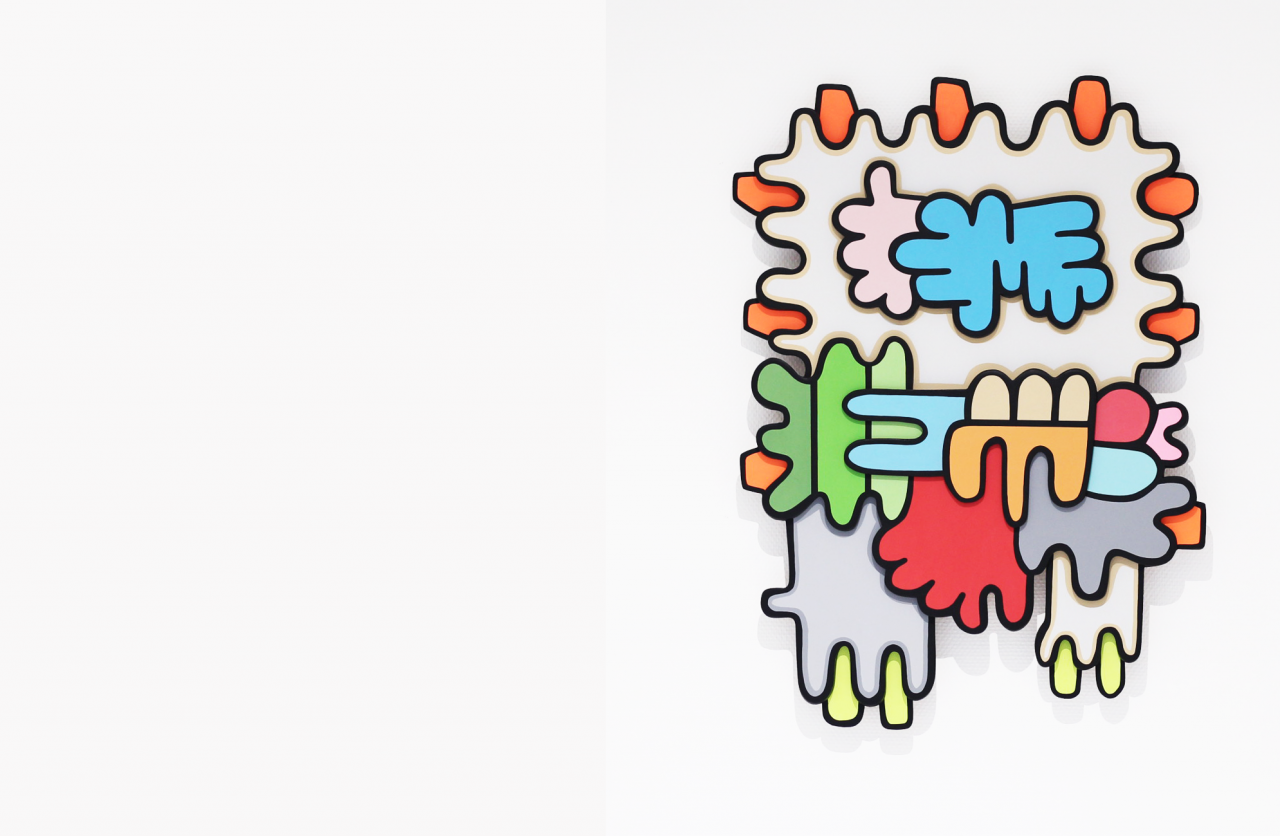 After the successful opening of its first physical space in Leuven, Belgium, in October 2021, The Nomadic Art Gallery pursues its exploration of the New Zealand contemporary art scene with its second on-site exhibition titled Nipple Twist.

From 3rd December 2021 until 14th January 2022, the group presentation places once again NZ artists in dialogue with their European peers, as Oliver Cain (b. 1996, United Kingdom) and Chloe Marsters (b. 1989, Auckland) alongside Merijn Verhelst (b. 1991, Leuven), Amat Gueye (b. 1995, Paris), and Layla Saâd (b. 1997, Liège) investigate the semantic and conceptual connotations behind this controversial body part.

Nipple Twist can be thought of as a two-part exhibition, where notions of gender and sexuality assume a sense of escapism as they meet in the many forms and meanings behind the nipple. Expanding across the gallery’s four distinct spaces, the five artists playfully embrace and revisit the silenced body feature’s manifold connotations, both materially and in the shared imaginary, bringing into question cultural customs and societal conventions.

Turning to the material, literal, understanding of the nipple, Oliver Cain, an English-New Zealand artist based in Auckland, sets the tone for the rest of the exhibition. The physicality of his subverted ceramic sculptures reflects that of the subject at hand, as he boldly appropriates and transforms its form. Cast in a plurality of shapes and sizes, the strangely frivolous nipples pop out of the seeming confines of their rectangular frames. Pointing to Cain’s curious post-pop art touch, the bright, contrasting colors of the 24 ceramic nipple-wooden framed sculptures place the nipple on the center stage as a newly found irreverence comes to replace the initial sense of eroticism.

Auckland-based artist Chloe Marsters’s intricate drawings and prints push Cain’s questioning further. Absorbing viewers in the organic, sensual embrace of her female figures, Marsters sets forth a soft yet seductive nudity, one impressed in the flowing natural elements, stalks and beetles alike, that constitute and cover their skins. Surrounded by spikes and leaves, the works acquire an added, yet untouchable materiality – subtly suggestive, at once brazenly tempting and entirely fetishized.

Set in the lower floor under an evocative red light, Liège-based artist Layla Saâd’s sensuous photographs thrust the fetish onto the sanctified. Controversy transpires through her work, both in her choice of subjects, nameless women met at the margins of society, and in her partial representation of their bodies. Helplessly lured by these forms, viewers are forced to confront their own, senseless projections: those of a society that dictates a repudiation of the body, only to give it an all-the-more powerful appeal. In sum, by plainly representing it, Cain, Marsters, and Saâd jointly twist the meaning of the nipple, laying it bare as a shifting social construct.

Offering a conceptual reading of the term, Leuven- and Brussels-based artists Merijn Verhelst and Amat Gueye move from the representation to the interpretation of the culturally rooted term: their works are the nipple twist. Genital and scatological jokes fill Verhelst’s sculptural paintings, evoking an initial feeling of pointlessness. As the wooden works’ multiple layers gradually appear, as patches of black paint leak from the seemingly joyous colors, entry points into the artist’s singular world, nods to a childhood reality and secret imaginary, emerge, visually twisting viewers’ initial response.

In a similar vein, Gueye oscillates between methodology and happenstance. His deliberate choice of material and random subject matter comes to embody the volatile nature of contemporary culture. No distinct images stick on his wooden canvases. Instead, blurred forms mysteriously suggest the remnants of a shared, almost lost, visual language – barely perceptible hints to shared pop symbols, cartoons, and childhood memories. Faced by a hazed meaning, viewers latch on to these references, left to wander the border between the imagined and the real.

By giving voice to its endless physical, cultural, historical, and personal meanings, the exhibition strips the nipple from all and any set definition, thereby unsettling viewers into their very own nipple twist. Calling out the volatility of these meanings, the artists commonly engage against the stream of conservatism and censorship, hailing instead a newly found sense of semantic, and universal, freedom.

When reflecting on their one-year in situ immersion into the underrepresented NZ art scene investing a repurposed truck as a mobile gallery, the pair say: “By engaging with this subject matter, the artists lead viewers into a form of visual and semantic introspection which ultimately liberates them from these constructs. In doing so, regardless of their background, whether from Europe or from New Zealand, they aptly point to obsolete sociocultural norms, tinged with conservatism and censorship, which they deconstruct together.”

Winners of The 5th International Wedding Photographer of the Year Revealed