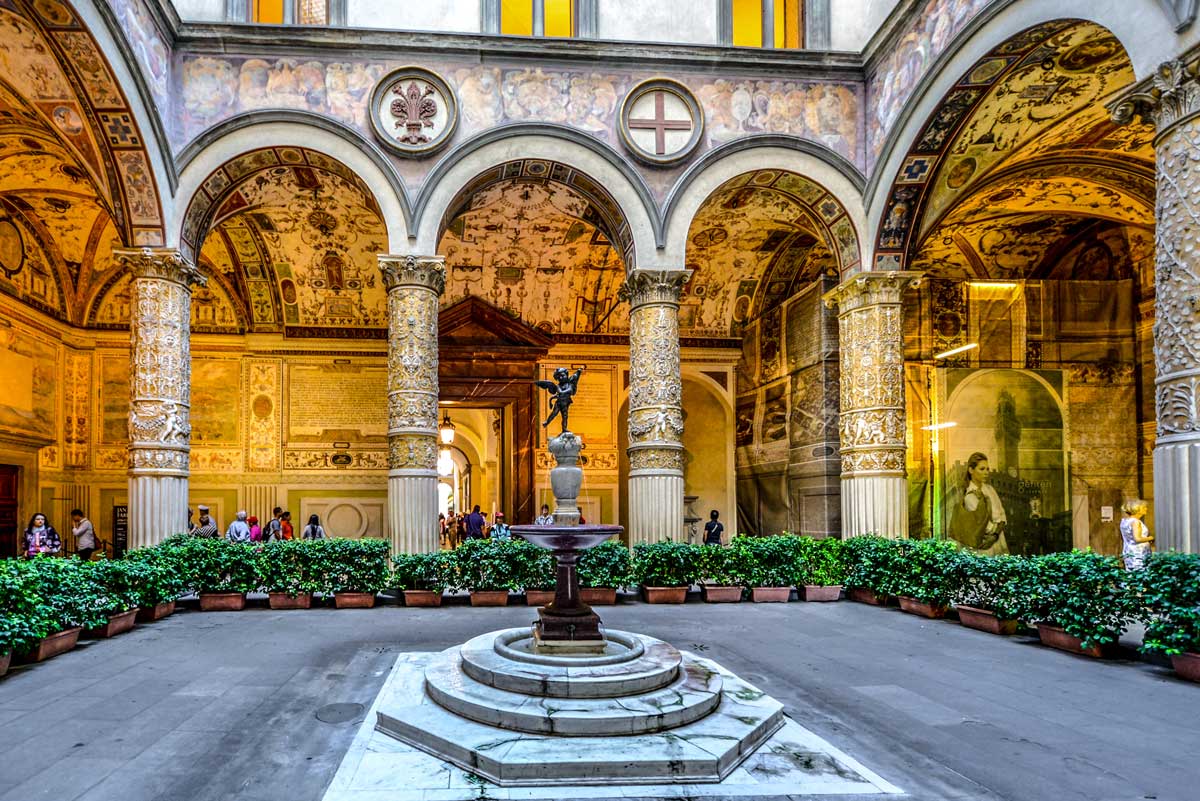 Through innovative, clean and intricate craftsmanship, Michelozzo carved himself a legacy—one that has reverberated throughout the streets of Italy ever since.

Michelozzo di Bartolomeo (1396-1472) was an Italian architect and sculptor. His vast contribution to the early Renaissance movement solidified him as one of the most prolific architects of all time. His ingenuity helped pave the way for the development of the central palazzo configuration that defines the visage of Italy—even to this day.

Michelozzo was born in Florence the son of a tailor. Very little is known about the architect’s childhood apart from the fact that he was bred into a relatively wealthy family. From a young age, he became very skilled at casting bronze, an expertise that would lead to two outstanding partnerships during his career.

The first occurred in the early 1420s with accomplished goldsmith and sculptor, Lorenzo Ghiberti. One of Michelozzo’s most prominent projects with Ghiberti was the North Doors (1403-1424) of the Baptistery, which depict stories told in the New Testament.

The second of his partnerships was with Donato di Niccolò di Betto Bardi, better known as Donatello. Under his tutelage, Michelozzo assisted in the building of the sacristy of the Santa Trínita in Florence, displaying innovative architecture that fuses late-Gothic and antique styles. While working with Donatello, Michelozzo executed a number of funerary monuments, with Antipope John XXIII’s tomb being one of the most noteworthy.

Michelozzo’s style owes much to Filippo Brunelleschi; the two shared a propensity for classical motifs and the use of contrasting materials. Michelozzo’s structures, however, differed in the sense that they often retained certain Gothic elements. He was bold in his decision-making, a trait that was exemplified by his use of fluted, freestanding columns—a technique Brunelleschi only used on pilasters.

Throughout his career, Michelozzo was closely associated with his principal patron, Cosimo de’ Medici, founder of the esteemed Medici dynasty. He was the Medici’s architect for almost 40 years. In fact, in 1445, Michelozzo was commissioned as the key designer for the Palazzo Medici.

This spectacular monument is commonly referred to as the first Renaissance palace, marking the birth of an archetypal style. Numerous innovations were added to the façade by Michelozzo, including the use of bugnato degradante—a technique that employs unevenly cut stones which grow lighter as they ascend to the building’s upper stories.

Despite the enormity of his influence on the early Renaissance, Michelozzo still remains relatively unknown when compared to the period’s greats. In spite of this, his dazzling designs and pioneering ideas have made a lasting impact on classic Italian architecture. His elegant formulations remain at the core of the widespread architectural language of 15th-century Florence, which has subsequently permeated into modern-day design.