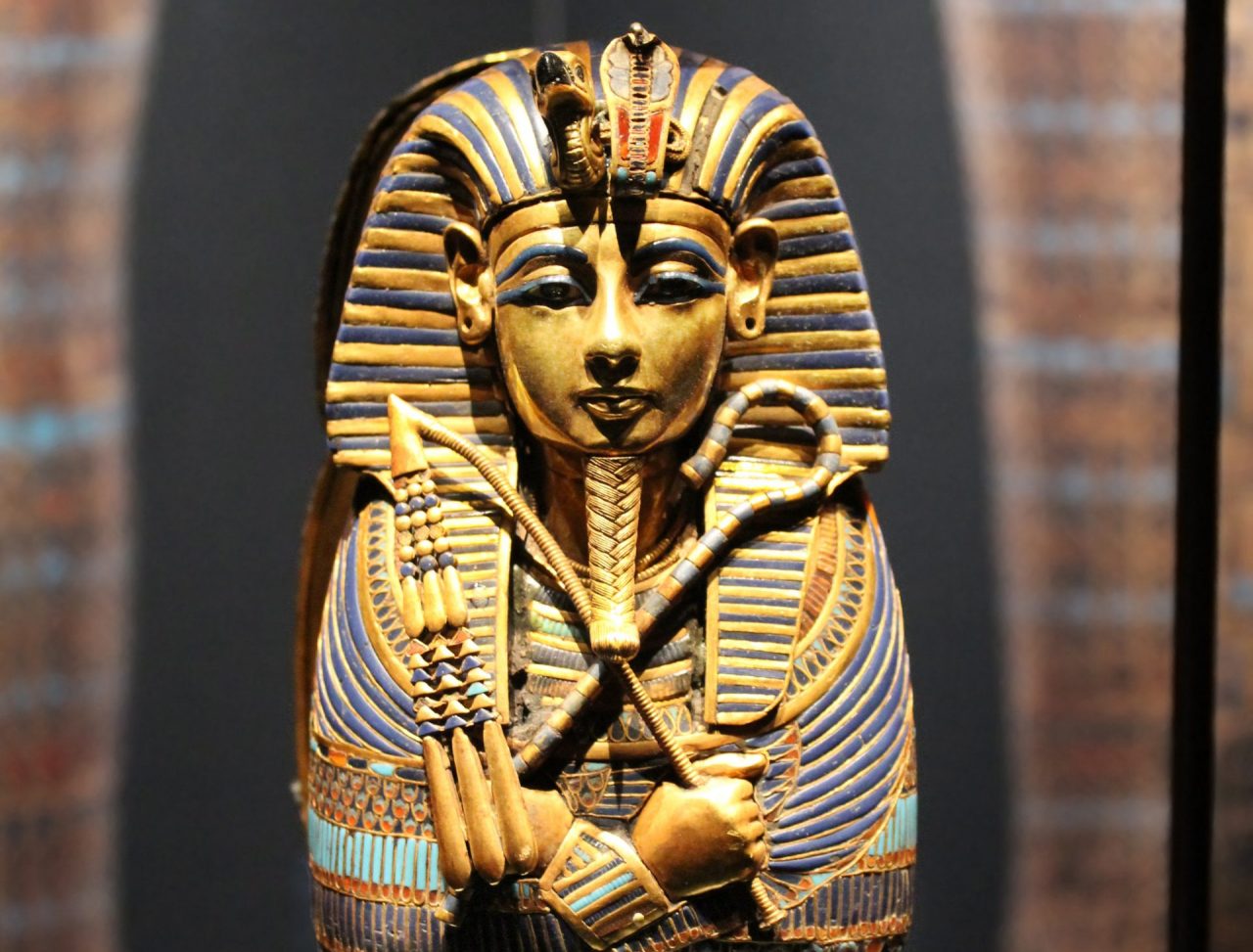 Treasures of the Golden Pharaoh may be the last chance to see Tutankhamen’s cultural hoard in the UK. Arts & Collections visited the Saatchi Gallery exhibition to see what may become the most popular exhibition of the decade

Almost a century ago in November of 1922, during his last funded dig in the Valley of the Kings, British archaeologist Howard Carter and his sponsor Lord Carnarvon broke into a tomb.

Six fruitless years of searching had not seen Carter succeed in the search for Tutankhamun.

Artefacts bearing the noble name of Tut had turned up in the Valley of the Kings on the west side of the Nile, yet the tomb itself was nowhere to be found until Carter and his workman discovered a narrow step which led to the underground world of the lost Egyptian Pharaoh, Tutankhamun.

The resting place of the great pharaoh of the 18th dynasty, who came to power at the age of around nine or 10, was adorned with glorious artefacts designed to guide him on his journey through the afterlife, considered by the ancient Egyptians to be even more important than life itself.

Now more than 150 of these treasures are on show at London’s Saatchi Gallery in Tutankhamun: Treasures of the Golden Pharaoh. After a world tour they will return to Egypt to be housed in the new Grand Egyptian Museum in Cairo, opening on the centenary of the excavation, and supposedly will never leave again.

See Also: Treasures of Tutankhamen on Show In London for the Last Time at the Saatchi Gallery 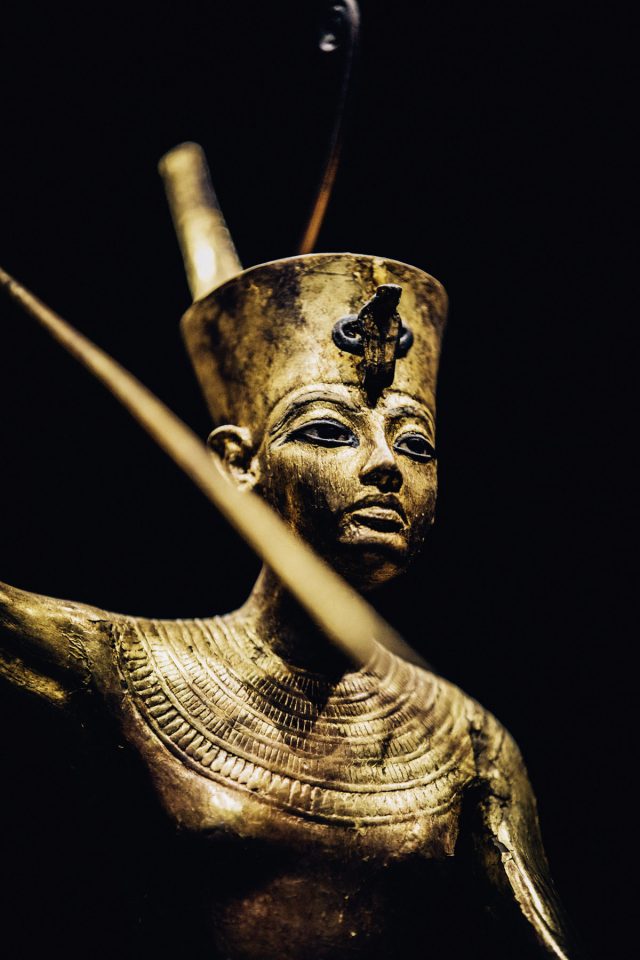 Journey to the Afterlife

More than 5,000 items were found in the tomb, miraculously intact and well preserved over a period of 3,000 years. The entire story of the excavation was covered in great detail by The Times of London, but it was not long before the news was a worldwide sensation, hailed as ‘The discovery of the 20th century’ and marking the beginning of the world’s enthrallment with the Pharaoh’s story. Rival newspapers went so far as to invent the story of a ‘curse’.

Carter famously said, of the moment of discovery: “At first I could see nothing, the hot air escaping from the chamber causing the candle flame to flicker, but presently, as my eyes grew accustomed to the light, details of the room within emerged slowly from the mist, strange animals, statues and gold – everywhere the glint of gold.”

Certainly the Saatchi gallery’s most spectacular exhibition yet, Treasures of the Golden Pharaoh reflects the life of wealth and splendour of the young ruler, and underlines the unimaginable strangeness of the culture of the time. The exhibition aims to take visitors on the journey through the course of the Boy King’s life, telling a story through the order in which the treasures are displayed. 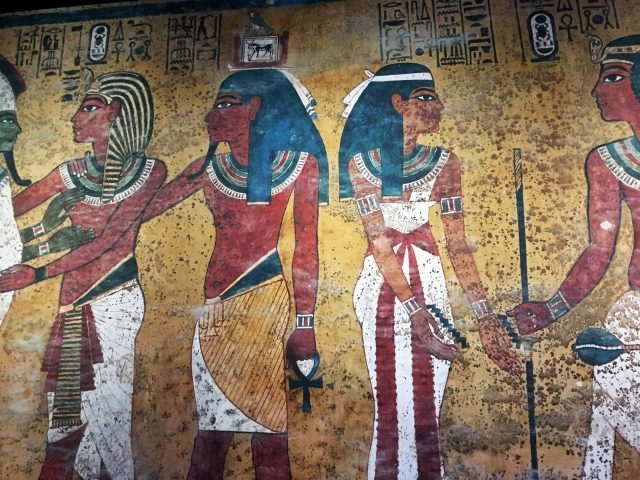 The managing director of exhibitions at the Saatchi Gallery, John Norman, said: “Nothing can replace the unique power of standing in front of an authentic object rooted in ancient history.

“This unprecedented collection transports visitors to Ancient Egypt where they accompany Tutankhamun on his journey to the afterlife in his quest for immortality.”

The exhibition starts with telling the story of the Book of the Gates, an ancient text explaining how the deceased must pass through twelve gates that guard paradise with aid of supernatural creatures.

For this reason, Tutankhamun is buried with weapons that will ensure his safe passage. Decorative gold shields depict the king warding off his enemies under foot, and brilliantly decorated boomerangs are still amazingly intact, there for the purpose of protecting the king on his perilous journey. 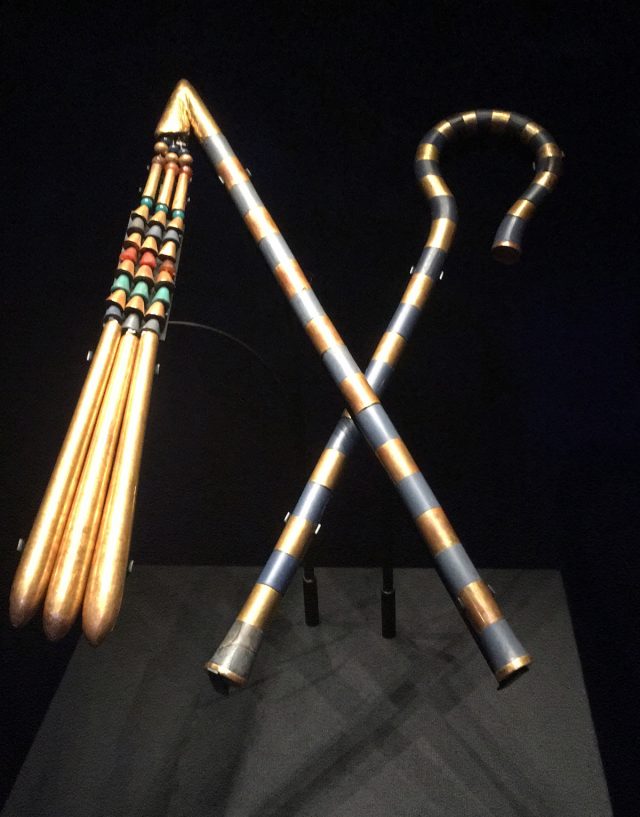 There is a reason why Carter and Carnarvon declared that they had found ‘Aladdin’s cave’—this tomb was the most complete Egyptian tomb ever found, and the collection of treasures immense.

Jewels buried with the Pharaoh are displayed looking as complete as they day they were placed on the mummified body. Regal even in death, he was buried with some of the finest jewellery in the kingdom.

Perhaps the most glittering treasure is the face of the exhibition itself; the miniature canopic coffin which once contained the pharaoh’s mummified stomach. The intricate detail on the coffin features exquisite decorations of Egyptian blue lapis lazuli, among glittering gold. The perhaps more famous ‘death mask’ is not included in the exhibition—after being damaged in 2015 it has been deemed too fragile to transport—but nonetheless this is the largest Tutankhamun exhibition to have left Egypt.

In 2020 the treasures will come to rest in the  650,000 square foot Grand Eqyptian Museum in Giza, on the outskirts of Cairo, the world’s biggest museum dedicated to a single civilization, displaying the entire contents of Tutankhamun’s tomb together for the first time. A glass wall will provide visitors with a view of the Great Pyramid of Khufu, the only remaining Wonder of the Ancient World. 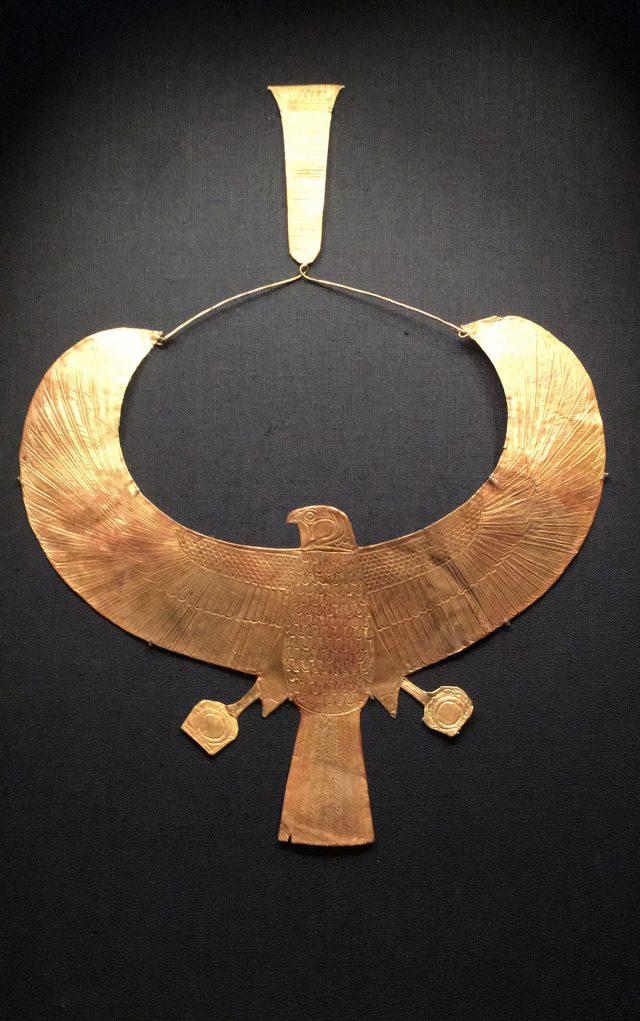 Despite the knowledge these objects give us about the 18th dynasty and the life of a worshipped pharaoh, the exhibition also highlights mysteries that puzzle us to this day.

World-renowned archaeologist Dr Zahi Hawass said: “There is gold, yes, but also intrigue—how did this small boy rule a kingdom? What was his life like? How did he die? And above all else, humanity. This young boy is suddenly thrust to rule a thriving and powerful kingdom. The people around him who cared for him and honoured him with some of the most magnificent objects your eyes will ever behold.”

Despite the clues given by the many treasures excavated from his tomb, there is still no certainty as to the cause of the Boy King’s death at the age of around 19 in 1324 B.C. However, the exhibition represents a new era of discovery and inspiration.

John Norman said: “This exhibition causes people to think about the difference one person can make. Had it not been for Howard Carter’s passion and determination, the boy king’s name—and treasure—might have been lost for all eternity.”