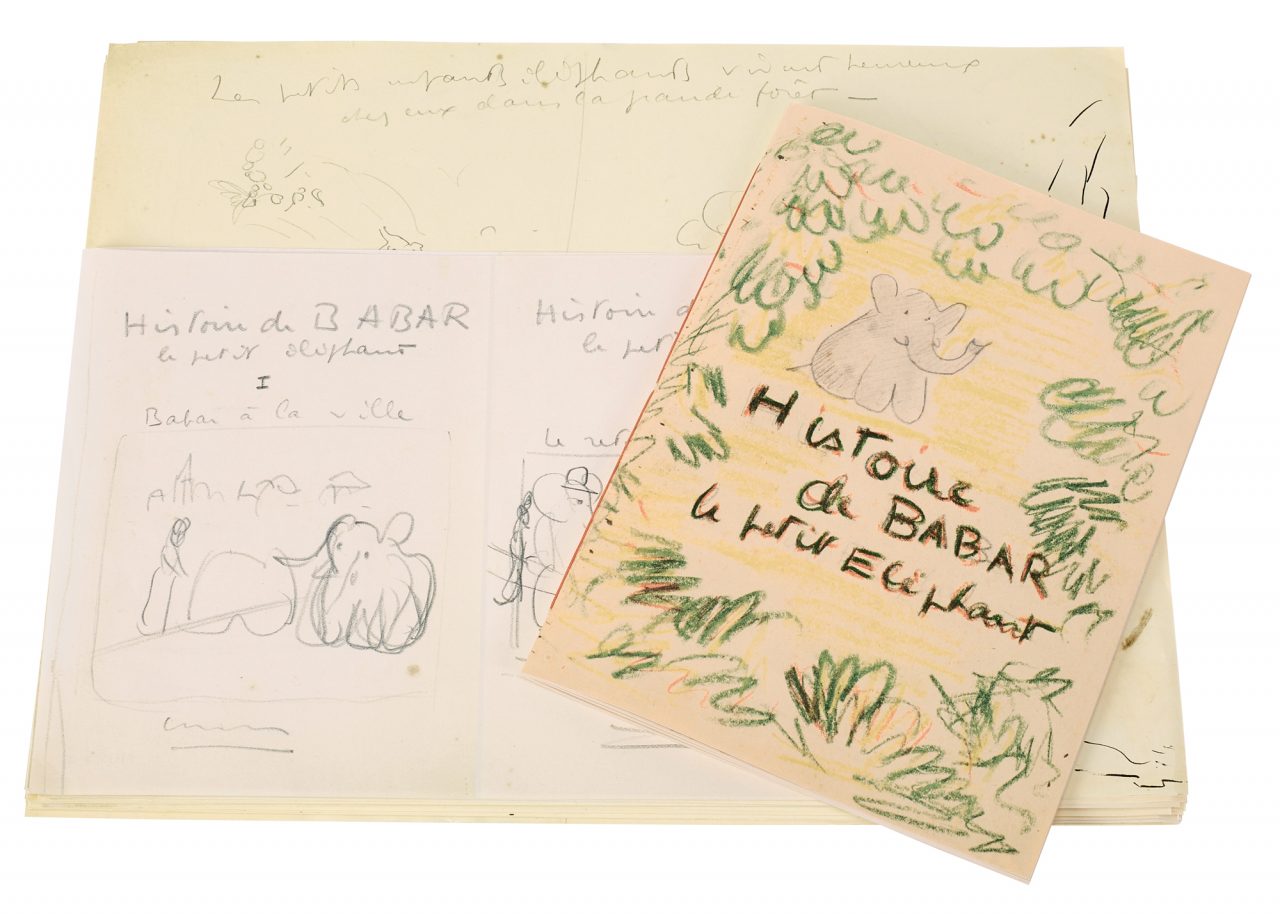 The Story of Babar - www.thefoliosociety.com

A limited edition of Jean de Brunhoff’s children’s classic The Story of Babar has been produced by The Folio Society. Limited to 750 copies, the edition features specially commissioned essays, archive material, sketches and a maquette.

The Story of Babar follows the incredible journey of ‘le petit éléphant’ from bedtime tale to one of the most memorable and loved children’s stories of all time.

Jean de Brunhoff ’s original artwork for Histoire de Babar is held in the archives of The Morgan Library & Museum in New York, but is too fragile for permanent public display. Working closely with Christine Nelson and Drue Heinz Curator of Literary and Historical Manuscripts at The Morgan, The Folio Society has faithfully reproduced the first sketches of Babar, de Brunhoff ’s original handmade mock-up book (maquette) and a facsimile of the French first-edition of the published book.

The Story of Babar also includes a fascinating commentary volume, bringing together a selection of writing on both Babar and de Brunhoff as well as a detailed annotation of each of the sketches and the maquette alongside thumbnail reproductions of every page. The commentary opens with Faïza Guène’s newly commissioned essay The Go-Between, and includes New Yorker columnist Adam Gopnik’s essay Freeing the Elephants and Christine Nelson’s essay Babar Begins. The first edition is newly translated into English, from the original French, by Christine Nelson and Sophie Lewis.

Upon seeing a final production of The Folio Society edition, Laurent de Brunhoff, the son of Jean de Brunhoff who took over the series after his father’s death, has said: ‘We are completely blown away by the edition you’ve done of The Story of Babar!! It’s simply MAGNIFICENT. I’m almost afraid to touch it, it’s so beautiful!’

One of the most beloved children’s books, Histoire de Babar started off as a story Cécile de Brunhoff told her young sons at bedtime. They were so captivated that they asked their artist father Jean de Brunhoff to illustrate the tale, and so began the story that led to worldwide acclaim.

Histoire de Babar follows a young orphaned elephant, who seeks refuge in a city after a hunter kills his mother. He meets the benevolent Old Lady and is introduced to the magical world of tailored suits, fine dining and pampered living. This endearing narrative, paired with Brunhoff ’s exquisite illustrations, has ensured Babar’s universal and enduring appeal.

The son of a publisher, de Brunhoff was born into a world of books, but before following in his father’s footsteps he briefly fought at the end of World War One. He went on to study painting at the Académie de la Grande Chaumière in Paris and embarked on a career as a professional artist and illustrator. Six more books followed the worldwide acclaim of Histoire de Babar before de Brunhoff ’s death at the age of just 37. After a six-year break, his son Laurent adopted the amiable elephant and continued his adventures, closely following de Brunhoff ’s celebrated illustrative style. The multi-million best-selling series eventually ran to 45 books and Babar remains one of the best-loved children’s characters in the world.

The Folio Society limited editions are outstanding works of literary or historical significance reproduced as works of art in their own right. Many of the editions are facsimiles of treasures held in some of the world’s greatest libraries and museums. For others, they commission leading artists and craftsmen to create editions that represent the pinnacle of book publishing. All are designed to become keepsakes for future generations.