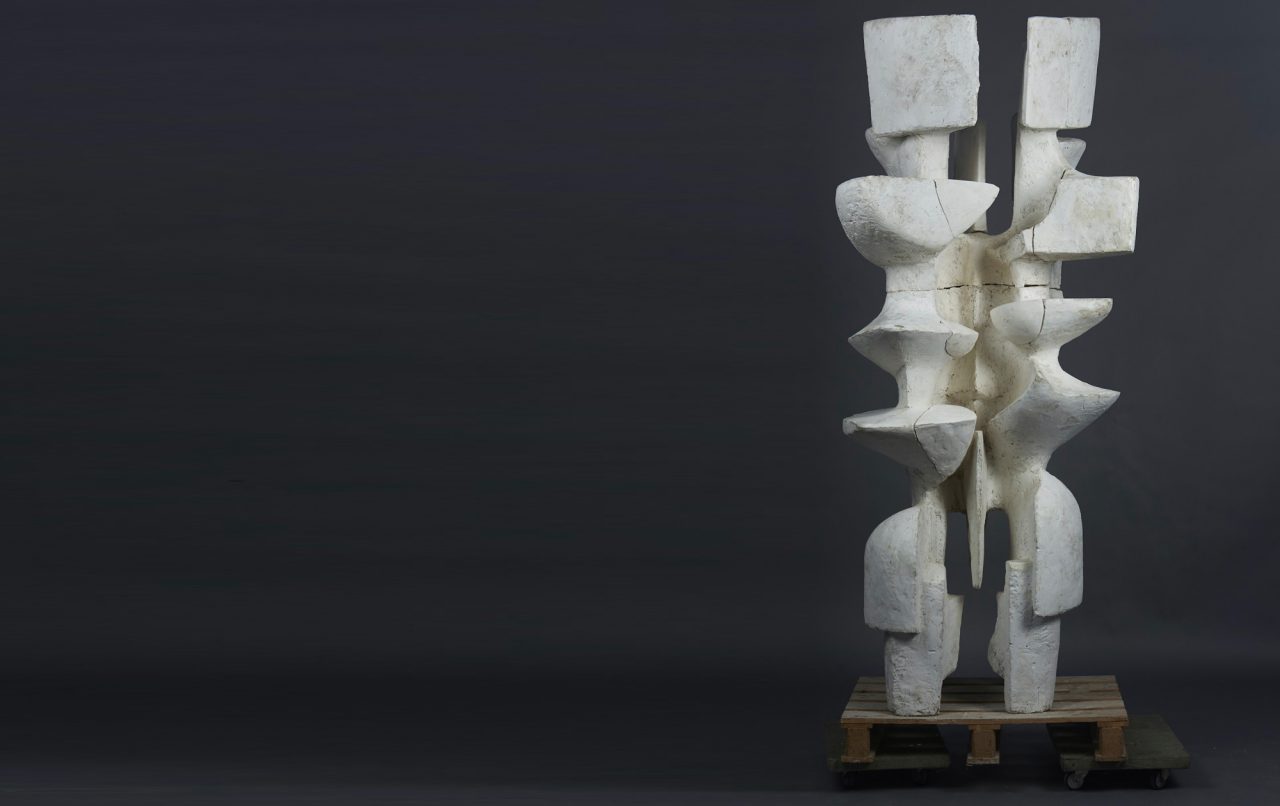 Art Paris has announced its 22nd edition as it returns to the Grand Palais from April 2nd-5th, 2020. In the 20 years since its founding, Art Paris has established itself as Paris’s major spring fair for modern and contemporary art, bringing together more than 150 galleries from over 20 countries.

From the post-war to the contemporary period, Art Paris is a place for discovery, placing special emphasis on the European scene, whilst exploring the new horizons of international creative hubs, whether in Asia, Africa, the Middle East or Latin America. This year, the fair will showcase a two-fold focus, turning to both the French contemporary art scene and the emerging Iberian art hubs, specifically Barcelona, Lisbon, Madrid and Porto.

In parallel, the “Solo Show” sector will be dedicated to monographic exhibitions, while “Promises” pursues its support to young and emerging galleries. New participants make up 31 percent of the 2020 selection, which is marked by the arrival of Parisian galleries including Jeanne Bucher Jaeger, Galerie Sator and Caroline Smulders in association with Karsten Greve.

From an international standpoint, five countries will be represented for the first time: Bulgaria, Denmark, Greece, the Ivory Coast and Turkey. Contributing to the Iberian Peninsula contingent are 12 galleries from Barcelona, Madrid, Lisbon and Porto. The Asian scene will affirm its presence, with 5 galleries from South Korea including 313 Art Project, Gallery Simon, Gallery H.A.N., Mo J Gallery and Gallery SoSo. Works by African artists will be on show in the Main Sector, at ARTCO Gallery (Aachen/Le Cap) and Niki Cryan (Lagos), as well as in the “Promises” sector with 31 Project (Paris), Galerie Véronique Rieffel (Paris/Abidjan) and Septieme Gallery (Paris), all of which are participating for the first time.

The Middle Eastern scene will also be present with a special focus at Galerie Brigitte Schenk (Cologne), presenting works by Halim al Karim (Iraq), Tarek Al Ghoussein (Kuweit) and Abdulnasser Gharem (Saudi Arabia), whose installation The Safe was one of the highlights of Art Basel 2019’s Unlimited sector.

Each year, in support of the French scene, Art Paris invites a curator to engage critically and historically with a selection of projects by French artists presented by participating galleries. In Common and Uncommon Stories, director of the Bourse Révélations Emerige and guest curator Gaël Charbau brings together the work of 21 artists, most of which were born in the 1980s, responding to the notion of the narrative and the ambiguous interplay between singularity and universality in storytelling. He has also been invited to write a text presenting each artist and their work.

Following its extensive survey of the Latin American scene in 2019, Art Paris turns to the Iberian Peninsula, bringing light to Spanish and Portuguese art from the 1950s to the present day. 25 galleries will be presenting works by a selection of 77 artists – from modern masters to contemporary artists. In parallel, projects including a video programme, site-specific installations, and conferences at the Instituto Cervantes and the Calouste Gulbenkian Foundation in Paris will highlight the creative effervescence flourishing in this part of Southern Europe.

Spread across the various sectors of the fair, the participating galleries will constitute a historical and contemporary journey delving into the various Spanish and Portuguese art scenes. Representing the Spanish scene, Galeria Marc Domènech (Barcelona) will be paying tribute to historical figures connected with the Surrealist movement, such as Julio González, Óscar Domínguez and Joan Miró, while Galerie Andres Thalmann (Zurich) will be showcasing Joan Hernández Pijuan, one of the major Spanish artists of the last thirty years, known for his uniform colour compositions. Freijo Gallery (Madrid) will be looking back at the generation of artists who lived and worked in Madrid in the 1970s, with conceptual artist Mateo Maté, Ramón Mateos, one of the founders of the El Perro collective, and Darío Villalba, whose hybrid works address questions of identity and marginality. Michel Soskine Inc. (Madrid) will be dedicating a solo show to Antonio Crespo Foix, featuring the artist’s sculptures made of bamboo, horsehair, wool and wire – recreating a surreal natural world tinged with poetry.

The analysis of the relationship between history and politics, between art and power and between public space and collective memory acts as a common thread between the works of Cristina Lucas and Fernando Sánchez Castillo, who will be presented side by side at Albarrán Bourdais (Madrid). As part of the Portuguese showcase, São Mamede (Lisbon) will be celebrating two modern masters: the architect and painter Nadir Afonso (1920—2013), a pioneer of Kinetic Art known for his geometric cityscapes and who worked closely with Le Corbusier and Oscar Niemeyer; and Manuel Cargaleiro (born 1927), a painter and ceramicist close to the École de Paris. Jeanne Bucher Jaeger (Paris/Lisbon) will be dedicating its stand to three major figures of the contemporary 3 Lisbon scene: Michael Biberstein (1948—1978), Rui Moreira (born 1971) and Miguel Branco (born 1963), who borrows from art history to create paintings, drawings and sculptures that explore the animal kingdom and notions of scale. Galerie Nathalie Obadia (Paris/Brussels) will be presenting works on paper by Jorge Queiroz, whose unique and teeming personal universe lies midway between figuration and abstraction, while Galería MPA (Madrid) will be presenting the hybrid works of Rui Toscano, whose use of the evocative power of images and sounds examines cultural representations and collective memory.

Best known for her numerous exuberant sculptures and installations created by accumulating everyday objects, Joana Vasconcelos will be the focus of La Patinoire Royale – Galerie Valérie Bach (Brussels)’s display. A site-specific installation presented by Portuguese artist Marisa Ferreira, Lost Future (2020) takes its inspiration from Le Corbusier’s Plan Voisin (1925) – an urban development project for Paris comprised of 18 cruciform glass skyscrapers placed on an orthogonal grid of streets interspersed with green spaces. The plan, which was never implemented, envisioned demolishing the Marais neighbourhood as a way of solving issues of dilapidated and unhealthy housing, illness and overpopulation – thereby giving place to what Le Corbusier called the “city of tomorrow”, a symbol of European modernity and of the industrial era. Directly referencing this emblematic project, the cross-shaped column imagined by Marisa Ferreira evokes the gap between the utopian ambitions of the 1970s and the current property boom that pays no heed to the history and identity of cities such as Porto and Lisbon.

Since 2015, Art Paris has encouraged the presentation of monographic exhibitions – a key moment in artists’ careers – by inciting galleries to present specific single artist-focused projects. The 2020 edition will feature around 20 solo shows distributed throughout the fair. Highlights will include a site-specific project by South African artist Roger Ballen (Caroline Smulders in association with Karsten Greve, Paris); a mini-retrospective of British artist – best known for his colourful “puddle” paintings – Ian Davenport (Luca Tommasi – Arte Contemporanea, Milan); and a rare ensemble of works by major Cuban artist Jesse A. Fernández at Galerie Orbis Pictus (Paris).

See here for details of a change of date.