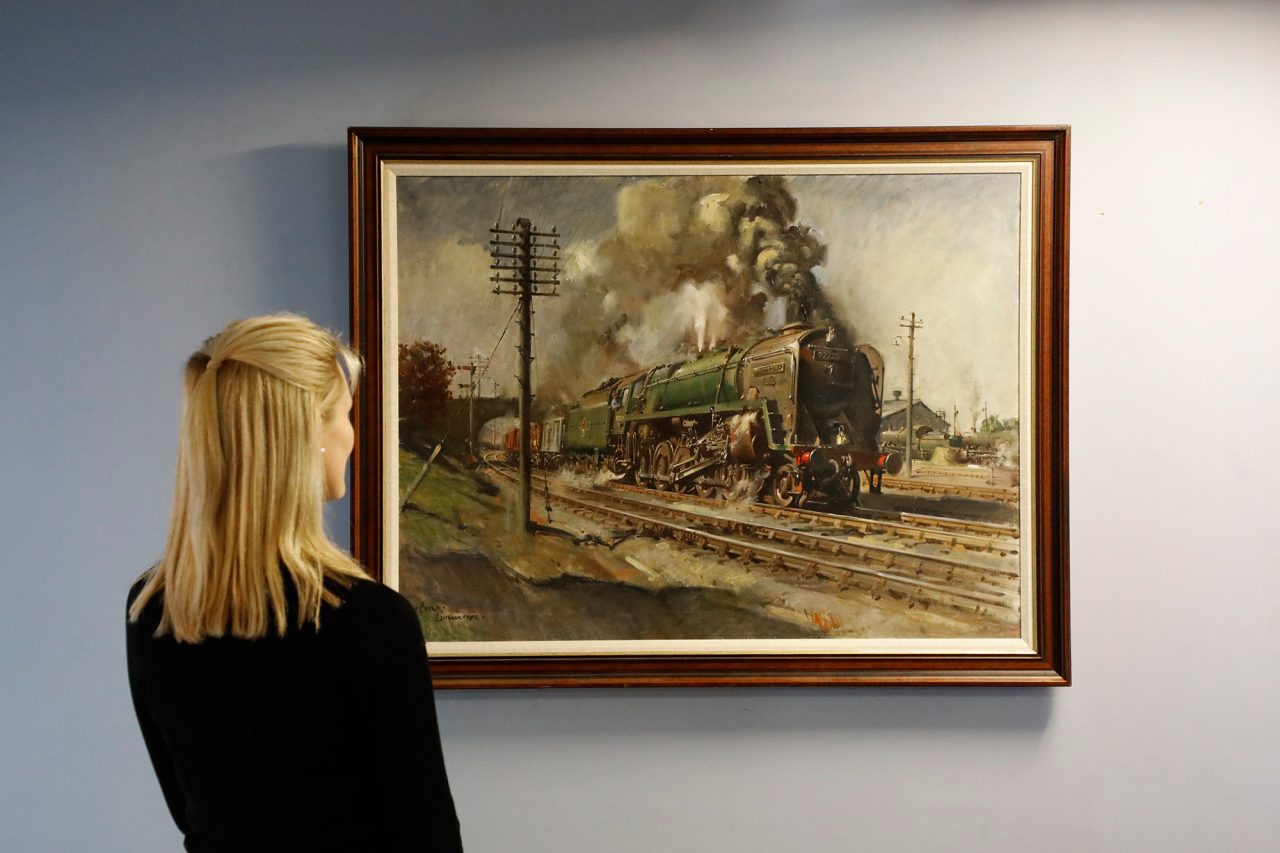 The painting’s ‘end of an era’ subject is the last steam locomotive ever built for British Railways – the BR standard class 9F engine completed at Swindon Works in 1960. Built with the intention that it would be preserved as a heritage object, it was withdrawn from service in 1965 and is now in the National Railway Museum collection in York.

The 76cm x 1.02m scene of the engine hauling passenger carriages at her top speed of over 90 mph was commissioned from Cuneo by the printers James Haworth & Company for use in the company’s 1964 calendar and later became one the most successful fine art prints ever published by the company.

One copy of the print, Cuneo himself was later amused to relate, came close to causing an international incident. The story goes that British officers on board the Union Castle liner in Cape Town had decided to cable the printers after failing to find the tiny mouse that appears in practically every one of Cuneo’s paintings.

The return message from James Haworth had been intercepted by South African security forces who deemed it highly suspicious. Only after they boarded the ship demanding to see the captain did they find out the true meaning of the phrase ‘Up telegraph pole first right’. It is exactly where the trademark rodent can be spotted.

The original painting was one of 12 Terence Cuneo paintings exhibited at a 50th anniversary dinner of railway track manufacturer Pandrol in 1987 and also formed part of the Terence Cuneo exhibition held at the Mall Galleries in 1988. It will be offered for sale at Sworders in Stansted Mountfitchet together with a photograph of the artist with the vendor’s father.

“ This painting is highly significant as it is of the last steam engine ever built for British Railways and is regarded by many as one of the very best engine subjects ever painted. The picture is sold by descendants of the Haworth Family, who ran James Haworth Ltd. The Company specialised in printed advertising material and commissioned Terence Cuneo, to paint military and railway subjects,” said a Sworders specialist.