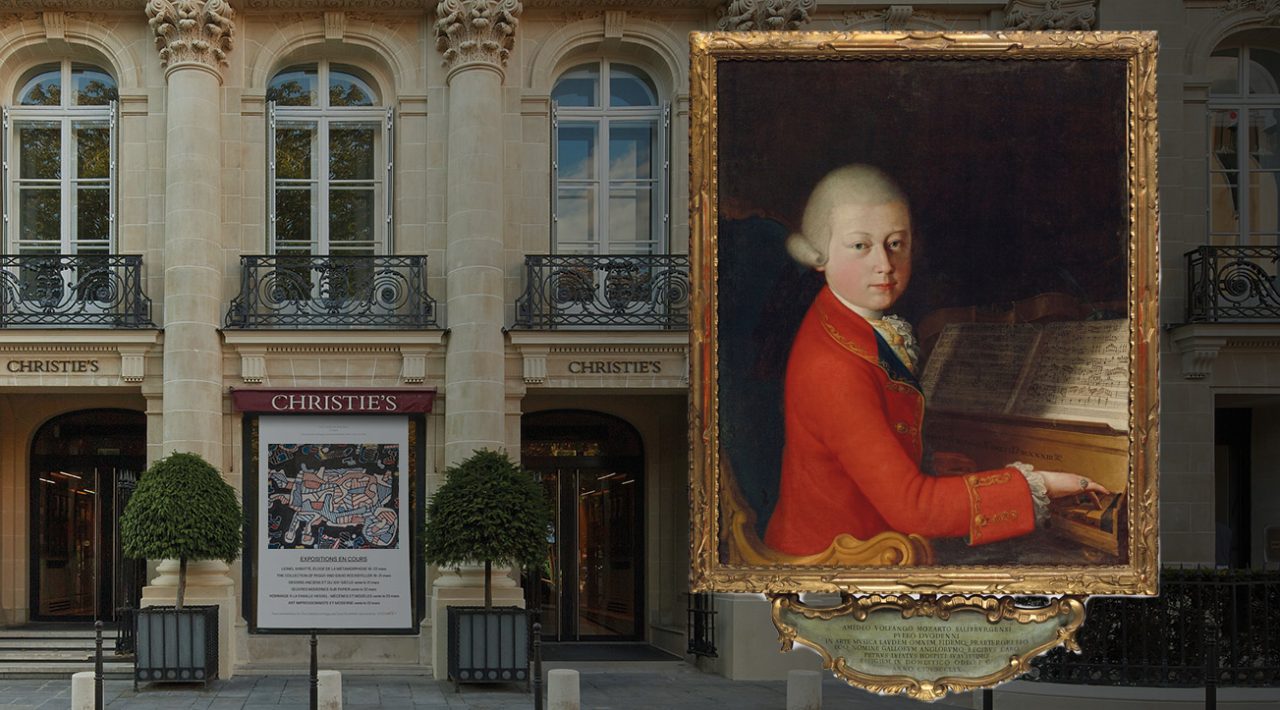 An extremely rare portrait of Mozart as a teenager sold at a Christie’s auction for €4m (£3.4, $4.4m) in Paris, hugely over its original estimate.

It was originally estimated to sell for €1.2m.

The painting is believed to show the musical prodigy at age 13, and shows him sitting at a harpsichord in the 1770’s. It is believed that Mozart was on a tour of Italy at the time and staying with Pietro Lugiati, who was a top official in the Republic of Venice. Lugiati commissioned the painting.

“It was most probably painted by the Veronese master Giambettino Cignaroli, who was Lugiati’s cousin,” said Astrid Centner, who is head of the auction house in Paris.

Scholars at the auction were fascinated by a certain aspect of the painting as it shows a musical score which is only just visible at the edge of the oil on canvas frame.

“What’s very interesting about that portrait is the musical score. It’s actually only known from that portrait, so some musicologists have said it could be the work of Mozart himself.” said Centner.

The Austrian composer was already famous at the time of the painting, and a few days prior to it being completed, performed an organ concert in Verona.