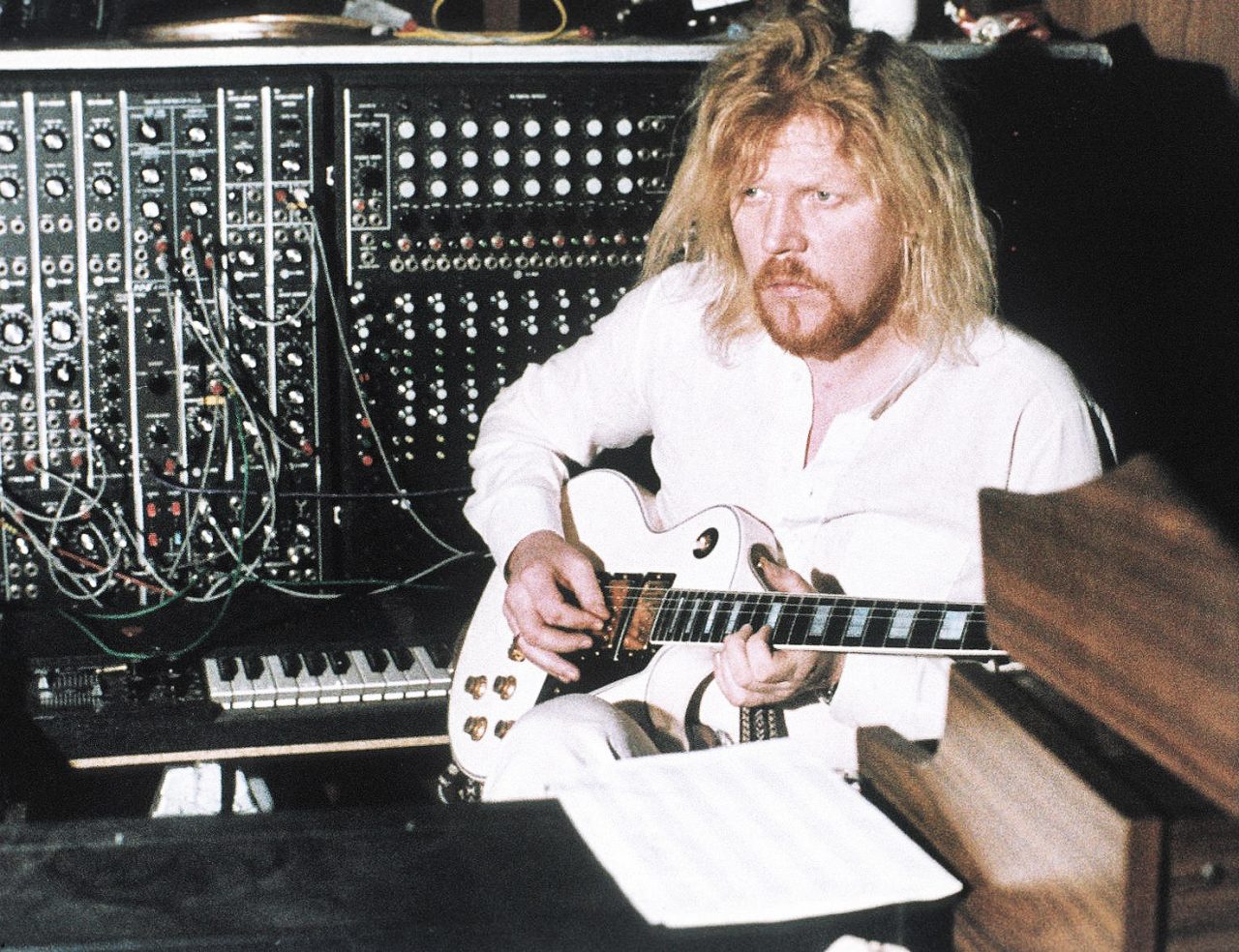 The band Tangerine Dream was founded in 1967 by Edgar Froese in West Berlin. They were early pioneers of electronic music, who, with albums like Phaedra and Rubycon, laid the foundation for new styles such as Ambient and Trance. Championed in the UK by DJ John Peel, they found success on Richard Branson’s Virgin records label, recorded soundtracks for Hollywood movies such as Risky Business, Firestarter, Sorcerer and Thief, and since the death of Edgar Froese in 2018, continue to perform with an invigorated new line-up.

Through uncovered photographs and videos, original synthesizers including the British VCS3 and American Minimoog, cassettes and vinyl, and documents such as contracts and riders, the exhibition reveals the UK’s key role in the international breakthrough of Tangerine Dream during the 1970s, including legendary performances such as the controversial Coventry Cathedral concert.

The band’s 50-year history continues to influence musicians to the present day, when synthesizers and sequencers are being continually rediscovered in music and pop culture. The exhibition, curated by Bianca Froese-Acquaye, Melanie Reinisch and Felix Moser runs until Saturday 2nd May 2020 at the Barbican Library, and there is a special viewing event with music performances and readings on January 24th.