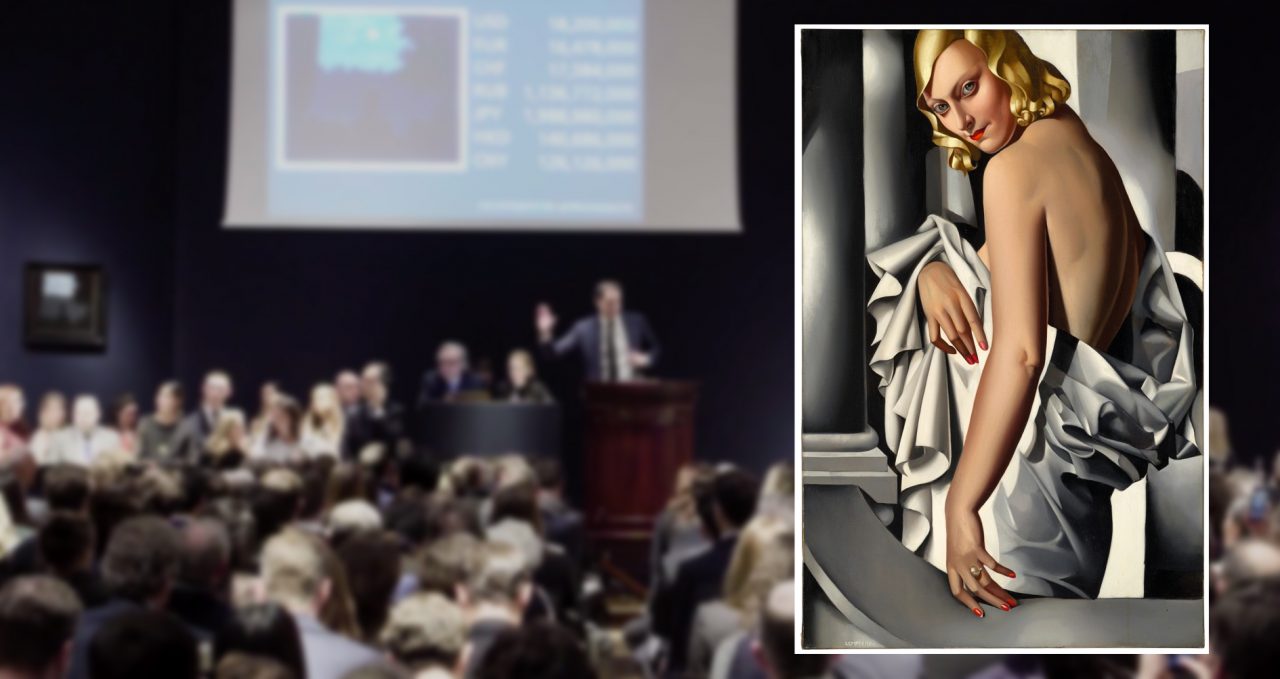 A painting by the Art Deco painter Tamara de Lempicka, Portrait de Marjorie Ferry (1932), set a new auction record for the Polish-American artist’s work, selling for £16.2 million ($21.1 million) at Christie’s evening sale of Impressionist and modern art in London this week. This beat her previous record, set only three months ago, when La Tunique Rose (1927) sold for $13.3 million at Sotheby’s in New York.

Portrait de Marjorie Ferry (seen top of page) depicts the Parisian cabaret singer and is typical of the artist’s art deco style, with pronounced angles and strong contrasts between light and dark. All ten of Tamara de Lempicka’s top selling works are portraits of women.

After decades in obscurity, the artist’s reputation was revived towards the end of her life, and her works were coveted by collectors including Madonna, Jack Nicholson and Barbra Streisand. She was quoted as saying: “Among a hundred paintings, you could always recognise mine. The galleries…put me in the best rooms, always in the centre, because my painting attracted people. It was neat, it was finished.”

A musical about her life, including her flight from the Russian Revolution and her popularity in high society between the wars, is set to open in New York later this year.

The top lot at Wednesday’s sale at Christie’s was René Magritte’s A la Rencontre du Plaisir (1962), which brought in £18.9 million ($24.6 million), making it the artist’s second highest-selling work ever. A new record was also set for a work by George Grosz, Gefährliche Straße, (1918) which sold for £9.7 million ($12.6 million).

The Christie’s sale brought in a total of £106.8 million ($139 million), largely assuaging art world anxieties about a post-Brexit impact on the market.