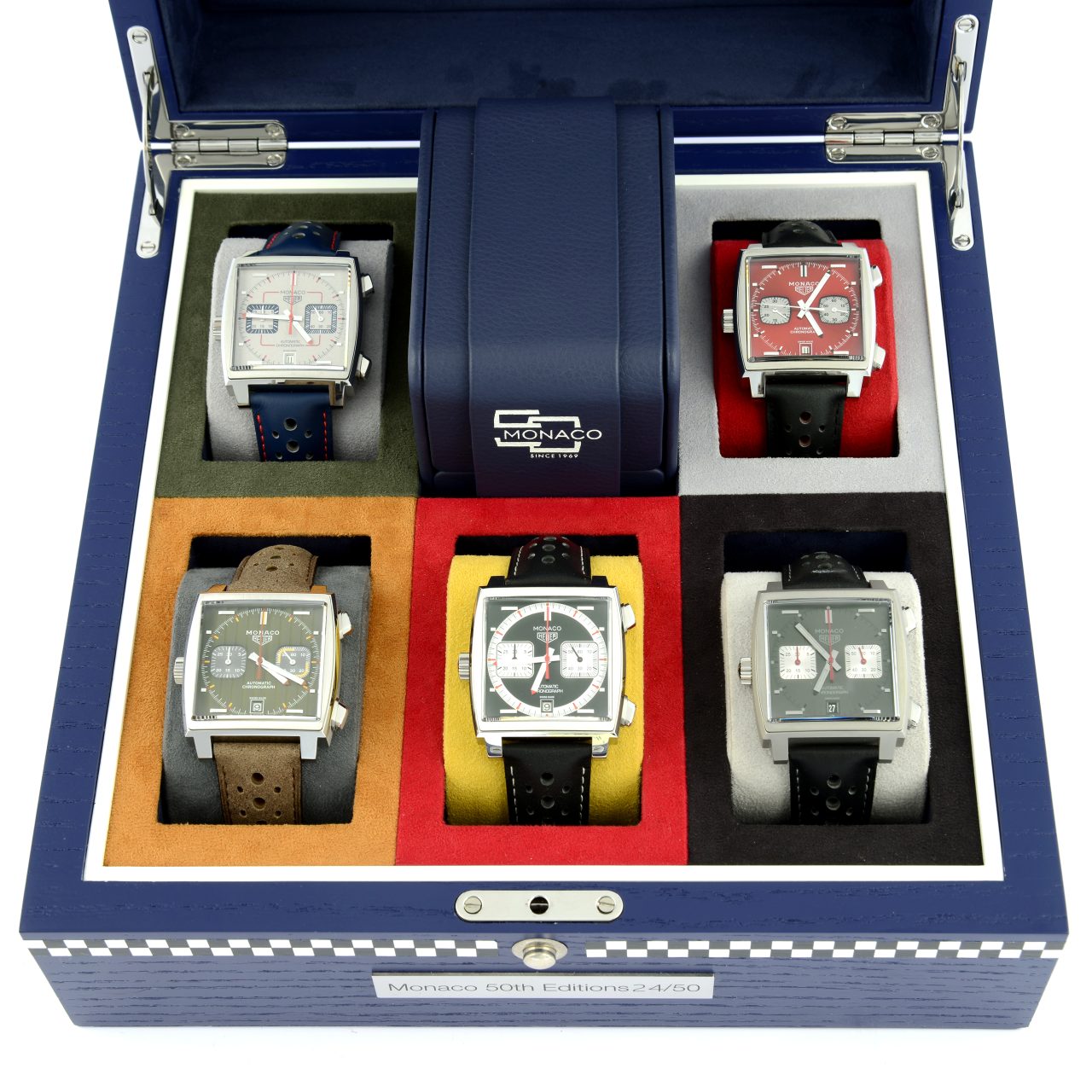 An extremely rare Tag Heuer Monaco Collection will go under the hammer at Fellows Auctioneers’ Luxury Watch Auction on Monday 21st March with an estimate between £30,000 – £50,000.

The Tag Heuer Monaco set is one of 50 ever made, released in 2019 on the 50th anniversary of the introduction of the Monaco Chronograph. There are five watches, all of different styles which capture their respective decade.

The collection is Lot 198 in the Luxury Watch auction, offering over 250 watches from a variety of brands, including Rolex and Omega, with the event taking place in Birmingham’s Jewellery Quarter.

The Tag Heuer Monaco was released in 1969. Such was the intrigue of the watch, esteemed Hollywood actor Steve McQueen loved the timepiece and wore it throughout the 1971 film, Le Mans. Its iconic square design powered by the chronometer grade automatic Calibre 11 was revolutionary for the Swiss watch industry, and never before did a square watch achieve water resistance.

Each of the five watches is one of 169 ever made and all have different styles and colours. A signed automatic Calibre 11 movement is included with each watch which all sport stainless steel cases. An exclusive blue box is included with the lot which includes an inscription ‘Monaco 50th Editions 24/50’. The collection was brought to Fellows by an unnamed private seller.

Senior Watch Specialist at Fellows Auctioneers, Steven Yambo, said: “Ever since I first laid my eyes on this impeccable Tag Heuer Monaco Collection, I have been in awe of how stylish the watches are. The watches are all faithful to the original, elegant Tag Heuer Monaco which is sought after by watch collectors around the globe.

“We are holding viewing days for this collection in both Birmingham and London and I anticipate a lot of people will be keen to see the collection first-hand.”

For more information about the collection or the auction, visit www.fellows.co.uk