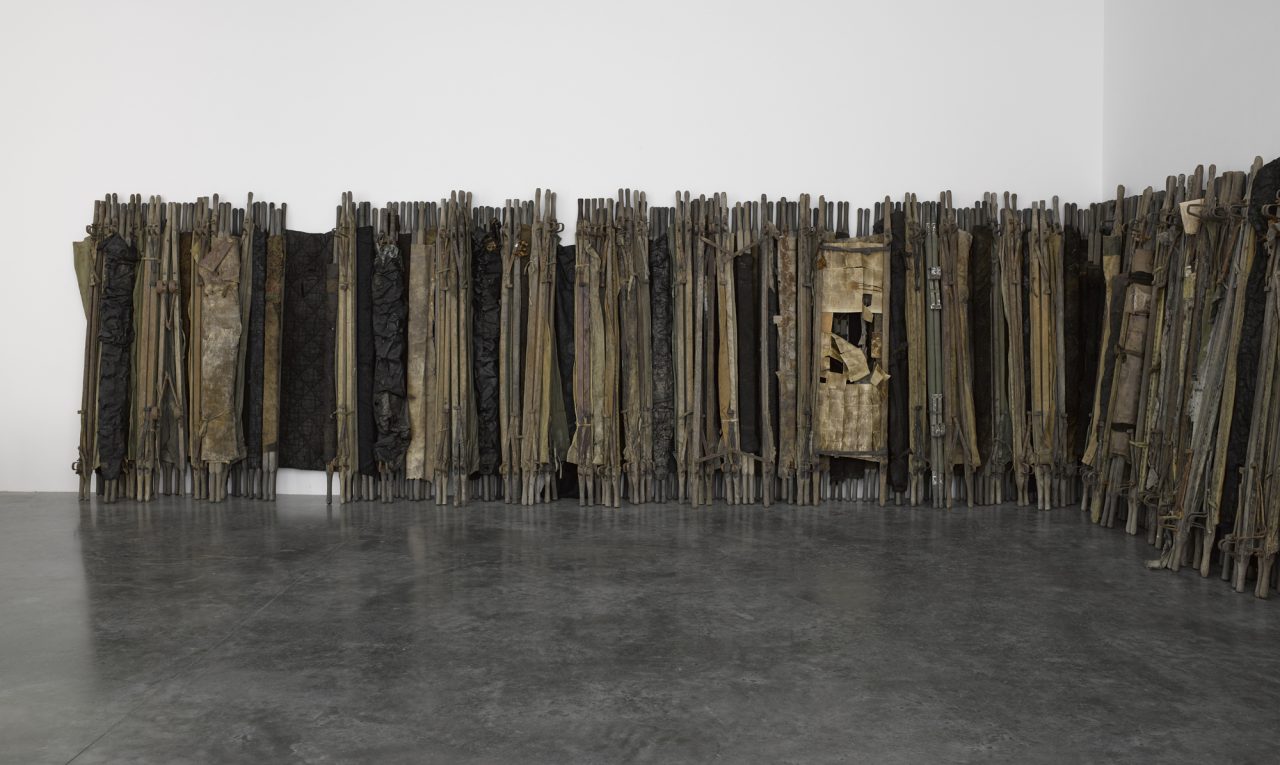 The Biennale of Sydney – the third oldest biennial in the world after Venice and São Paulo, and the largest exhibition of its kind in Australia – has announced the program highlights for its 2020 edition, taking place from 14th March until 8th June 2020.

Free and open to the public, the 22nd edition will present a diverse range of contemporary artworks spanning from video and photography to installations and performances, across six different venues in Sydney: Art Gallery of New South Wales, Artspace, Campbelltown Arts Centre, Cockatoo Island, Museum of Contemporary Art Australia and the National Art School.

Under the artistic direction of acclaimed Indigenous Australian artist Brook Andrew, this expansive exhibition of contemporary art and events will bring together the work of more than 100 international artists, many of which have been specifically commissioned for the occasion. Acting as a plural space to gather and to share, to disrupt and re-imagine, it will engage visitors to challenge dominant narratives and propose new futurisms and paths to healing.

Titled NIRIN, or edge – a word of Andrew’s mother’s Nation, the Wiradjuri people of western New South Wales – the exhibition will address themes of sovereignty, healing and transformation.

Throughout the 87 days of the exhibition, these projects and ideas will be activated and explored through an interconnected program of free and ticketed events called NIRIN WIR, spanning from the Blue Mountains to La Perouse.

NIRIN, meaning edge, and WIR, meaning sky, is a series of activations and creative partnerships with communities, artsorganisations and tertiary institutions such as the Powerhouse Museum, Sydney Observatory, Parramatta Female Factory and Sydney University.

Brook Andrew, Artistic Director for the 22nd Biennale of Sydney explains, “NIRIN is an opportunity to see first-handhow Sydney and Australia is a world stage for arts and culture. It demonstrates how artists have the power to inspire and lead through difficult global times such as environmental catastrophe, urgent states of conflict and reframing histories. There are many turning points in the world right now: come and be a part of this story and immerse yourself, your family and friends in inspiration, change and imagined futures.”

Reflecting on the 2020 edition, Barbara Moore, Chief Executive Officer, Biennale of Sydney said: “The Biennale of Sydney embraces art and ideas of today, welcoming artists and audiences to collaborate, learn, heal and bond together. Through NIRIN and NIRIN WIR, the Biennale invites diverse and often marginalised voices of the world to converge, creating a safe place where people can think and talk about issues that resonate on a local and international level. Under the artistic direction of Brook Andrew, the 22nd Biennale of Sydney highlights the importance of uniting people, stimulating dialogue, cultivating connections, listening and amplifying the voices of artists, from a First Nations-led and artist-led perspective.”

• At the Art Gallery of NSW, Arthur Jafa, recently awarded the Golden Lion at the 58th Venice Biennale, will present the Southern Hemisphere premiere of his seminal work The White Album. Wiradjuri artist Karla Dickens will present an immersive installation in the vestibule of the Gallery that is an observation on the disproportional number of Indigenous women in refuges and correctional centres all around Australia.

• Multi-disciplinary artist Joël Andrianomearisoa will present a suite of large-scale, sheer textile works that will transform spaces in both the Art Gallery of New South Wales and Museum of Contemporary Art Australia.

• Pitjantjatjara artist Kunmanara Mumu Mike Williams (1952–2019), a political activist, cultural leader and ngangkari (traditional healer), was invited to participate in the Biennale of Sydney before his passing in March 2019. His vision for the exhibition was a large-scale political protest piece, working with the young men in his community to show to the world that tjukurpa (law) is still strong. Guided by his widow Tuppy Ngintja Goodwin and his lifelong friend and collaborator Sammy Dodd, Mimili Maku Arts has facilitated the execution of the project at the Art Gallery of New South Wales, celebrating the significance of Kunmanara’s words: Kulilaya munuya nintiriwa (Listen and learn from us).

• Gamilaroi/Gomeroi Murri Yinah artist Barbara McGrady delves into her extensive photographic archive to curate her life’s work and re-present it as a kaleidoscopic compendium of Aboriginal contemporary history. Collectively titled Ngiyaningy Maran Yaliwaunga Ngaara-li (Our Ancestors Are Always Watching), a selection of photographs will be presented at Art Gallery of New South Wales and as a major immersive installation at Campbelltown Arts Centre.

• At Artspace, Peruvian artist Fátima Rodrigo Gonzales will present a recreation of an iconic TV set from the 1960s Latin TV show ‘Sabado Gigante’ (Gigantic Saturday). In a defiant and expressive process of healing, eight-artist collective Tennant Creek Brio will show a dynamic series of paintings on discarded western objects that draw inspiration from their experiences of small-town Tennant Creek.

Established in 1973, the Biennale of Sydney is the third oldest biennial in the world after Venice and São Paulo and the largest exhibition of its kind in Australia. The Biennale has commissioned and presented exceptional works of art by more than 1,800 national and international artists from more than 100 countries. One of the leading international contemporary art events in the world, the Biennale of Sydney is committed to free access for all and, in 2018, attracted over 850,000 visitors – local, interstate, international, culturally diverse and intergenerational.

Playing an indispensable role in Australia’s engagement with the world, and a meaningful role in the life of the nation, the Biennale presents the most dynamic contemporary art from around the globe in venues across Sydney with exhibitions that ignite and spark dialogue, cultivating connections and inspiring action through meaningful, shared arts experiences.

The 22nd Biennale of Sydney (2020) exhibition NIRIN will be open – free to the public – from 14th March until 8th June 2020. The full events program for NIRIN WIR is available at www.biennaleofsydney.art/events with tickets on sale from now.