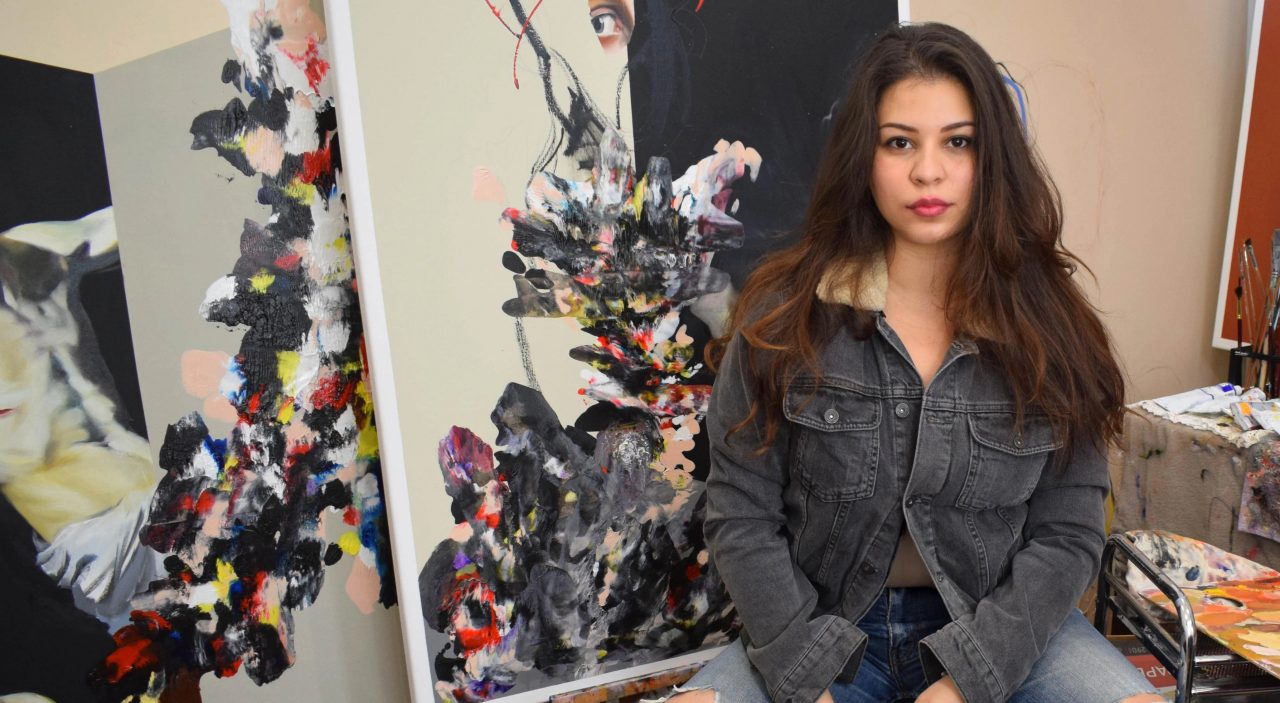 Contemporary portraitist and surrealist painter, Loribelle Spirovski, is set to have her first solo exhibition in London at HOFA Gallery  from 27th November to 11th December. Titled Love, Death and The Time I Knew You, this solo show will assemble select artwork from her most successful collections, showcasing her prolific talent and remarkable growth as a contemporary artist.

Born in the Philippines in 1990, this Australian artist has a distinctive style and approach to contemporary portraiture, both intuitive and cerebral, rooted in the myths, music, literature, pop culture and experiences that inspire her and make her art resonate with viewers.

Her journey as a contemporary artist began with realism and photorealism where she honed her painterly skills and came upon the particular combination of acrylic and oil paints that have become a hallmark of her creations. Photorealism soon gave way to surrealism as she increasingly sought to explore personal emotions and anxieties through art. As Loribelle puts it, her art is “…an attempt to externalise internal conflict, creating a juxtaposition of movement and stillness that forms an unsettling effect…”

The haunting portraits of her Homme series are a product of this process. They have a somewhat ominous feel owing in part to their energetic brushstrokes, artfully imbued with the ambivalent and sometimes negative emotions of the subject. Added to this are the intensely expressive eyes and strangely pulsating skin made all the more poignant by the intentional erasure of other facial organs.

In her critically acclaimed Memento Mori collection, Loribelle boldly explores anxiety and depression in young people. Her skilful superimposition of multiple images has an arresting effect. And beyond the anxiety that inevitably arises from confronting one’s own mortality or indeed, the mortality of others, viewers ultimately perceive and are inspired by the artist’s emotional and existential courage.

Her most recent works are surreal explorations of the relationship between people and the spaces they inhabit. Inspired by her experiences as a migrant in Australia, a sense of claustrophobia is unmistakable in these works. Also, she increasingly employs disjointed bodies and hollow forms, amplifying the introspective pull of her art and compelling her viewers to confront and contend with their own emotions. Indeed, the role of the viewer is critical to Loribelle’s work. In Love, Death and the Time I Knew You she recognises viewers as ‘meaning-makers’ without whose participation her artwork would be incomplete.

Loribelle Spirovski has had successful solo exhibitions in Sydney, Australia and New York, USA. She is also a two-time finalist of the prestigious Archibald art prize in Australia.