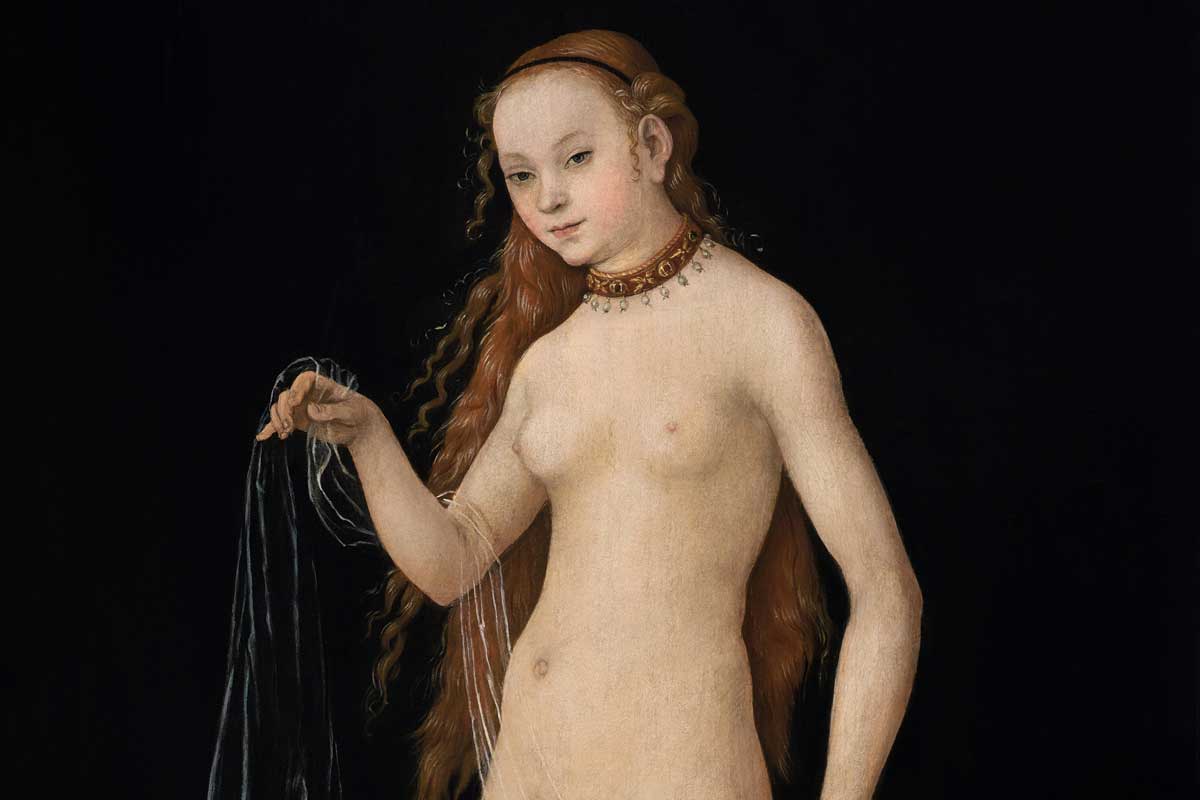 In 2016, an anonymous complaint alerted the French authorities about a Lucas Cranach the Elder painting, Venus (1531) from the collection of the Prince of Liechtenstein.

Fine art fakes have cost buyers millions for centuries; following recent allegations of forgery in the art world, protecting art investments has never been so important.

Before the stunning Leonardo da Vinci painting Salvator Mundi (c.1490) obliterated auction sale records in 2017 (with a staggering $450 million, for those that don’t already know), much controversy had erupted among experts and the media surrounding its authenticity.

Critics asserted that the pose of the painting’s subject, Christ, was flat and forward-facing—unlike all other human subjects painted by the celebrated artist. Da Vinci has been widely regarded for his studies of people in more dynamic, curved and complex poses. While art experts have concluded that the painting is genuine, the recent debate acted as a reminder that forgeries in the art world are a prominent problem. A recent report by Switzerland’s Fine Art Experts Institute (FAEI) alone estimates that up to—a shocking—50 percent of art circulating in the market is fake. According to Town and Country more than $200 billion is spent on art worldwide year-on-year—yet an astonishing $6 billion of that is wasted on illegal activity.

In 1999, a couple known only as Mr. and Mrs. King bought a complete set of Salvador Dalí prints of Dante’s Divine Comedy for $165,000 from West Park Gallery while on a cruise. It would be more than a decade before Mrs. King discovered that the prints were not genuine Dalí works. Mrs. King sued West Park Gallery, and although she claimed that the auctioneer had asserted the work’s authenticity, she ultimately lost the case.

It was later discovered to be a forgery of masterful skill. The painting had been created by a forger in the style of Hals; further close inspection of the famous painting found, however, that it was produced using materials that would not have been available in the 17th century. Experts at Sotheby’s used pigmentation tests to ultimately determine that the painting was a fake. Now, there is  speculation circulating within the art and auction industry that there may be up to 25 other art fakes in the market which could cost art investors an eye-watering £200 million.

Other works of art thought to be Old Masters paintings have also been implicated in forgery scandals. In 2016, an anonymous complaint alerted the French authorities about a Lucas Cranach the Elder painting, Venus (1531) from the collection of the Prince of Liechtenstein. It was eventually seized by the authorities from the Caumont Centre d’Art in France due to authenticity concerns. The painting had previously been verified and was sold in good faith to the Prince in 2012 for €7 million, making the seizure all the more shocking.

The unique work of art has never been more valuable. The distribution of reprints and copies of famous masterpieces in the commercial retail market has actually increased the prices of originals at auction. This has, however, inspired fraudsters to produce paintings that are almost identical to high value art for financial gain.

Provenance is widely regarded as the most important aspect of investing, and due diligence will help ensure that buyers invest in genuine art pieces whilst staying away from art fakes. While new technologies can identify art fakes (such as chemical and forensic testing and utilising artificial intelligence to inspect intricacies on the canvas invisible to the naked eye), forgers have learned to adapt, meaning that some fake copies fall through the ‘due diligence net’.

For example, there exists no authoritative record of all of Pablo Picasso’s work, who sometimes did not sign his work at all and whose paintings varied and constantly evolved in style. Materials such as paints, paper and canvases used for his paintings are also easily obtainable even today, which makes Picasso’s works easier to replicate. Old Renaissance paintings, however, are much more difficult to reproduce; materials used centuries ago are often not available today, making fakes easier to decipher.

Investors should keep in mind that highly recognised and sought-after works of art bring with them the burden of proof—no highly valuable asset would sell without genuine evidence of provenance. This means that forgers tend to target less renowned 20th-century artists that would attract less scrutiny at auction.

Provenance and authentication can be traced back fairly simply. Follow the paper trail back to galleries and auction houses to check previous sale records. Sometimes this information is readily available online via official gallery, auction house or dealer websites, but if it is not, then all reputable dealers and auction houses including Sotheby’s and Christie’s will have experts on hand who can dole out information for would-be investors. Evidence of provenance can come in the form of past exhibitions, a record of auction sales or private dealer records. Investors should also remain wary that, even if the piece of art is genuine, it may be stolen.

The Art Loss Register—the world’s largest database of stolen art—can be used by both investors and professionals in the industry to ensure that a piece of art submitted for auction has not been reported stolen or missing. The website has proven to be a key asset for investors, proving pivotal in the recovery of Paul Cézanne’s Bouilloire et Fruits (c.1888-1890) which was stolen in 1978.

Finally, investors should remain wary even of paintings that display a signature—a supposed mark of authenticity. Signatures are perhaps one of the simplest aspects of forgery and can, unfortunately, be applied with ease.

Art investment can prove to be incredibly financially lucrative and valuable. To further protect this financial venture, it is imperative that buyers consider taking out specialist art insurance to cover losses should an investment be lost, damaged    or stolen.

Art Finance: A Crucial Player in the Asset Market

The Legacy of Renaissance Architect Michelozzo