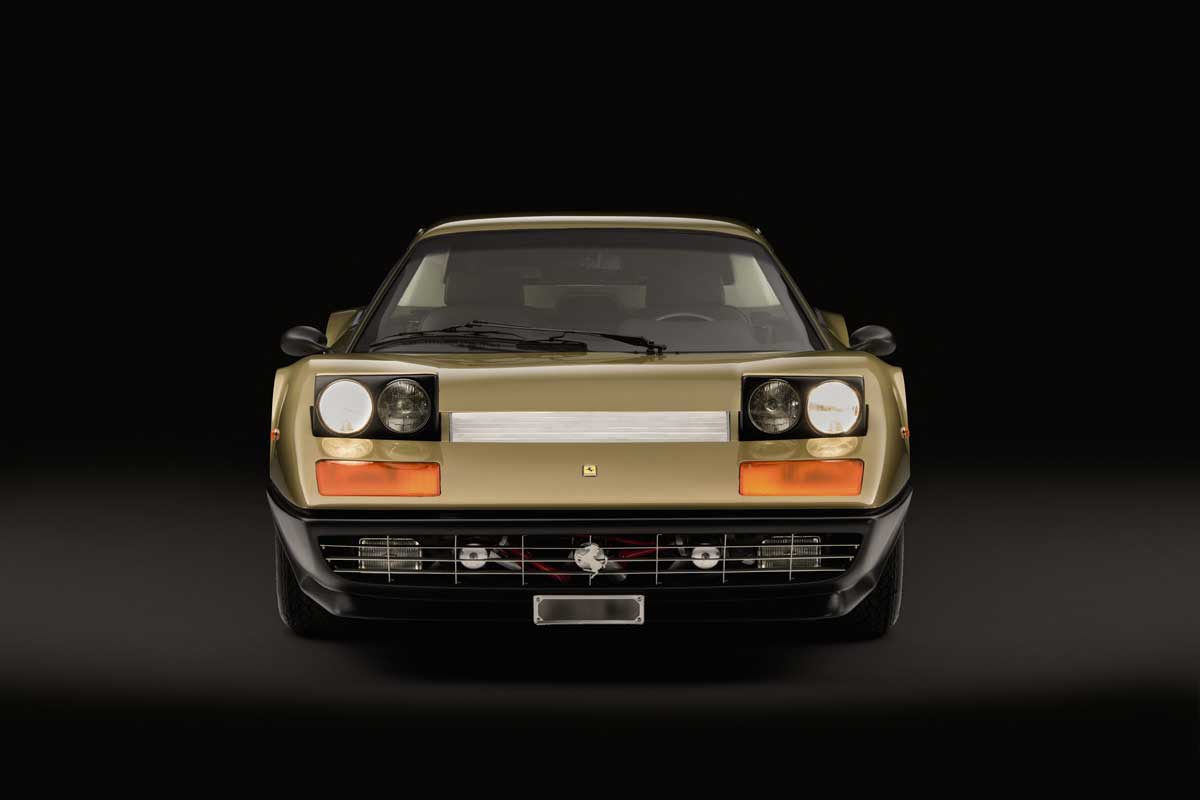 A one-of-a-kind gold Ferrari will be offered at a special Sotheby’s auction in October.

The car—which is currently estimated to fetch £350,000-400,000—will be offered as a highlight of The Midas Touch, Sotheby’s first-ever auction completely dedicated to gold.

The rare vehicle is also the only one to leave the production line with its interior trimmed in Testa di Moro brown leather.

Paul Darvill, RM Sotheby’s car specialist, said: ‘The overall effect of the car’s unique colour combination of gold over a brown leather interior is both stunning and quintessential of its period.

‘The car has a wonderful restoration and is perhaps one of the most desirable Berlinetta Boxers available to the market anywhere in the world,’ he added.

The Midas Touch sale, which will be held live and online, will tell the story of ‘the king of metals’ through art and time.

Other items in the sale include a chair that belonged to Emperor Napoleon and Marc Quinn’s bust of Kate Moss in solid gold.

Head of The Midas Touch sale, Constantine Frangos, said Sotheby’s was delighted to have ‘such a show-stopper’ in the auction house’s first-ever gold sale.

‘The Ferrari really encapsulates the excitement, luxury and pure extravagance associated with gold.

‘The uniqueness of this car makes this a fantastic opportunity for collectors and car enthusiasts alike,’ she added.

Upon the car’s discovery in Turin in 2015, it was returned to Modena to undergo a full restoration—the rare vehicle had been painted red over with a beige interior, effectively hiding its rare and original colour scheme.

The Ferrari Berlinetta Boxer model was first introduced to the world at the 1971 Turin Salon in response to the release of the Lamborghini Miura.

Along with other objects on offer, the gold Ferrari 512 BB will be on display in Sotheby’s London’s showrooms from 13-17 October.

The Midas Touch live sale will take place on 17 October, while online bidding for the online sale will be open from 9-19 October.

All You Need to Know about Art Insurance