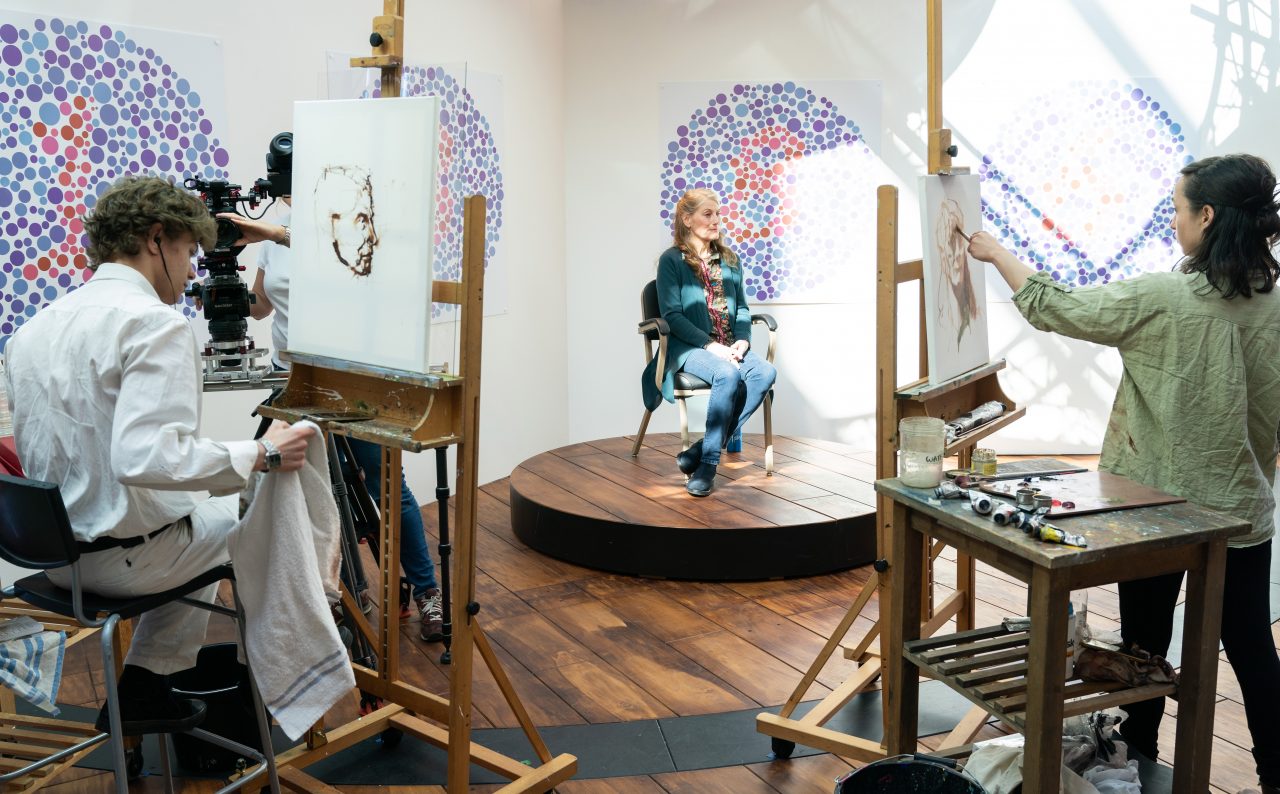 Sky Arts’ Portrait Artist of the Year has returned to our screens. The first episode was broadcast on Tuesday, 12th February 2019 on Sky Arts and NOW TV, with presenters Joan Bakewell, and, taking over from Frank Skinner, actor and art-lover Stephen Mangan.

The eight winners from each heat go on to paint British jazz legend Courtney Pine MBE in the semi-final. The remaining three artists through to the Final will then paint Hollywood actress and singer Laura Linney at the National Portrait Gallery. Those three finalists are also given their own special commissions to be judged alongside their final work featuring musicians Claire Rutter, Jazzie B and Dame Cleo Laine.

The returning judges are award winning artist Tai Shan Schierenberg, independent curator Kathleen Soriano and art historian Kate Bryan. The overall winner will be commissioned to paint the portrait of Sir Tom Jones, which will hang in the permanent collection at The National Museum of Wales. Each celebrity sitter was allowed to keep one of their finished portraits – regardless of whether that artist went through to the next stage. According to previous artists, that’s the beauty of the show – and that the ‘taking part’ is life changing, both for their business and artist profile.

The final of the series is broadcast on April 16th.

This is the fifth series of the show, which is produced by London and Glasgow-based independent production company Storyvault Films. Sky’s Portrait Artist of the Year (PAOTY) was launched in 2013 and boasts the title of “best performing non-scripted series” for Sky Arts, with viewing figures growing over the course of the series.

All eight heats were filmed in the courtyard of The Wallace Collection in London’s Manchester Square, home to one of Europe’s finest art collections. The winner of ‘PAOTY 2018’ was Samira Addo, who won the commission of actress Kim Cattrall now hanging in the Walker Art Gallery in Liverpool. The year before Gareth Reid won with his stunning portrait of Graham Norton – who in an unusual twist of fate turned out to be a distant relative – which is now in the National Gallery of Ireland.

Also showing on Sky Arts is Landscape Artist of the Year, a similar format where contestants travel to paint beautiful landscapes across the UK. Stephen Mangan hosts both for the first time in 2019.

Film Props From 24, Star Trek and Flash Gordon Up For Auction by Ewbank's