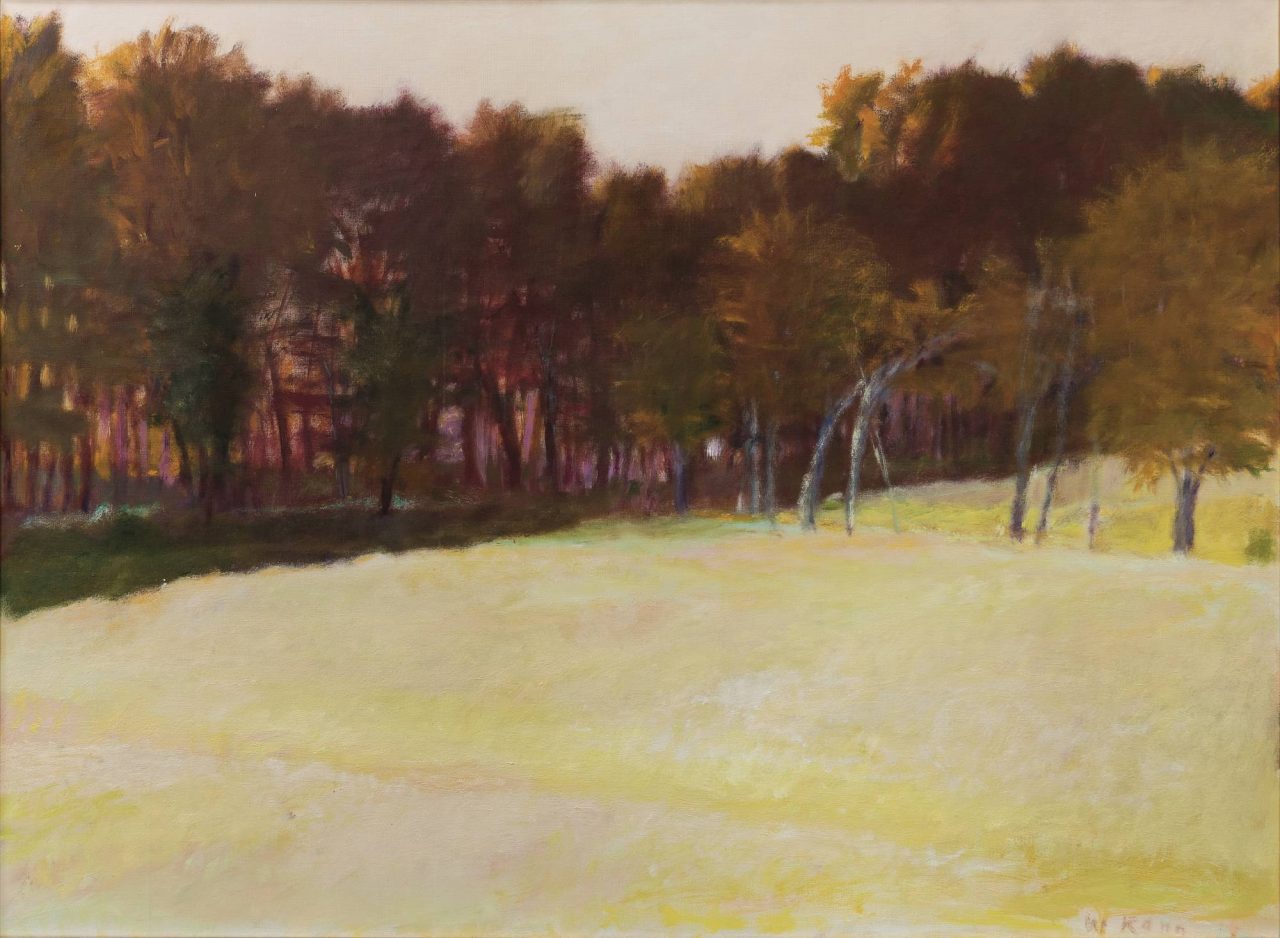 Skinner Auctioneers are set to host a live auction of Modern & Contemporary Art on Friday, 12th November 2021. The sale will feature a diverse selection of Asian, American and European artists whose careers span from the early Impressionist period to today’s contemporary market. The sale includes notable instances of acclaimed artists working outside their anticipated mediums, representing a rare opportunity to see these towering creators in a new light.

Comprising just under 100 lots total, one of the auction’s early standouts is a large-scale oil painting by German-American artist Wolf Kahn, estimated at $30,000-$50,000. Kahn — who passed away in March of last year at the age of 93 — was a renowned landscape artist widely recognized for his vibrant, impressionistic style and often surprising choice of colour. His vivid portrayals of the Vermont countryside make an indelible impression on the viewer. The painting auctioned here is an especially lively example of his work in oil.

Also represented is a black-and-white pastel by Chilean postmodernist Claudio Bravo, estimated $20,000- $40,000, portraying a collection of stones in his signature manner of hyperrealism. Bravo’s technically gleaming trompe l’oeil compositions achieved global renown in the latter half of the 20th century for elevating everyday objects into a realm of mystery. The collection of stones depicted here, in extraordinary sharp detail given the nature of pastels, is an exciting rejoinder to the artist’s typical work in oil. A similar comparison can be made between Gustav Klimt’s drawing of a standing female nude, estimated at $20,000- $30,000. Klimt composed many drawings of female nudes at the height of his career, which capture better than his oil paintings the artist’s spontaneity and intuitive grasp of the human form. This drawing, marvellous in both respects, is less an erotic declaration than a beguiling study of physique.

Other notable works from the sale include a collage of original drawings by American pop artist James Rosenquist, estimated $15,000- $25,000, made during a period where the artist was expanding his media horizons and reflecting on the pedagogy of art making. Ink-and-watercolor paintings by Chinese contemporaries Yang Yanping, Nancy Chu Woo and Ju Ming are representative of the broad scope of the sale, which also includes recent works in bronze and mixed-media by popular mid-career artists Thaddeus Strode and Lionel Smit.