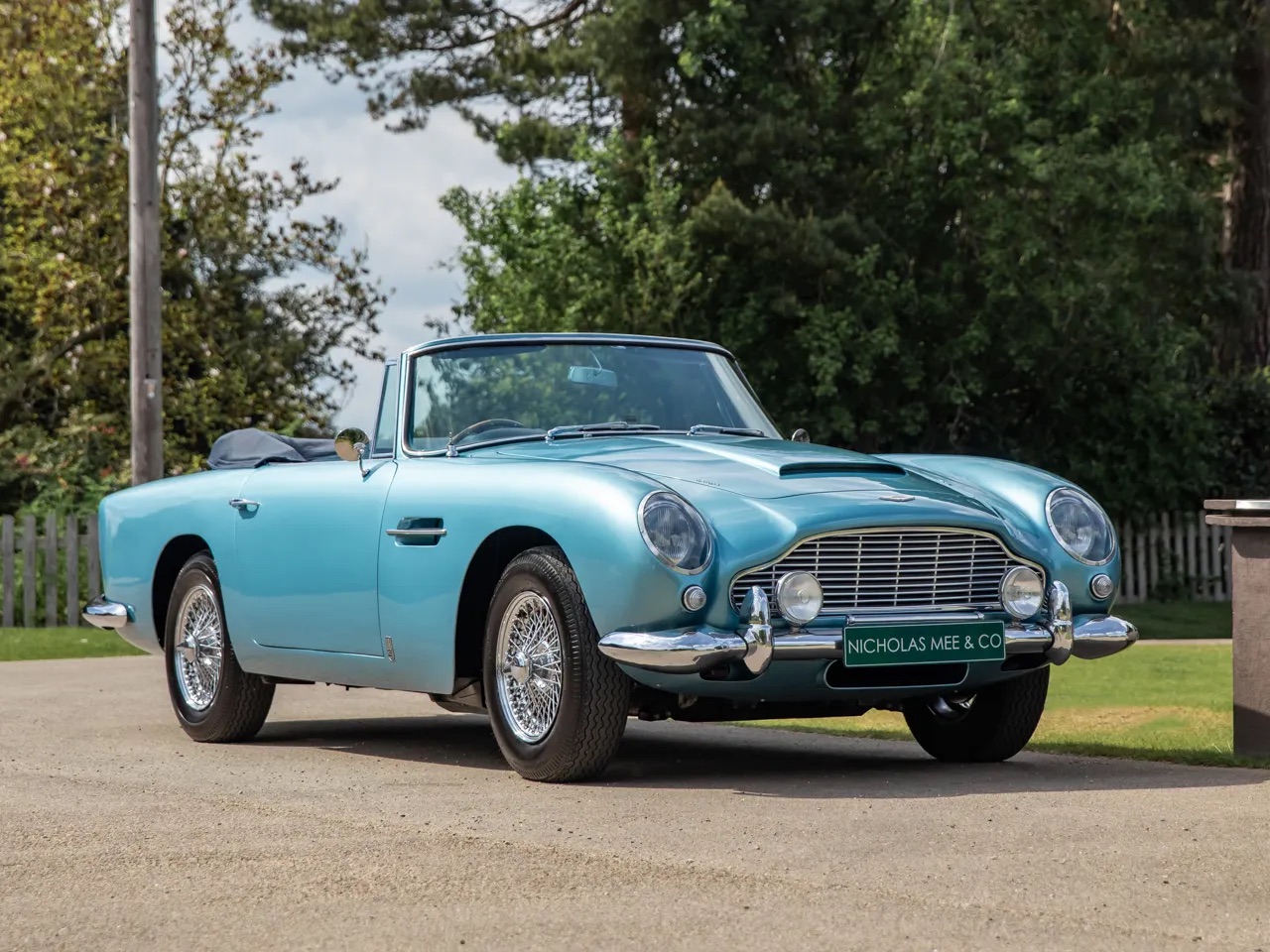 An Aston Martin DB5 Convertible, ordered and owned by the man who gave his initials to the legendary DB-series of cars – one-time Aston Martin chairman Sir David Brown – is now offered for sale by Aston Martin Specialists, Nicholas Mee & Co.

The importance of the Aston Martin DB5 Convertible in automotive history cannot be overstated; with just 123 models ever built it’s one of the most highly sought-after cars for collectors across the globe. The DB5 model first appeared as James Bond’s car of choice in coupe form in 1964 film Goldfinger, but such is its enduring status as a symbol of British prestige it remains an icon to this day, most recently appearing in No Time to Die.

But even among icons, there are those more desirable than others.

Of the 123 DB5 Convertibles built, only one was ordered and owned by Aston Martin Lagonda chairman Sir David Brown, giving the car offered for sale by Nicholas Mee & Co a unique provenance. Delivered to Sir David in January of 1964, the car was built to the highest spec, with a then-new five-speed ZF gearbox, a Power Lock rear axle, chromed wire wheels and a Motorola radio. The factory build sheet, supplied with the car, confirms it was specified in a vibrant Caribbean Pearl, with a Dark Blue interior.

It was cherished by Sir David for three years before being acquired by former Aston Martin DB4 GT owner and garage proprietor, John Wilkinson. During Wilkinson’s ownership, maintenance was carried out at Aston Martin in Newport Pagnell, where records confirm a replacement engine block was installed and a newly stamped manufacturer’s identity plate applied in 1969.

This is the first time in 28 years anyone has had the opportunity to purchase this landmark of automotive history, it was last sold by Nicholas Mee & Co in 1994, the year after the passing of Sir David Brown. Since then it has starred at various Concours events across Europe.

In 2014, it benefited from a major restoration faithful to its original specifications, which included a rebuild of the 4-litre engine, as well as rebuilds of the suspension, gearbox, brakes and rear axle. A bare metal re-paint and complete re-trim of the interior in Connolly hide, along with a new hood covering, completed work and means it drives as beautifully today as it did when in the hands of Sir David.

It was Sir David Brown’s vision that began the DB series of sports cars and grand tourers, beginning with the DB1 right through to the Aston Martin DB11 on sale today. But it was the DB5 that catapulted the DB series to international fame. Today the DB5 is one of the most sought-after collector’s cars in the world, with just over 1,000 examples made in total of any variant, which included the Convertible and the performance-enhanced Vantage versions.

Sir David acquired Aston Martin in 1947 for £20,500 after seeing an advert in The Times newspaper offering the sale of a “High Class Motor Business.” He saved the ailing brand, which had ceased to produce cars to focus on making aircraft parts during World War II, and is key to the reason Aston Martin makes some of the world’s finest cars today, including a model that still bears his initials.

Founder of Nicholas Mee & Co, Nicholas Mee, said: “The very fact that Sir David Brown owned this DB5 Convertible makes it one of the most special and unique DB cars of all time. The DB5 itself is the most iconic Aston Martin model ever produced, but this car’s provenance sets it apart.

“It is restored to precisely the same specifications Sir David ordered it in back in 1964, it’s a car he cherished and loved. This is a one-of-a-kind example of British automotive history.”

A full description, image gallery and video can be found here.

The Other Art Fair Returns to King's Cross

How Art Collecting Has Evolved