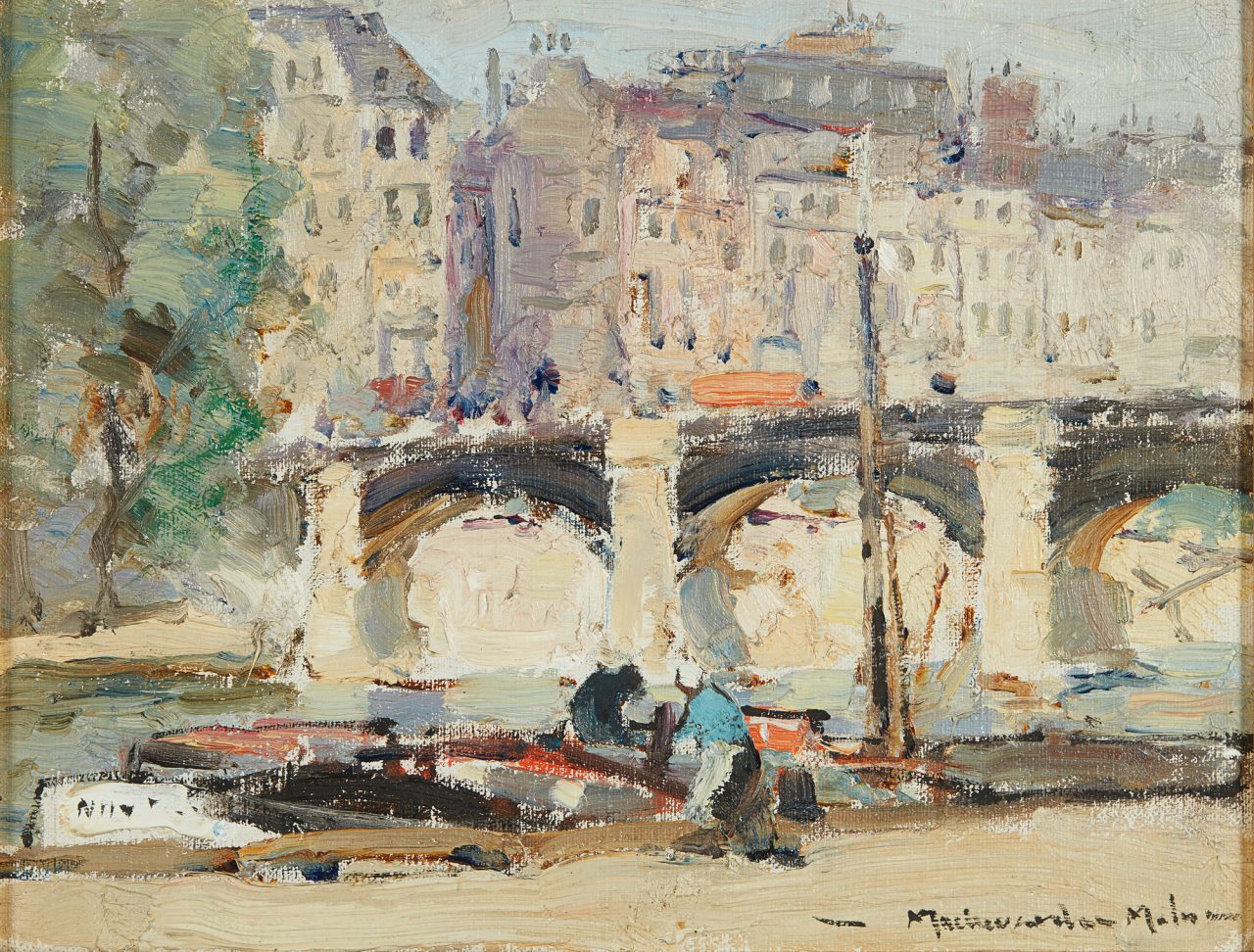 A beautifully executed work by celebrated Scottish artist Samuel John Peploe (1871-1935) valued at £150,000 to 200,000 leads Lyon & Turnbull’s forthcoming Scottish Paintings auction on 5th December in Edinburgh. An elegant example of Peploe’s mastery of colour and composition, Still Life of Roses and Pear will be offered alongside a number of important works by the other Scottish Colourists John Duncan Fergusson, George Leslie Hunter and Francis Campbell Boileau Cadell.

The Scottish Colourists Samuel John Peploe (1871—1935), John Duncan Fergusson (1874—1961), George Leslie Hunter (1877—1931) and Francis Campbell Boileau Cadell (1871—1935), are among Scotland’s most cherished artists. Although individually distinct, and never all working together in their lifetimes, they had a shared affinity that has united them posthumously

Nick Curnow, Paintings Specialist and Vice Chairman, said: “In our sale we have some of the most important Colourist paintings to come on to the market in recent years. Peploe’s Still Life of Roses and Pear is an assured and confident painting, it displays the handling and painterly freedom that made Peploe’s name, brought success and built a reputation that endures in the Scottish art market to this day.”

John Duncan Fergusson, perhaps the most innovative of the Scottish Colourists, whose painting Boulevard Montparnasse valued at £70,000 – £100,000, is also in the sale. Fergusson maintained a flourishing career throughout the early 20th century and Boulevard Montparnasse dates from Fergusson’s first year in Paris and already hints at the influence of his French contemporaries.

All the Scottish Colourists spent time in living and training in France and it was on their return to Scotland after their period of enlightenment that Francis Campbell Boileau Cadell and his friend Peploe discovered the remarkable colour and light of the west-coast isle of Iona. A paradise of turquoise waters, white sands and rugged rocky terrain Iona was a true artist’s haven, one that that Cadell and Peploe would explore in great detail over many years. The three works by Cadell on offer in the December auction capture the island’s religious (Iona Abbey, Interior at £40,000 – £60,000), historical (Crofts, Iona at £30,000 – £50,000) and spiritual (Cathedral Rock, The Storm at £40,000 – £60,000) significance.

George Leslie Hunter began taking trips across Europe in 1922. His work from this period focused heavily on his distinctive still life compositions- such as Still Life with Marigolds (£40,000-60,000) and his 1925 painting Still Life with Fruit and Pink Rose (£60,000 – £80,000) – influenced by the vibrant palettes and strong brushstrokes of Matisse and the French Fauves.

The Scottish Colourists’ ability to fuse elements of Scottish heritage and the Glasgow School style with various aspects of the Parisian avant-garde, breathed a new life into 20th century Scottish art, an influence that can clearly been seen in a number of other important works on offer on 5th December at Lyon & Turnbull.

Edinburgh College of Art student Anne Redpath (1895-1965) also travelled and studied extensively on the Continent during her career. Windmills at the Pas de Calais (£10,000-15,000) and Still Life – Three Tomatoes (£6000-9000) are fine examples of her Impressionist inspired use of colour and texture.