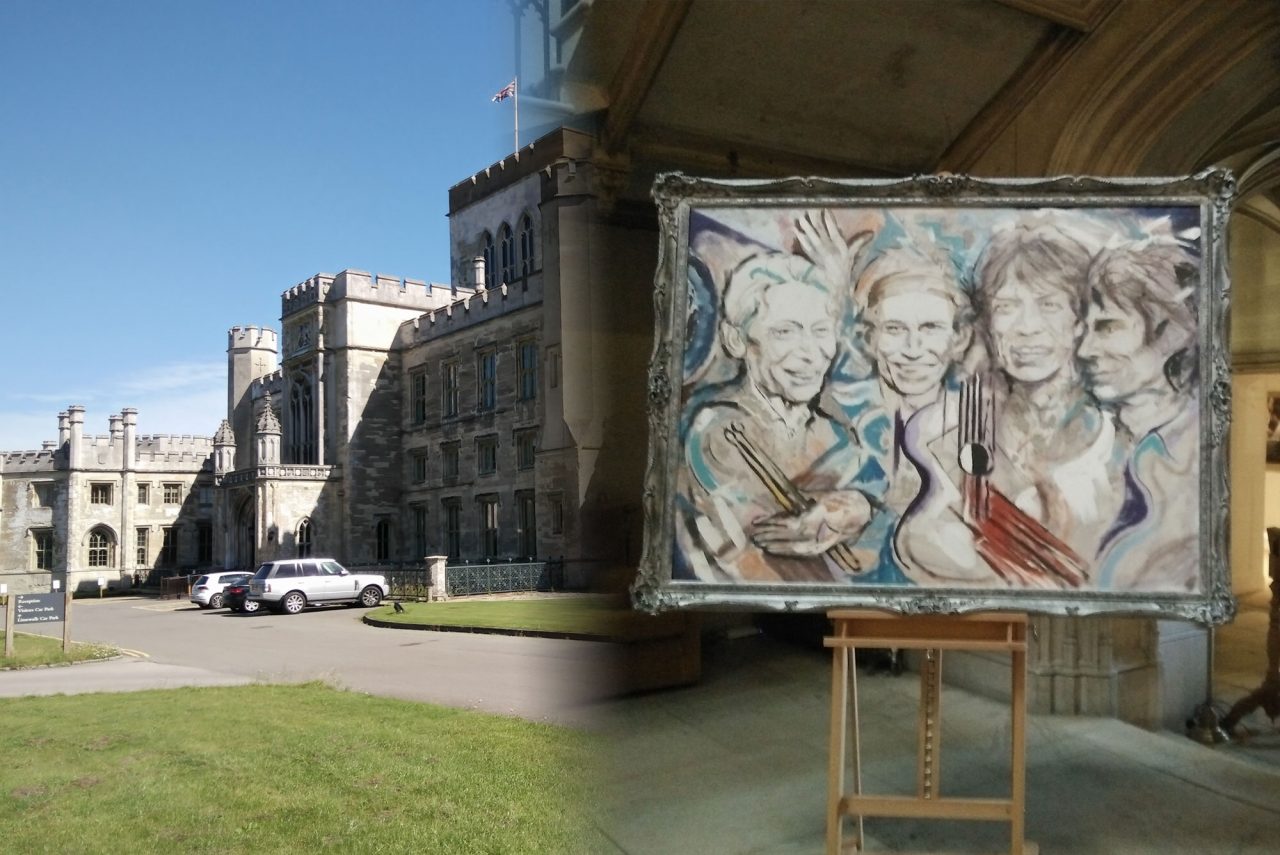 Critically acclaimed artist, musician, song writer, and esteemed Rolling Stones guitarist Ronnie Wood is exhibiting a huge selection of his works at Ashridge House in Hertfordshire from 21st-27th August. All proceeds from ticket sales go to the NHS.

Ronnie Wood x Ashridge House sees Ronnie present a collection of over 100 original artworks including some of his most treasured paintings, a series of sculptures and a selection of etchings, within the extraordinary interiors of Ashridge House. Many of the works are previously unseen and the exhibition will also include new pieces that he has produced during lockdown.

The exhibition is presented over seven rooms, plus one work presented in the magnificent surroundings of the chapel. Most of the works are for sale, at prices ranging from around £4,000 to £450,000, plus VAT.

There is a room dedicated to Ronnie’s paintings of Ashridge House and its spectacular grounds, while other subjects include his partners in the Rolling Stones, other famous musicians including Elvis Presley, nostalgic images from his family’s history as bargees, and landscape and animal studies, including bronzes of horses and a spectacular 3m painting of Pegasus inspired by Louis Rouillard’s bronze horse sculpture outside the Musee D’Orsay. (Image top of page – Ronnie Wood, Spanish Welcome, 1016, oil on canvas, 120x150cm, £275,000).

Ronnie Wood has been painting for 70 years, longer than he has been involved in music, and says in his biography: “As a guitarist, I’m known for playing the slide guitar and very much as a rock guitar player – a defined genre. My art allows me to explore more. I break the confines of a chord sequence with my art; I’m able to do whatever I want without having to think about being a part of a band, restricted by what a particular song needs.” 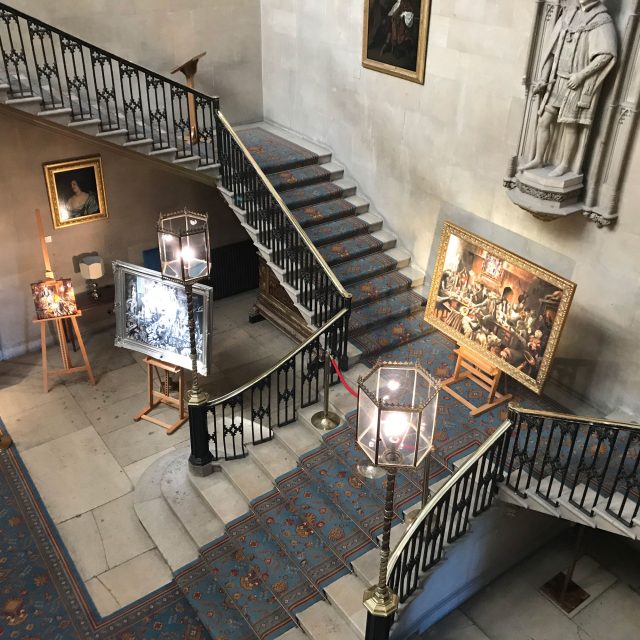 Set in 190 acres of parkland in Berkhamsted, Hertfordshire, Ashridge House is steeped in 700 years of British history. It was first established as a monastery in 1283 but after the dissolution of the monasteries in 1539, it became the country residence of King Henry VIII and later Queen Elizabeth I in 1550. 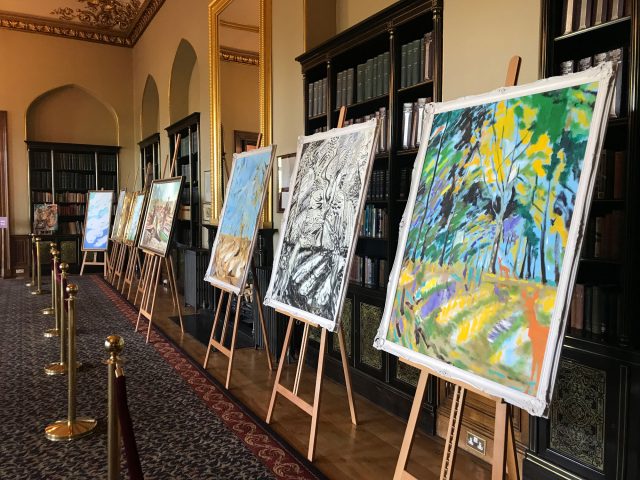 Ashridge was purchased by Sir Thomas Egerton (Queen Elizabeth I’s Lord Keeper) in 1604 and Ashridge House became home to the Dukes and Earls of Bridgewater who were in residence there until the First World War. In 1808 Ashridge was almost completely rebuilt by James Wyatt in the spectacular style seen today.

Ronnie Wood says: “I’ve long been inspired by the beauty of Ashridge House and its incredible gardens. I’ve passed by it many times and have always been intrigued by what it’s like inside and the story of the place. I’ve recreated Ashridge in many of my paintings over the years, so to finally go inside and explore such a historic and fascinating place and have the opportunity to show my work there is a really special moment. I hope visitors will come in August and enjoy the art in these breath-taking surroundings.”

Ashridge House is four miles from Berkhamsted and 35 miles north-west of London. The estate is easily accessible from the surrounding main motorways. The train journey is approximately 40 minutes from London Euston to Berkhamsted Station and taxis are available to the Ashridge estate, a journey of about 10 minutes. The drive from London via the M1 takes approximately 1 hour and 15 minutes. Unlimited open-air car parking is available free of charge.