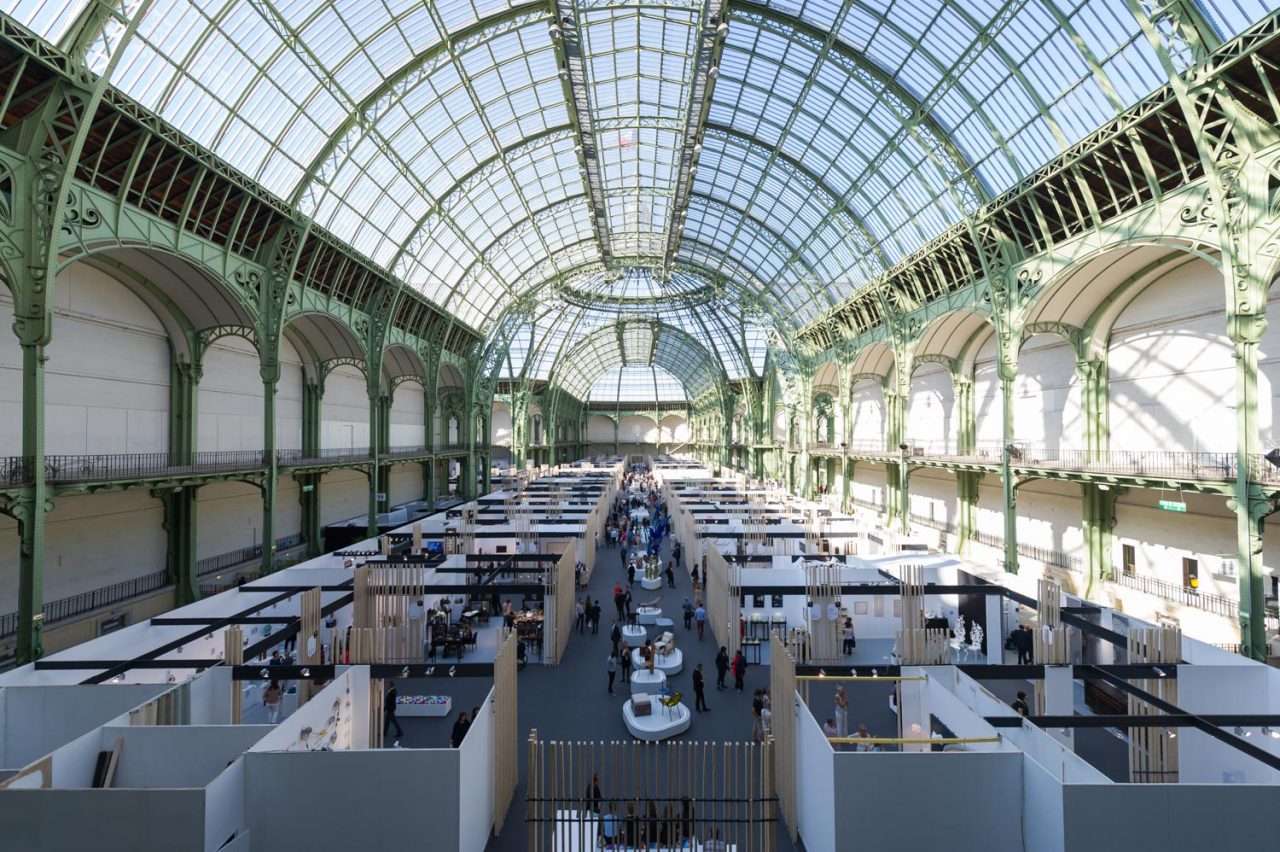 The Revelations International Fine Craft and Creation Fair is a five-day event being held from 22nd May to 26th May 2019 at the Grand Palais Paris. The event showcases products in categories including contemporary jewellery, metal and glass sculpture, unique pieces, woodworking objects and products and services in the gifts and handicrafts industry.

With 33 countries attending, the 2019 edition will be marked by a dramatic increase of international participants. Compared to 2017, twice as many regions of the world will be represented, with an emphasis on Oriental, African and Nordic influences.

The highlight of the event is the international exhibition Le Banquet, installed in the nave of the Grand Palais. Praising the universality of fine crafts and creation, it is composed of archipelagos, represented by different exhibition islands each dedicated to a given region of the world. Eleven countries will be represented at this 2019 edition, for eight of whom it will be a first.

Celebrating its 40th anniversary at Revelations, the World Crafts Council Europe will present a panorama and contemporary perception of European fine crafts through twenty or so pieces including those of the Norwegian Hanne Friis, through her piece Nuances in Blue and Black, made for the exhibition Vi lever på en stjerne (We Are Living on a Star) at Henie Onstad Kunstsenter in 2014. This exhibition addressed the public debate in Norwegian society after the 2011 terrorist attack in which 76 people were killed. This monumental sculpture arises as the result of an enormous work assembling then sewing blue and black jeans, and will have a prime position in the showcase of the Grand Palais.

To promote this 4th edition of Revelations, Luxembourg has been selected as country of honour, and promises to ‘amaze you with the singularity of its contemporary creators’ savoir-faire and talent’.

Among the exhibitors is Franck Genser, whose furniture designs are influenced by the Art Deco style of Jacques Emile Ruhlmann. Genser, an entrepreneur, technologist and innovator, takes design cues from the 1920s and influences from his travels to China, Japan and Myanmar, where he studied lacquering techniques and craftsmanship in precious materials. His furniture designs are also influenced by his studies on Gestalt therapy, which teaches an understanding of ‘fields’. Working with designers and artisans in an experimental space, Genser “Models the field that emanates from objects… The field is our moving perception of the present moment. The field manifests through emotions, light, surfaces, materials, shapes, sounds, the touch with the raw material, architecture… and the encounter with the individual.”