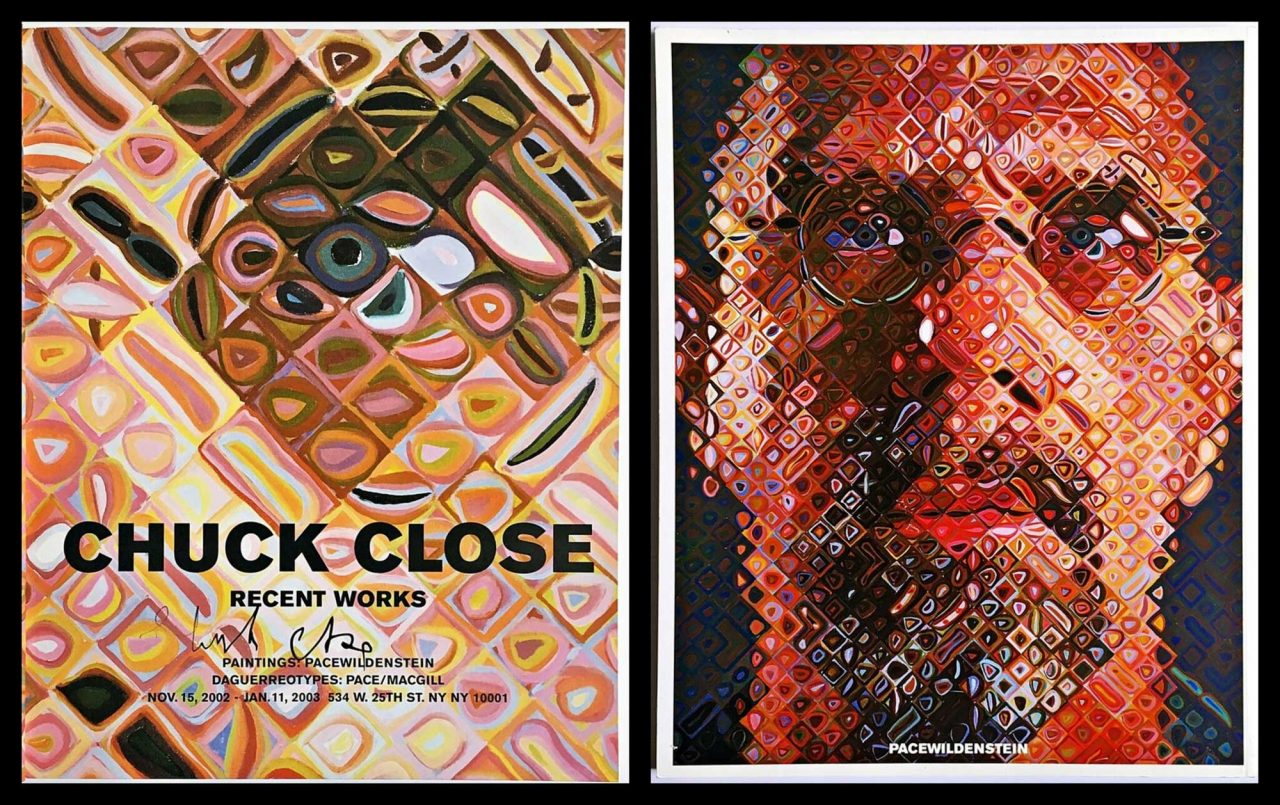 American painter, visual artists and photographer, best known for his significant and intricate grid portraits and photorealist paintings, Chuck Close has died at the age of 81.

His attorney, John Silberman, confirmed that Close passed away in hospital in Oceanside, New York.

Born in Monroe, Washington, in 1940, Chuck Close suffered in school as he was diagnosed with dyslexia, but remained as a keen artist from his early age. Close persisted in his art and therefore eventually went on to successfully complete a Master of Fine Arts programme at Yale University in 1964.

He rose to fame through the 1970s and 1980s devoting most of his time to portraying his himself and his peers. His first self-portrait came in 1968 and remains one of his most famous pieces. Titled Big Self-Portrait, it lived up to its name, standing at nearly nine feet tall. The black and white self-portrait depicted a scruffy-looking Close, wearing his thick-rimmed glasses with a cigarette glued in between his lips, glaring at the camera with his dangly chest hair creeping in at the bottom. It was notoriously difficult to tell whether the piece was a painting or a photograph, and in later years Close refined his hyper-realistic style to the nth degree.

Photographing and painting his way to success, Close added colour to his game, depicting images of his family and some of his closest friends which included composer Philip Glass and sculptor Richard Serra. Close remained true to his style and continued to portrait figures such as fellow artists Cindy Sherman and Alex Katz. He not only painted other artists but also world-renowned, influential figures including American actor, Willem Dafoe and former US presidents, Bill Clinton and Barack Obama.

His works were on another standard compared to other artists during his era. The scale and quality of the works he was producing set him apart from others. Many of his works had been showcased in various galleries, museums and even been displayed in the New York City Subway.

When describing Close’s artistic style shown in his paintings, the Akron Art Museum in Ohio said: “[The images] are filled with tiny abstract-colored shapes, individual brushstrokes or even the artist’s fingerprints. When viewed from a distance, the individual marks miraculously resolve into a surprisingly realistic face.”

However, as the years went by for Close, he began to be counter with various issues. As well as previously being diagnosed with dyslexia, Close had also suffered with lifelong prosopagnosia. This meant that he had regular trouble with recognising people he knew. Close attempted to find a way to manoeuvre his way past this issue by trying to recognise a characteristic detail on a person’s face that would lead him to identify the person.

British neurologist, Oliver Sacks, when writing about Close quotes him as saying: “I don’t know who anyone is and essentially have no memory at all for people in real space, but when I flatten them out in a photograph, I can commit that image to memory.”

In 1988, Close’s career as an artist, looked to be finished as he experienced a spinal stroke, leaving him paralysed from the neck down, which left him on a wheelchair, eating with a fork tied to his hand. Despite this accident, he was determined to paint again. After months of rehabilitation, he managed to learn to paint once again and renovated his style.

It is said that he told his close friends: ““I’ll spit on the canvas if I have to.”

The issues did not stop there as in 2013, Close was diagnosed with Alzheimer’s disease and then diagnosed with frontotemporal dementia in 2015. However, the issues reached another level as in 2017, the artist was involved in allegations of sexual harassment from several women, dating from the years 2005 and 2013. Due to these accusations, many of his planned exhibitions were postponed including an exhibition at the National Gallery of Art in Washington.

Close’s doctor, Thomas M. Wisniewski told the New York Times that the actions he was accused of could be explained through the different physical problems he was suffering from at the time.

“[Close] was very disinhibited and did inappropriate things, which were part of his underlying medical condition. Frontotemporal dementia affects executive function. It’s like a patient having a lobotomy – it destroys that part of the brain that governs behaviour and inhibits base instincts.”

Despite the difficulties of his later years, Close will be remembered for a striking style and body of work. His most valuable work, John (1971-2), sold for $4.8 million at Sotheby’s New York in 2005.