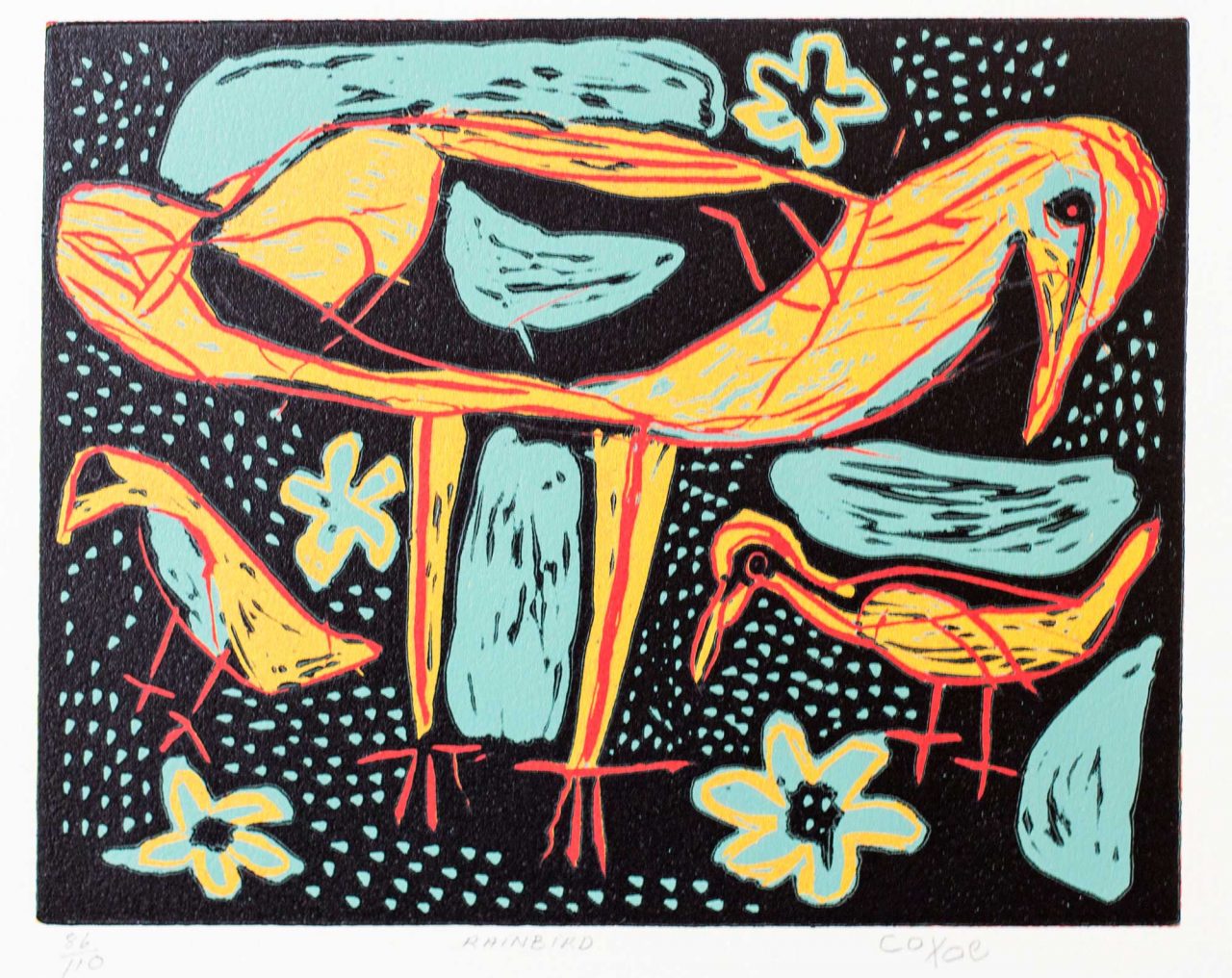 Rebecca Hossack Art Gallery of London shows SAN: CONTEMPORARY ART OF THE AFRICAN BUSHMEN from 5th June – 3rd July 2021. This is a major survey show of one of the most exciting, yet least known, movements in contemporary art: a non-Western tradition at once ancient and modern, immediate and other.

The culture of the Bushmen, or San peoples, of southern Africa is amongst the oldest – and richest – in the world. It stretches back in an unbroken line over forty thousand years. It is only, however, in the last thirty years that its complex iconography of stylised animal and plant forms – first set down in rock paintings, carvings and body-art – has begun to be fixed in permanent and portable media, as paintings on canvas and prints on paper.

These are pictures of extraordinary freshness and power – imbued with both a sense of the eternal rhythms of nature and the contemporary socio-political concerns of a marginalised people. A new art movement has been born.

The initiative was inspired, in part, by the example of the Australian aboriginals, and the influential ‘Desert Painting’ movement begun in the 1970s, which similarly transformed an ancient indigenous tradition into a contemporary cultural force. And it was this connection that encouraged several San communities to approach the Rebecca Hossack Art Gallery – with its international reputation for promoting aboriginal art – to exhibit their work.

Over the past three decades Rebecca Hossack has maintained her close connection with the movement, visiting the Kalahari, and mounting a series of ground-breaking shows of San art in both London and New York.

San: Contemporary Art of the African Bushmen provides a new and important survey of the movement so far, bringing together major paintings by all the leading artists of the group, as well as a comprehensive collection of linocuts, screen-prints and monotypes. The exhibition will be supported by a series of talks and seminars.

Currently at Rebecca Hossack until 17th April 2021 is Barbara Macfarlane: Land Marks, a major exhibition of new work by the British landscape-painter. It includes atmospheric plein air depictions of the French and English countryside, together with distinctive map-like representations of London, Paris and other great cities of the world, which approach the challenge of landscape from an aerial perspective, blending abstraction with the emotive use of colour.

Own a Piece of the Irish Whiskey Story from Boann Distillery